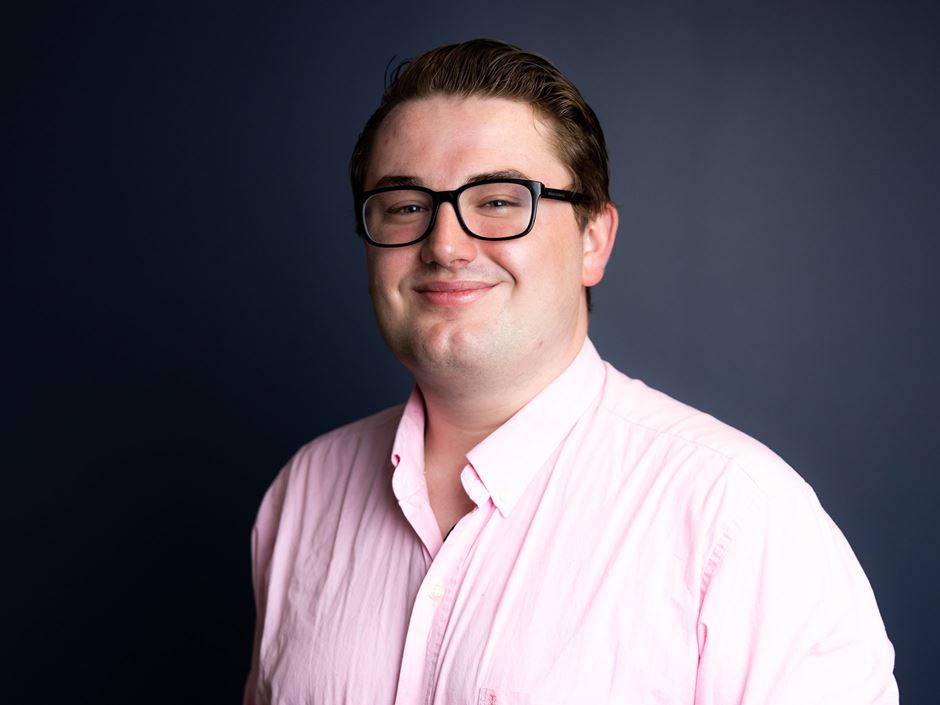 With Endicott’s support, Nate Magoon ’22 has come to terms with his truest self—on and off the stage.
By: Megan Tkacy

This is one in a series of profiles spotlighting Endicott’s outstanding 2022 graduates. Read about Sam FanFan, Sarah Horgan '22, Julia Keegan '22, Will Levine '22, Jamyang "Z" Tamang '22, Fernanda Trevino '21, and Colby Yokell '22.

Fresh off his performance as Brad in Endicott’s production of The Rocky Horror Show, Nate Magoon ’22 is still a bit floored by—and proud of—his personal growth over the last four years.

As a self-professed “deeply closeted” teen, he never would have imagined that he’d one day rock a corset and bikini bottoms on stage. But that’s exactly where he found himself in his most recent role, and his parents and peers were in attendance cheering him on. 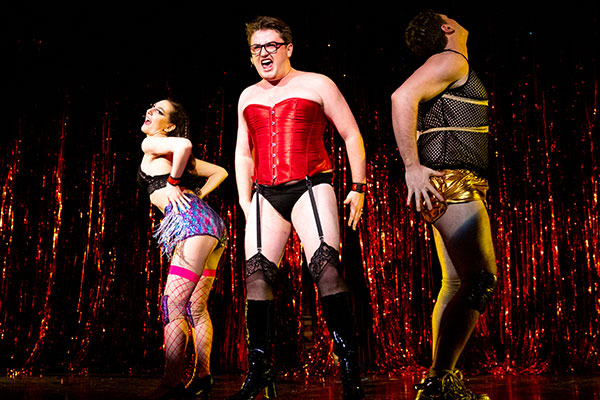 “With the support of my parents, sister, and the Endicott community, I’ve been able to come to terms with my truest self,” Magoon said, adding that his younger self would’ve been absolutely terrified to bare almost everything in the name of theater. “I’m proud of who I am, and I want other people to be the best versions of themselves.”

Magoon, a digital media major, started in the theater when he was 10. Since then, it’s always served as a safe place, a community. It’s also something that attracted him to Endicott. Other schools, he explained, didn’t allow as much freedom to pursue extracurriculars. Magoon wanted to do it all, and Endicott allowed that flexibility.

“It was important to me that I could be part of any club, regardless of major,” he stressed. Magoon’s joined the Endicott Singers, Spotlight Drama Club, and ECTV. He also starred in several on-campus theater productions, landing his first role in Into the Woods as a first-year student.

From his first moment on campus, Magoon felt that Endicott could offer that sense of community he’d always felt in the theater. I’ve made friends here that I honestly don’t know how I’d be able to live without them if I hadn’t met them,” he said. “Part of the reason why my experience has been so great is the people, and I know that going into post-grad life I’m still going to have those people.”

Throughout his time at Endicott, he’s also served as a community service leader, a resident assistant, and a campus tour guide. Showing the Beverly campus to prospective students has been one of his favorite things about his experience. “During the tour, I always try to clarify to students that they don’t have to come here. I’m not a salesman. I’m not like, ‘This is the only option.’ That’s not what my job is in my eyes. In my eyes, my job is to show you what life could be like at the Nest,” he said.

Internships have been another rewarding aspect of Magoon’s experience. He worked with TV station WMUR News 9 in New Hampshire—first as a digital media intern and then as a freelance production assistant. During senior year, he was a marketing and communications intern for the Wenham Museum and, this summer, he’ll travel with Firecracker Sports as one of its digital content interns. 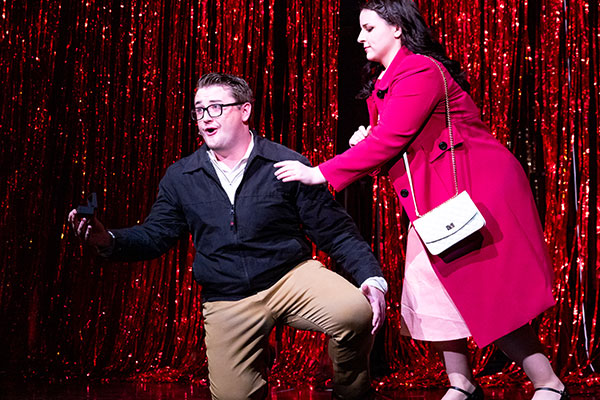 Each internship has been satisfying in different ways, he explained, emphasizing that they put into focus what he does and does not want in a career: “When I’m on tours, one of the biggest things I share with families is you kind of have to think of internships as letting yourself try different ice cream flavors. There are so many kinds of things you can do, so you’re really giving yourself the opportunity to try it before you must commit to it long term. I think that’s a beautiful thing.”

As a first-generation graduate from a middle-class family, Magoon also said that he “can’t help but feel like I was successful in persevering, even though there were so many struggles to face.”

In just one year, he lost three close family members; then, he had to grapple with pandemic-related stressors. But perhaps his most significant act of perseverance has been in his mission to find and define himself.

“I’m now in my senior year and I’m a queer person who’s a student leader. My 17-year-old self would not believe it,” he said. “I’ve had plenty of residents—plenty!—over the past three years who have identified as queer or part of the LGBTQIA+ community. I’m thankful that I’ve been able to be a resource for them and hopefully a symbol that a person who identifies as a member of that community can have success on Endicott’s campus.”