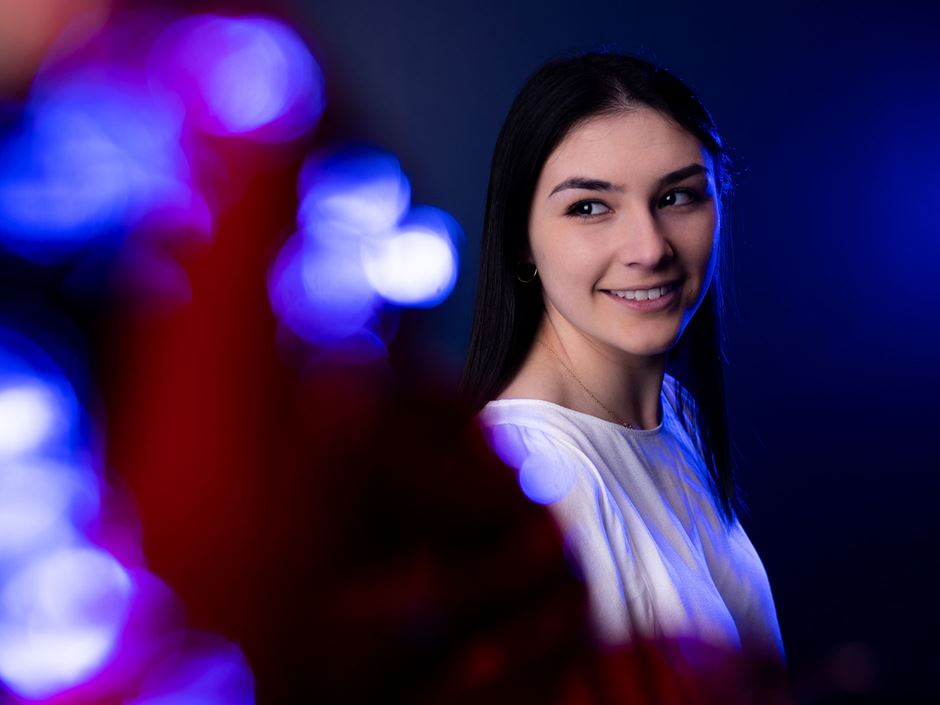 Fernanda Trevino ’21 not only graduated early but left Endicott with a tennis championship and a role with American Airlines.
By: Michael Melia

This is one in a series of profiles spotlighting Endicott’s outstanding 2022 graduates. Read about Will Levine '22, Sam FanFan, Jamyang "Z" Tamang '22, Sarah Horgan '22, and Colby Yokell '22.

Growing up in Dallas, Fernanda Trevino ’21 didn’t quite have a New England school as her top college choice. But, sometimes, an opportunity arrives out of nowhere that can lead to doors opening up.

Born in Mexico City, Trevino moved to California when she was six. While there, she was active in gymnastics but decided to make a change when she moved to Dallas at age 14.

“I quit gymnastics to focus on school, and I was really just overworked from it,” she said. “And that’s when I got into tennis.”

Her father had been a pro tennis player, and her parents wanted something to keep her busy. Trevino figured it would be an easy sport to pick up since she was already so familiar with it.

As she continued playing tennis throughout high school, she found herself enjoying it enough to continue playing in college. “I didn’t really know where I wanted to go, but I knew I wanted to play tennis,” she said. “I also knew that, realistically, a smaller school would be a better fit.”

Endicott College wasn’t even on her radar. But when the Endicott tennis team called, “first I was like, Massachusetts? I don’t know,” she recalled. “It’s so far from home, so I ignored it at first. But they were persistent, so I decided to give them a shot with an overnight visit.”

That sealed the deal.

“The campus is beautiful, and I got to meet my future teammates. I just loved the vibes of everyone. They ended up becoming some of my best friends,” she said.

“My first year, I interned at a small accounting firm, but it was more of an administrative role,” she said. “Even though it wasn’t a finance-specific internship, it helped narrow down things I liked and didn’t.” Her sophomore year internship involved working with clients at a small investment group. “That helped me figure out that consulting was not for me,” she said.

When it came time for her senior year internship, Trevino felt she had a good idea of what she was looking for. Enter American Airlines.

“The first interview was very tough,” she said. “That put into perspective what type of interviews I would be dealing with in corporate finance.” After a second interview, she was selected and began her internship in the summer of 2021 back in Dallas.

“It was honestly one of the best experiences of my life,” she said. “The program was incredible and very inclusive. I was able to work on a summer project for ten weeks with the cargo team. I got to go on station visits and see cargo facilities in Miami and the Dallas/Fort Worth airports and really see what the airline was all about.”

Then, a funny thing happened—all of her hard work meant she would wrap up her Endicott journey in just three-and-a-half years.

“Since I came in with nine credits from high school, and took six classes a semester because I didn’t want to be bored, my advisor told me that I would be graduating early!” said Trevino. 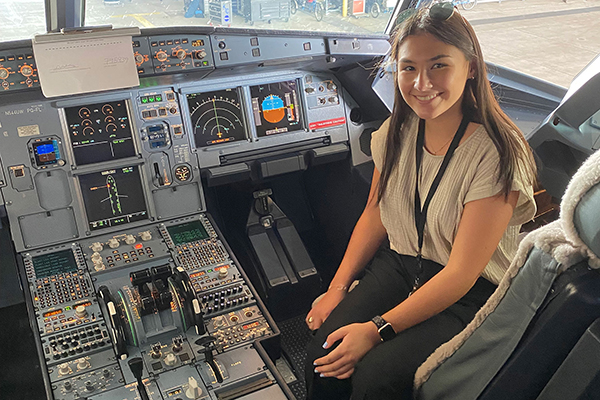 There were many great achievements during her time on the tennis court too, including two conference championships. And while she hasn’t picked up her racket in a while, Trevino is still staying active with OrangeTheory classes and won’t soon forget the lessons and connections she made on the court.

Though she won’t appear at Endicott’s 82nd Commencement, Trevino was just on campus visiting her classmates.

“I really enjoyed my time at Endicott. I made so many good friends, and it was nice to have my tennis team when I was so far from home. They really became my family,” she said.

“I’ve also learned that companies look for student-athletes since they’re so organized,” she continued. “Tennis helped with my time management and just being around such an amazing team prepared me for my future.”