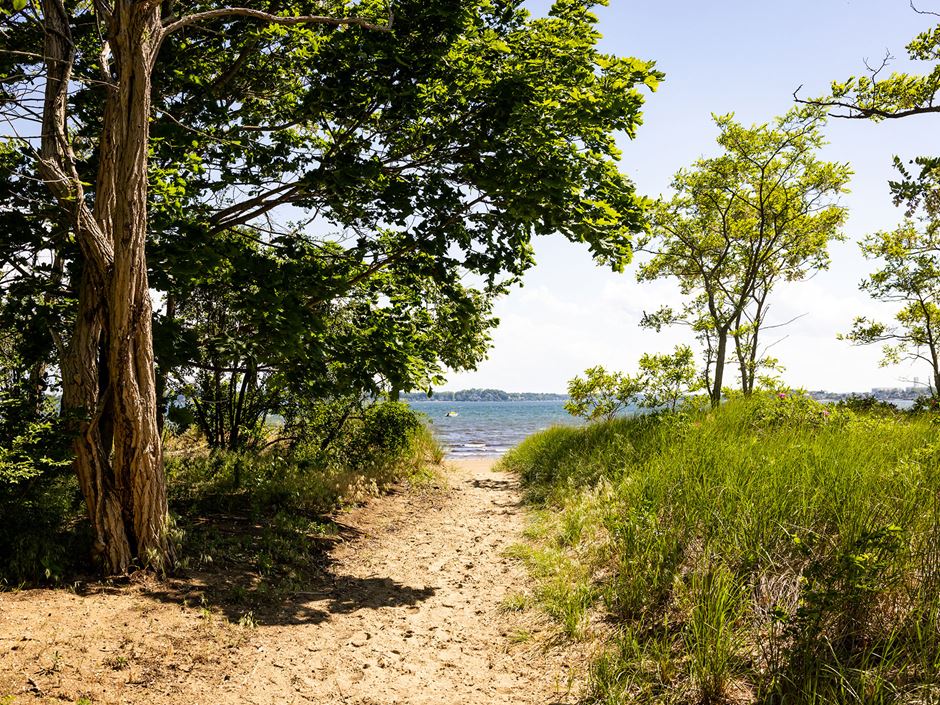 Endicott’s campus is idyllic and intimate, sure, but look beyond the Quad, Mingo Beach, and Hempstead Stadium and you’ll find a spate of hidden gems lurking in plain sight. Think you know the Endicott College campus? Think again.

What’s a college without dusty archives brimming with secrets and artifacts? Tucked away inside Halle Library are the Endicott archives where dance cards, yearbooks, correspondence, vintage sports equipment, and more than 4,000 photographs tell the story of the College’s buildings, campus, students, faculty, administrators, academics, and athletics—and that’s a mild estimation. This summer, the archives are undergoing a reorganization, so who knows what untold treasures may be unearthed?

Snaking behind Endicott’s main campus is a series of easy hiking trails that make for a great excursion or lunchtime getaway, while also offering an intriguing glimpse into the history and geology of the region. Witch’s Lane, for example, was once part of an escape route for accused witches during the Salem Witch Trials, while other trails showcase local vernal pools, hemlock trees, and many important species that thrive in Endicott’s backyard ecosystem. Download a trail guide.

Patch Beach is the lesser-known and lesser-frequented of Endicott’s three beaches. Located behind Tupper Manor and abutting Brackenbury Beach, Patch Beach is accessible by a short trek down a knotty trail and through a scenic marsh. Once there, enjoy a crescent-shaped swath of golden sand and only the occasional beach-goer.

Follow the mossy path behind Reynolds Hall and you’ll come across this tiny cottage, shaded by trees. Now in disrepair and mostly forgotten, the Reynolds Teahouse was once a playhouse for the children of Herbert M. Sears, who lived in the residence around the turn of the 20th century. Sears was a Commodore at the Eastern Yacht Club in Marblehead and, in the mid-1920s, the home served as the Kendall Hall School for Girls before becoming the first building purchased by Endicott in 1939. It’s named after Grace Morrison Reynolds, a one-time Endicott Trustee. 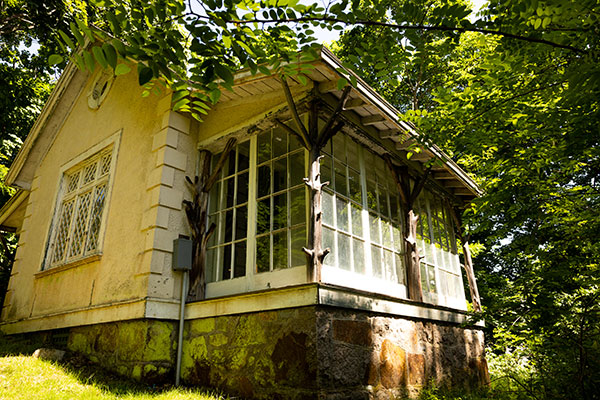 Okay, this one is not so secret, but did you know that it’s open to the public for free skating and hockey sessions? This first-class ice arena named for National Hockey League and North Shore community activist Ray Bourque opened in September 2015 and provides both the Endicott and surrounding North Shore communities with a home for collegiate and high school competition and practice, speaking events, and more. Public skating sessions are $5, while adult drop-in hockey is $12. View the schedule or contact Director of Arena Operations Jay Lilly at jlilly@endicott.edu or 978-998-7731 to inquire about reserving ice time.

Founded in 2021 by Olivia Mersicano ’22, School of Visual and Performing Arts Dean Mark Towner, and Director of Career Services Kate Chroust, Endicott’s Beekeeping Club maintains its hives in the woods just past Physical Plant and Lot 12 (meander that way and you’ll come across a sign alerting you of live honeybees in the area). While one hive was lost over the winter, Towner and Chroust have added a new hive, which is thriving, thanks to a little absentmindedness. While many of the hives are formed with frames, which are easy to move and maintain, Towner and Chroust forgot to add all the frames to the new hive, so now it’s forming organically. And with it, hopefully, some honey at the start of the fall semester.

Not a lot of people who visit Misselwood are scouring its basement, and for good reason. Built as a summer home, the historic Misselwood estate is breathtaking and is now home to La Chanterelle restaurant, a thriving wedding enterprise, and panoramic views over the Atlantic. But venture into the lower depths of this manor and you’ll come across an interesting and heavy brass vault—yes, vault—that is rumored to be a tunnel entrance to the cove where smugglers once funneled in liquor during the Prohibition era.

Rooftop at the Walter J. Manninen Center for the Arts

Everyone knows that the Walter J. Manninen Center for the Arts is home to the School of Visual and Performing Arts (VPAC), plus some of the most riveting art exhibitions on the North Shore. But did you know that the building’s third floor leads to a scenic rooftop complete with chairs and tables? Lunchtime, study time, coffee breaks, morning meditation … the possibilities are endless.

Looking to drop a solo album soon, or want to record your band’s debut record? Also located within the Manninen Center for the Arts is a digital recording studio that’s open to all Endicott community members. If you need to first refine your setlist, book a space at one of the VPAC’s practice rooms—that’s what legendary band Gang of Four did last winter to prepare for their North American tour.

Looking for a quiet space to get away from it all? Take a stroll over to College Hall, but don’t head inside—head to the back lawn. There, you’ll find sweeping views over Mingo Beach with a suite of Adirondack chairs for lounging, as well as tables for working, lunching, relaxing, and chatting with friends.