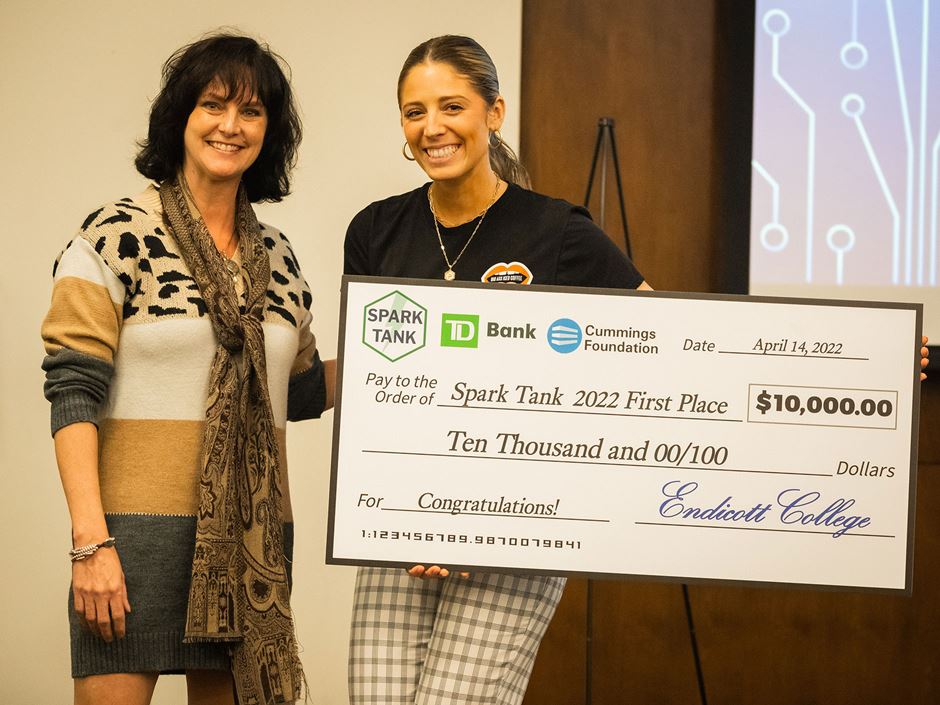 The Endicott version of Shark Tank drew a mix of current students and alumni who showed up to pitch their business and vie to secure $10,000 in startup capital to further their plans.
By: Sarah Sweeney

Fans of the long-running ABC series Shark Tank know that nailing the pitch is half the battle in securing funds and investment partners. The other half is that ingenious idea.

On Thursday night, Endicott’s version of Shark Tank, Spark Tank, took place inside the Klebanoff Auditorium and drew a mix of current students and alumni who showed up to pitch their business and vie to secure $10,000 in startup capital to further their plans.

The event was sponsored by the Colin and Erika Angle Center for Entrepreneurship and a generous grant from Cummings Foundation and TD Bank.

“No one could’ve imagined that Spark Tank would grow to be one of the largest business pitch competitions north of Boston,” said Angle Center for Entrepreneurship Director Gina Deschamps. “It is perhaps because of our approach to creating an environment fostering democratic entrepreneurship that we have cultivated an ecosystem available to all of those who participate.”

Deschamps also expressed her pride in this year’s crop of Endicott entrepreneurs. “The energy is off the charts,” she told the room. “You keep me young.” 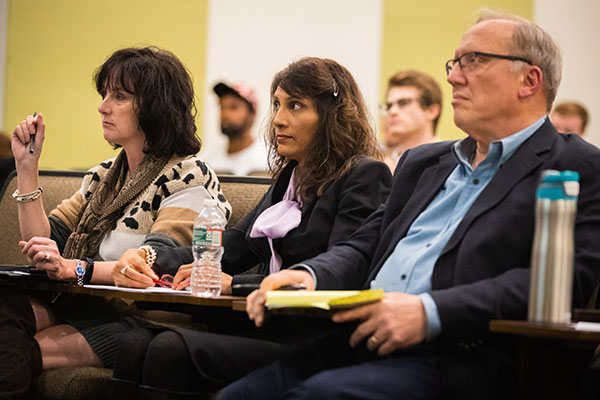 Angle Center Graduate Assistant Will Genaway ’21 M’22 presided over the evening and made sure each contestant and judge stuck to the rules. Contestants had three minutes to make their pitch—including their idea, value proposition, 9- to 12-month plan, and how the money would be spent—while judges were allowed one question.

The pitches were as polished as they were diverse. Frank Mahoney ’24 presented Project Jarvis, which uses artificial intelligence to automate investment research and reporting, while Amanda Drager ’24 sought funds to further her sweet enterprise, Sugar on Top Bakery.

Drager told the judges how she’d been baking since she was little, starting out in her grandmother’s kitchen.

“This is what I do, this is what I love, and I’m really good at it,” she said, adding that next year she’ll have access to a kitchen space at Endicott, and plans to sell her goods on campus. After finishing her undergraduate degree in entrepreneurship, Drager will pursue a master’s degree at Endicott before opening a brick-and-mortar bakery on the North Shore.

“Whether it’s now, later, I’m going to have a bakery and fulfill my childhood dreams,” she told the judges.

Ryan Curley ’22 presented Launch Partners, an advertising and marketing startup that he operates with partner Nik Kasprzak ’23, who was traveling with the men’s volleyball team to the NCAA semifinals. The duo billed their business as a “digital MacGyver,” a one-stop-shop for marketing needs and solutions—but they want to grow the team, expand services into motion graphics and video production, and need money to make that happen. 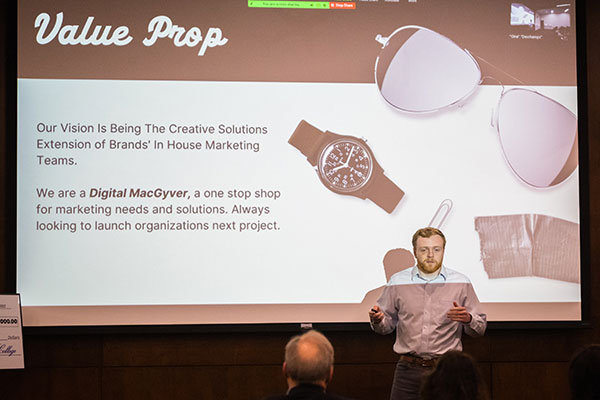 Clothing also had a moment at Spark Tank, with Teyshawn Jackson ’22 presenting Souljah Clothes, a streetwear brand with a mission—10% of sales go toward charitable causes. Meanwhile, Ryan Atkins ’22 debuted Drop Dimes, a sportswear startup she runs with Will Perry ’23 that makes quality uniforms for volleyball athletes.

Kermelewicz noted that colleges and high schools still aren’t having difficult but necessary conversations around consent and dating violence, and that’s where Kermelewicz steps in, counting a number of area colleges as some of her early clients.

Casey Arnold ’14 wowed the judges with Big Ass Iced Coffee, an instant iced coffee business she launched after a move to the west coast. 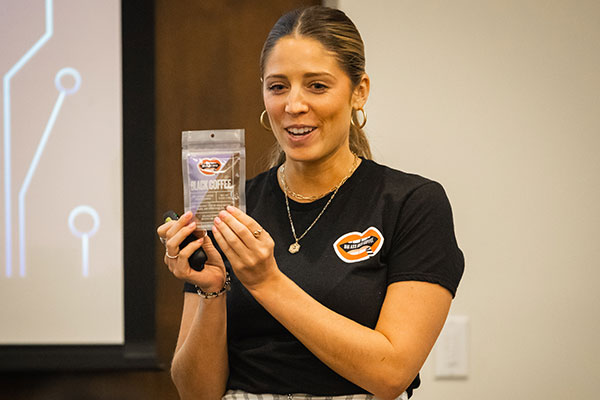 There, she longed for the refreshment of a behemoth Dunkin’ iced coffee, but couldn’t quite find it even in Seattle, the coffee capital of North America. When the pandemic struck, Arnold enmeshed herself in Instagram and TikTok videos detailing people’s home quests of baking and perfecting other food and drink items, including iced coffee. Her business was born.

Unlike other instant coffees, Arnold’s is freeze-dried, which saps moisture without sacrificing flavor or creaminess, and doesn't use any chemical processes that could otherwise corrupt the 100% Arabica beans she imports from Colombia.

“No matter if you win today or not, you’re going to go places,” Rao told the entrepreneurs after returning from the judges’ deliberation.

Arnold took home the $10,000 prize to expand Big Ass Iced Coffee with the purchase of more freeze dryers. Curley, fresh off his win for the MTU-Angle Innovation Challenge, and Kasprzak took home second place and $3,000; Kermelewicz nabbed third and $2,000. 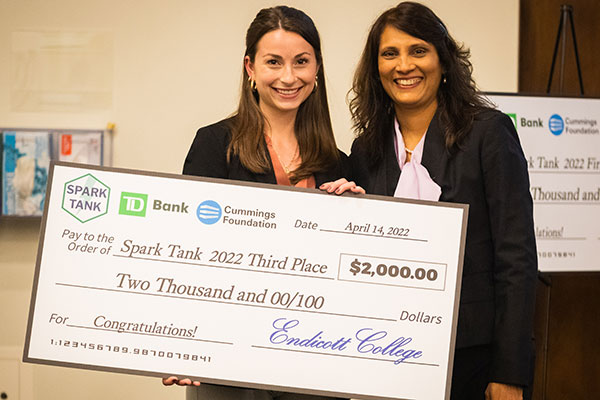 In a new Angle Center tradition, Deschamps presented the Angle Center Spirit Award—meant to acknowledge a deserving student who aspires to pursue a career in entrepreneurship—to Archer, a first-year marketing major.

“Spark Tank 2022 showed the community and beyond just how talented and hard-working many of Endicott’s aspiring entrepreneurs are,” said Genaway. “We cannot wait to see where each contestant’s business takes them, the department is already looking forward to next year’s event!”

Rao told the winners to think big while reassuring the other entrepreneurs.

“I want you all to keep your spirits high,” she advised them. “Go for your dreams.”