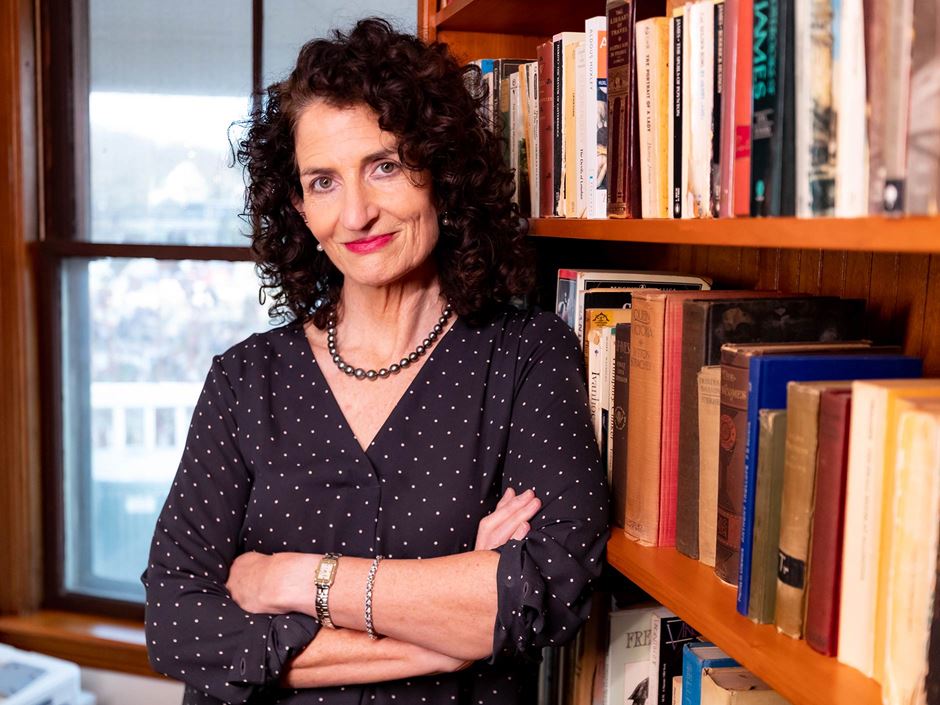 Charlotte Gordon, author and Distinguished Professor of English at Endicott, discusses her new book on Mary Shelley and the hardships of women—then, and now.
By: Danna Lorch 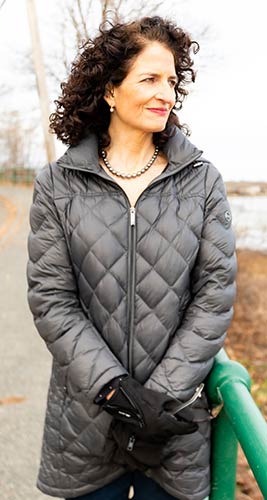 Wollstonecraft was a free-thinking political philosopher and radical educator who argued that women are intellectually equal to men. “This was such a radical idea in the 18th century that she was called a whore by her enemies,” says Gordon. “She died ten days after her daughter, Mary Shelley, was born. For the rest of her life, Mary Shelley dedicated herself to carrying out her mother’s ideals.” Today, she is famous for writing Frankenstein.

Gordon can’t remember a time when literature wasn’t front and center in her life. She studied English at Harvard College in the 1980s, where there were few female professors.

“All my role models in college were men,” she recalled. “We were only taught male authors. I never read Mary Shelley, or even Virginia Woolf or Emily Dickinson.”

After graduating, she went looking for female poets and landed in the creative writing program at Boston University, where she wrote among the ghosts of Sylvia Plath and Anne Sexton.

“It was a very vital time for women and poetry in the ’80s, but I really only knew about the great suicides,” she said. “So, from early on, I thought that if you were a woman writer you were probably headed toward self-destruction.”

When she decided to pursue a Ph.D., she consciously sought prolific female-identifying poets who lived positive lives, landing on the Puritan poet Anne Bradstreet as the subject for her first book, Mistress Bradstreet: The Untold Story of America’s First Poet. The advance for the manuscript was enough to keep Gordon comfortable while writing for a long while.

Years ago, as a single mom with a young child, Gordon would set her alarm for 4 a.m. and force herself out of bed to write in a quiet house while it was still dark. Now that her son is grown, she writes every moment she can. “It’s super hard. It’s not always fun. I'm tired all the time. But I would not be okay if I wasn’t writing,” she admitted.

Gordon’s creative process is part bloodletting and part meditation. “It’s a combo of research and imagination back and forth all the time,” Gordon explained. She works on her laptop in her Gloucester home while trying not to wonder, “Is anyone going to read this?”

Although she declined to name her current project, she did say, “I have to imagine myself into the world in which I’m writing and right now that’s 1760.”

Since arriving at Endicott in 2006, however, she’s found the community to be deeply fulfilling.

“I keep choosing Endicott again and again because it’s a very collegial place. Some of my best friends are colleagues in the humanities. People are really supportive and really impressive,” she said.

Gordon is sought by students for her courses in literary history, including Early American Literature (ENG 203), and her new course, Justice and Injustice in American Literature (ENG 224). Her syllabi are packed with the diversity of lived experiences and backgrounds that were lacking from her own education. Gordon’s students read Octavia E. Butler, Native American poetry, and Abigail Adams’ letters to John. The final exam for her School of Education students is to design a syllabus for the early American literature courses they’ll likely teach in the future, and to justify their selections.

She also sits on the Endicott Diversity, Equity, and Inclusion Curriculum Task Force, helping to lead efforts to diversify the College’s academic offerings, and serves as the director of the Tadler Center for the Humanities. On April 21, the Tadler Center will welcome Imani Perry, the brilliant Princeton scholar and author of South to America: A Journey Below the Mason-Dixon to Understand the Soul of a Nation, to speak in the Rose Auditorium.

“I really try to use history as a lens on who we are today,” said Gordon.

But unlike in Wollstonecraft’s day when the political philosopher was brutally criticized as a “hyena in petticoats” for writing her 1792 manifesto, “A Vindication of the Rights of Women,” Gordon is a respected professor at a co-educational institution with a majority 62% female student enrollment.

Meditating on today’s conditions for women and the U.S. Supreme Court case on abortion in Mississippi, Gordon said: “I think Frankenstein can be read as a cautionary tale of what happens when you try and appropriate women’s birthing ability. It’s about what women aren’t allowed to do and about men appropriating women’s bodies and abilities, and so it speaks directly to today’s Supreme Court.”

Gordon has traveled extensively to give talks about her work, from the ethical ramifications of artificial intelligence to the history of women and women writers. Her books have been translated into many different languages, and she has been a guest on numerous radio and television programs.

She believes the persistent interest in her work, especially Romantic Outlaws, and especially from women, is because even today we want to know how Mary Shelley was “brave enough” to break through social norms in a culture that oppressed women and denied females access to higher education and the right to own property.

“People still really care about Mary Shelley and the Frankenstein story,” she said.

Just this fall Gordon fielded a call from a Snopes reporter who called to verify if Mary and Percy Bysshe Shelley did in fact consummate their love on her mother’s grave.

The answer is “yes,” Gordon said, with a thin, purse-lipped smile.