Enriching the intellectual life of the college and community through the arts & humanities.

The Tadler Center for the Humanities was founded in 2018 to support interdisciplinary research, writing, and teaching in the humanities. The Center hosts public lectures, seminars, conferences and colloquia by visiting artists, writers, and scholars. It also offers funding for faculty projects, including the annual Tadler fellowship, as well as scholarships for outstanding students of the humanities. The Center's mission is to support engagement with the arts and humanities at the College and in the wider community. By bringing together students, faculty, and visiting scholars, the Center enriches the intellectual life of the college and links humanistic research to the public good. 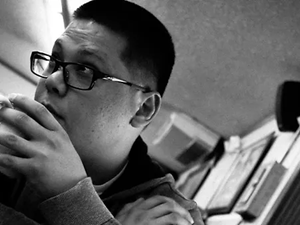 Environmental Justice: A Conversation Between Environmental Lawyer Julian Aguon and Johanna Chao Kreilick, President of the Union of Concerned Scientists

Union of Concerned Scientists President Johanna Chao Kreilick will moderate a discussion with activist-writer Julian Aguon, an Indigenous human rights lawyer and writer from Guam. The topic will be the role of the humanities, law and science in advancing climate justice, democratic practice and nuclear abolition.

Aguon is the founder of Blue Ocean Law, a firm that works at the intersection of Indigenous rights and environmental justice. He is one of the most compelling thinkers and writers of our times, whose prose and poetry provide a searing commentary on entrenched systems of power, while also shining a light on the inspiring acts of everyday heroes. Aguon’s most recent book,  No Country for Eight-Spot Butterflies, is part memoir, part manifesto, and a coming-of-age story that serves as a call for justice.
Julian's books will be for sale after the event.