An institutional commitment to diversity, equity, and inclusion at Endicott College has led to new programming, staff, and initiatives that enrich the community. 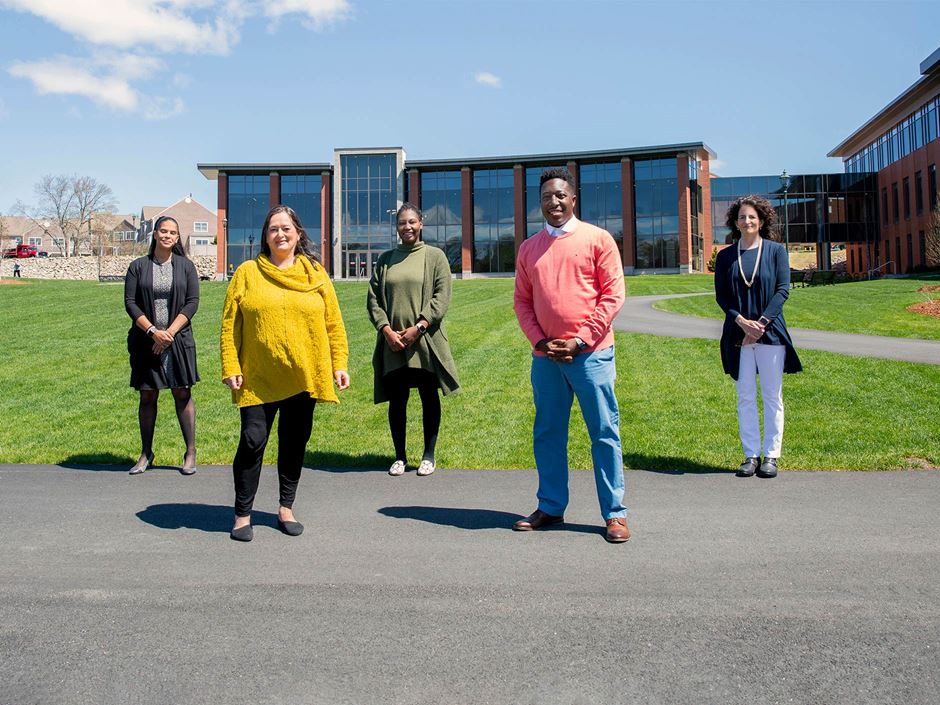 Last year around this time the world witnessed the death of George Floyd while being arrested by Minneapolis Police. Following this tragic event, Endicott College President Steven R. DiSalvo, Ph.D., published a statement denouncing all forms of racism and hatred, and urging a continued respect for all members of our community: “We strive to build a more diverse and inclusive academy where we can listen, learn, and act with dignity. We must stand with our state, our city, our community, and our campus.”

While the commitment to diversity, equity, and inclusion (DEI) on campus began prior to last May, the unfortunate series of police brutality acts against Black Americans and the uprising of Asian American/Pacific Islander (AAPI) hate crimes led many on campus to join the movement for positive change. Faculty, staff, and students made a personal and professional commitment to embrace and promote DEI. 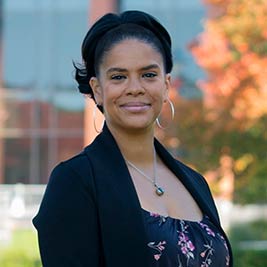 Efforts on campus include the continued work of the DEI Task Force, the DEI Curriculum Committee, and the recently established Office of DEI, led by newly appointed Vice President & Chief Diversity Officer (VP-CDO) Brandi Johnson, who had already made her mark as a woman leader on campus during her time in the Student Affairs Division and as Co-Chair for the DEI Task Force.

As VP-CDO, Johnson serves as a highly visible DEI leader and advocate—the main catalyst for institutional change, infusing DEI across the community. Goals for the Office of DEI include collaborating with Institutional Advancement to secure scholarship funding for underrepresented students—the premier event being June’s Scholarship Gala; forming external strategic partnerships to promote DEI within the greater community; and serving as a resource for administrative departments to ensure that a strong commitment to DEI is incorporated into cross-campus initiatives.

“Here at the Nest, we are committed to fostering an environment that honors all individuals,” says Johnson. “We are finding ways to celebrate and learn from our differences, as we move this campus toward a stronger reflection of our interconnected world.”

As a first important step in growing this new department, Johnson recently hired DEI Program Coordinator Donald Stokes who will primarily be working with underrepresented students, assisting with recruitment, retention, and increasing access to programs and resources for their future success on campus.

“I will assist with promoting a welcoming and inclusive campus environment while advocating for traditionally underrepresented students,” says Stokes. “By helping provide access to innovative programming and services that support academic success, identity exploration, and leadership development, our DEI Office will work with many at the College in reaching our goals.”

The DEI Task Force reviews, assesses, and recommends strategies to improve DEI efforts at Endicott by empowering and supporting students, faculty, and staff to build a diverse, inclusive, and academically enriching campus community.

For the past two years, the DEI Task Force has led efforts to engage fellow Gulls in DEI efforts: listening sessions for alumni, faculty/staff, and students; a campus-wide climate survey; microaggression and Safe Zone Program training, and hosting guest speakers. A collaboration with the Office of DEI, the Task Force recently provided safe virtual spaces for discussing issues of racism while practicing empathy, after the jury for the Derek Chauvin trial delivered a guilty verdict on all three counts he faced over George Floyd’s death. 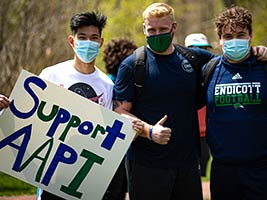 Director of Spiritual Life & Co-Chair of the DEI Task Force Gail Cantor has been instrumental in working with students on such events. Recognizing that in 2020, anti-Asian hate crimes increased by nearly 150% nation-wide, Cantor says, “as a community, it is important that we both recognize and denounce actions of hate and racism, by coming together in support of our AAPI students, faculty, and staff.”

Cantor also serves as Interfaith Chaplain for the College. “As part of our overall DEI efforts, we encourage interfaith cooperation and the willingness to understand and accept each other and our differences,” she says.

Led by Co-Chairs Associate Professor of Security Studies Ashlie Perry and Professor of English Charlotte Gordon, as well as Professor of Biotechnology and Bioengineering Jessica Kaufman and Professor of Sport Management Katie Kilty, the mission of the DEI Curriculum committee centers on creating a learning environment that supports the inherent worth of all individuals through mutual respect, trust, and civility. Courses and relevant learning goals will cover DEI considerations for all Endicott graduates.

“We aim to educate students to think and act as ethical leaders and responsible citizens in the global community,” says Perry. “The DEI curriculum requirement represents our on-going commitment to engage students in a cross-cultural analysis of historical and contemporary inequities.”

Such inequities are those associated with race, ethnicity, sex, sexual orientation, gender expression, nationality, ability, religion, age, or socio-economic status. “Students will be required to take at least two classes that have been recognized as fulfilling DEI classifications,” says Gordon. “Knowledge of DEI principles is essential to the College's mission, preparing students for meaningful roles within the greater community—DEI understanding and skill sets are now sought after by countless employers.”

In April, Cantor and Perry paired up to panel an event presented by the Greater Beverly Chamber of Commerce, the North of Boston Convention & Visitors Bureau, and Endicott. The session, “Diversity, Equity, Inclusion: Defining and Becoming an Ally,” was promoted to the membership of each organization as well as the general public and included information on how to become an ally and create brave spaces to respectfully discuss challenging topics, strategies for the workplace, a microaggression breakout exercise, and a Q&A. Well-attended with engaged participants, another event is being planned, likely to run during the summer.

Collectively, these efforts are already having a positive impact across campus and around the North Shore. The College is providing ample opportunities to listen, learn, and act.

“We all must continue to learn and grow as a community,” says Johnson. “We are better together than we are apart.”

Many DEI and other events presented by Endicott are open to the public. Visit events.endicott.edu throughout the year for listings.