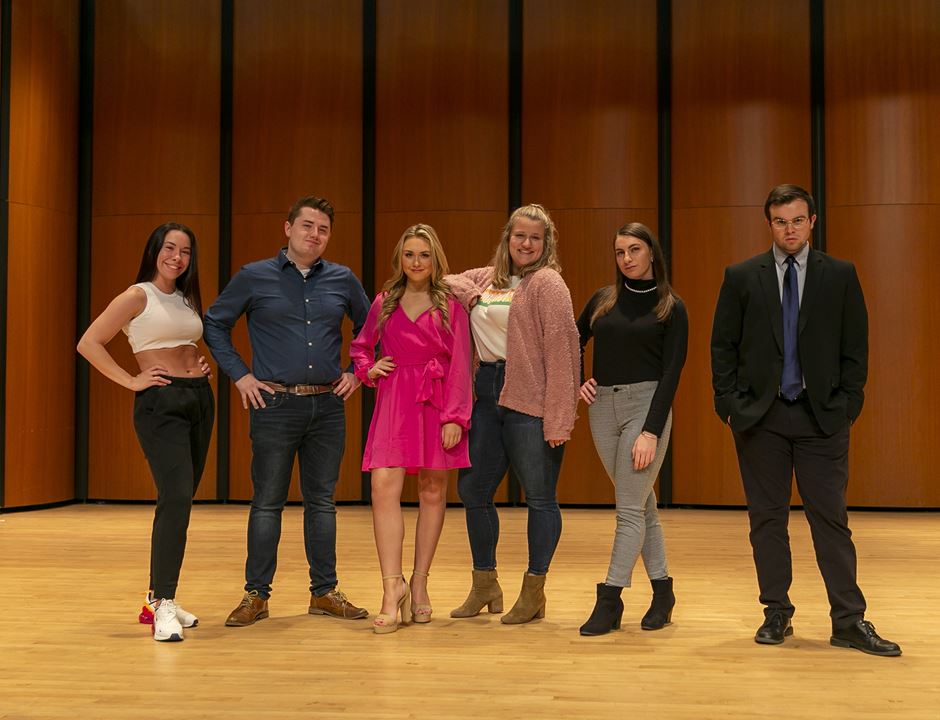 As today is International Women’s Day, we want to focus on being the best woman (or female-identifying person) you can be.

Technically, this article could be called “Lessons Every Person Can Learn from Elle Woods,” but as today is International Women’s Day, we want to focus on being the best woman (or female-identifying person) you can be.

The character of Elle Woods is unique and has been wildly popular since her initial launch in 2001. Since her debut, Woods has been the subject of both the Legally Blonde and Legally Blonde: Red, White & Blonde movies. To add to that, there have been credible murmurs (from lead actress, Reese Witherspoon’s Instagram and beyond) of a third film in the works for May 2020 through Metro-Goldwyn-Mayer. Witherspoon has also co-produced the spin-off style movie Legally Blondes, and in 2007 the phenomena continued to gain fans by becoming a full-blown Broadway musical.

Endicott College will be hosting Legally Blonde the Musical as our April 2020 Mainstage Production. Our Woods will be Meaghan DelGenio ’20, a student who designed her own major, has acted in a number of stage productions, and has competed with the cheerleading squad. DelGenio was ecstatic to learn that she would be the lead in Endicott’s production of Legally Blonde the Musical.

“Katie asked if I could come in and meet with her to go over a couple of things before I accepted the role, and once it was offered to me, I just sat there and smiled while tears filled up in my eyes.” DelGenio says, “When I left her office, I called my mom and dad crying and then my mom started crying! I remember when I got back to my room, I just sat in silence for a couple of minutes with tears rolling down my face. I could not believe what had just happened. I still find myself in moments of disbelief from time to time.”

DelGenio feels very blessed that she gets to play such an empowering female character in a show that deconstructs various stereotypes, and is making an effort to take in every moment.

Aside from the ongoing elation of earning another enviable role, for DelGenio there is something special about playing Woods. She’s a character that can find the positive side of any situation. She is constantly focused on self-improvement, and she doesn't allow others to pull her down. 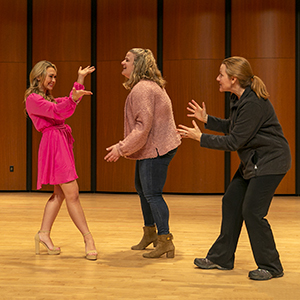 DelGenio says, “As I was growing up, I was categorized as a dumb blonde cheerleader many, many times, by many people. People’s opinions of me never really bothered me until I got older. I have always been a goal-oriented person and have never let anyone or anything stand in my way. I feel as though I can relate to Elle on a very personal level.”

She continues, “To prepare for this role, I have studied a lot of different versions of Elle Woods, from Laura Bell Bundy, to Reese Witherspoon, to Sheridan Smith, and beyond. I love so many moments that are unique to each of those actresses, and they have informed some of my acting choices so far.”

However, though she is studying many other actresses to prepare, DelGenio is determined to be her own Woods. She says, “I have also found many small moments while reading the script to put my own personality into. Aside from that, I have also challenged myself to wear pink to every rehearsal, and I have not yet needed to repeat an outfit! So, I guess you could say pink is becoming more of ‘my signature color.’ As an actress I really enjoy immersing myself into my character during my daily life. Small things like that go a long way when putting yourself in another person’s shoes.”

That feeling of being personally connected to Woods is not only felt by cast members. Directors, Rebecca (Becca) Keneally and Katherine (Katie) Clarke, and Assistant Director, Brittany Paskos feel the same. They know how important it is for that identification to resonate with the audience. As such, they have made specific choices when it comes to Endicott’s production preparation.

Clarke says, “We're talking about the concept of baggage in rehearsals–what holds us back, what keeps us hiding ourselves, and focusing on ‘things’ instead of the moment. As the show goes on we see that a lot of our characters are bogged down by ‘things,’ and as Elle comes into their lives they become more ‘free’ as she becomes more bogged down. The idea is that Elle is taking on baggage as others unload theirs. At the end, during her ‘Remix,’ she is as free as can be and the rest of her community is open as well.

“We are also working with the idea that Woods is sort of like ‘Rainbow Fish.’ She starts out pink and bubbly, but as the show goes on she gets drained of her color while the people around her start gaining hints of pink. Emmett gets a pink bow tie, Callahan a pink pocket square, Paulette some pink earrings, etc. so that we can show the audience that Elle is sharing her sparkle. Then, when she changes and becomes Brooke's lawyer, she has the best and brightest pink dress on that encompasses all the different colors and shapes that she's been gifting to other people the whole time.”

The character of Woods teaches the audience a lot. Here are some of our favorite lessons.

1. Kindness is a Virtue

Clarke says, “The biggest stereotype in this show is that you have to be ‘tough’ or ‘rude’ or ‘cut throat’ to be successful. That's just not true. Every step of the way Elle exudes kindness.”

She continues, “It's evident from her first interaction with Vivienne when she says ‘why would you do that to another girl?’ to her sorority sisters, ‘violence is never wise,’ when they want her to steal Warner away from Vivienne, the fact that she keeps Brooke's secret ‘my word means something,’ and her ability to let Warner down at the end by thanking him for ‘helping her find her way.’”

She concludes, “The girl has guts–she's strong, sensible, intelligent, gracious, and she comes out on top. That's a great real-world lesson, but also a theater one. Laura Osnes (a super famous Broadway star) says that you can teach and learn a lot of the skills and qualities a good actor needs to succeed, but you can't teach kindness. That's what gets you hired, that's what gets you promoted, that's what proves your worth in this industry.”

Paskos says, “Another stereotype is that being blonde and being hot means, you won't succeed and that you aren't smart. There are numerous testimonials and statistics that show more females started going to grad school once Legally Blonde came out. One of my friend's sisters did as well. There's been a huge spike in female law students.”

All of the directors agree. Clarke says, “Sometimes, sorority girls are pictured as dumb. First of all, that’s not true. From the moment you step into the sorority house in our production, you see characters of all walks of life–Kate, the studier, Serena, the planner, Margot, the fun lover, Galen the ‘reporter’ type. Being a part of a sorority is like having a chosen family. You can't choose blood but you can choose love. Plus, there are so many famous and successful women in all types of industries that were part of a sorority in college.”

3. There is no one Definition for Masculine or Feminine

Keneally says, “Men are programmed to succeed in very specific ways. Warner is ‘supposed’ to be a perfect specimen of masculinity, party-boy, student, and future ‘Kennedy.’ His life is planned, but he doesn't really fit that, does he? He's not in the front row at Harvard. He's not studying over break. He's way more ‘type-B,’ and that's ok! He ends up modeling and finding his own path. Emmett faces a classism stereotype. People from his neighborhood don't go to Harvard. It's hard for him to act and look the part. Elle teaches him that he truly belongs. In both men, there is a stereotype that men have to look a certain way to ‘get the girl.’ While Elle empowers Emmett with new clothes, she emphasizes that he is still the same on the inside, and she likes him for that.”

If you would like to see the qualities of perseverance, self-confidence, empathy, tenacity, kindness, and intelligence come alive, we urge you to come see DelGenio play her last major (and arguably favorite) Endicott role on Thursday, April 2 or Friday, April 3, 2020 at 7:30 p.m. or Saturday, April 4 at 2 p.m. and 7:30 p.m. in the Rose Theater in the Walter J. Manninen Center for the Arts.