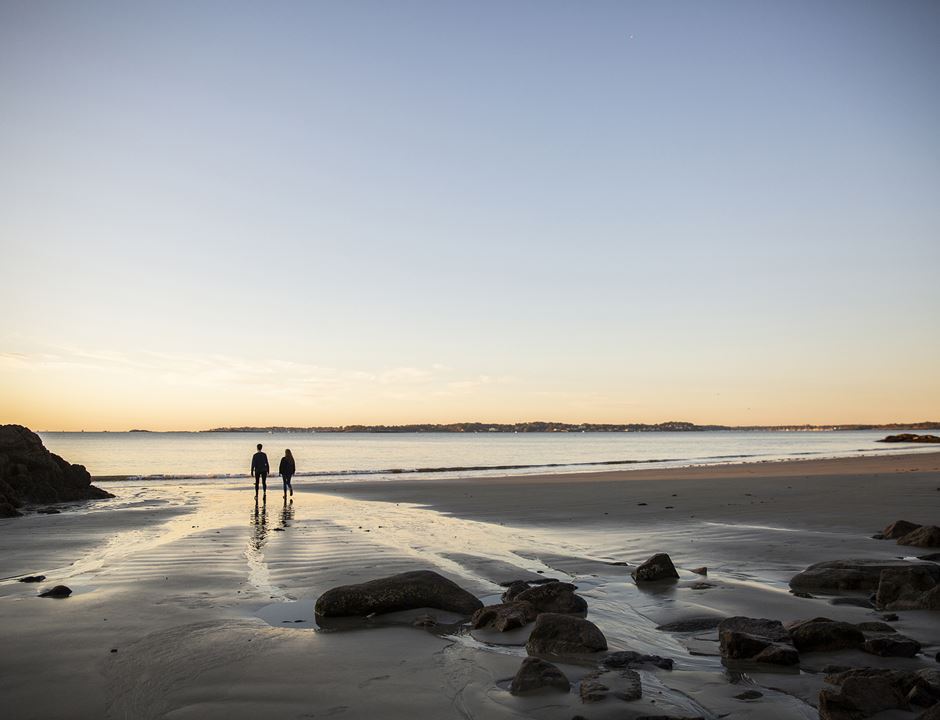 The end of both an incredible decade and a banner year for Endicott College have come to pass. Let’s recap some of our major 2019 wins!

The end of both an incredible decade and a banner year for Endicott College have come to pass. Let’s recap some of our major 2019 wins by re-living our top-ranked online stories. The previous year was filled with generous financial giving from our alumni, the historic inauguration of our seventh president, major internship to real-world success, and of course, a sizable jump in our academic rankings, landing us neck and neck with Stanford University’s co-op/internship program.

Paula Chandoha ’69, an alumna who earned her associate in science, returned for the annual Reunion Weekend in 2009, where she discovered her desire to become more involved with the College, which has grown dramatically from the time when she was a student. She wanted to give back to the institution that gave her opportunities to succeed. Therefore, she served on the Alumni Council from 2010–2018 and revised her will in 2016 to include an endowed gift act as scholarship aid for her alma mater.

Vincenza DiMaio ’16 M’18, another praised Endicott alumna, is known as a Double Gull; a student who has received both her bachelor’s and master’s degrees from Endicott. Her Endicott educational journey, and in particular her Master of Science in Homeland Security Studies prepared her for the job of program delivery manager in the Department of Homeland Security’s Federal Emergency Management Agency (FEMA). Similar to Chandoha's experience, DiMaio stated how she liked that she wasn’t treated as a number in the program, and that the advisors were focused on her success in the industry.

Read more in “Leading the Way in a Male-dominated Industry.”

Connection-building is a foundational skill that is valuable in every industry. As a matter of fact, the popular digital brand, Barstool Sports, has an intriguing Endicott connection. One of the most popular podcasts under Barstool Sports, Section 10, was created by Endicott alumni. Jared Carrabis ’14 joined forces with CBS Sports writer, Pete Blackburn ’13, to create the podcast. It was through their growing popularity and a simple LinkedIn message, that another Endicott alumnus, Steve Perrault ’12, became a guest on the show and later turned into the Section 10 co-host.

We are proud of the way they have used their skills to shape the future they wanted for themselves.

Read more in “Endicott Alumni Making Names for Themselves on Barstool Sports Podcast.”

An Even Brighter Future is on the Horizon for Endicott

Endicott went through a significant change this year with the unexpected passing of our long-time president, Dr. Richard E. Wylie, and the inauguration of our new president, Steven R. DiSalvo, Ph.D., this past September.

Dr. DiSalvo’s drive to educate the whole student fits in perfectly with our hands-on model of professional and liberal arts education. Endicott is in good hands with Dr. DiSalvo at the helm.

Dr. Richard E. Wylie’s passing marked an end to a significant chapter in Endicott’s journey, but the journey toward making Endicott a more well-known, innovative leader in the higher education sector will continue on with our new president at the helm.

With Endicott's continued strong leadership and direction, we once again excelled in the U.S. News & World Report 2020 Best Colleges rankings. In the last year alone, we have climbed from No. 25 to No. 23 in the Regional Universities North category due to graduation rates and improvements in metrics around reputation, admissions, faculty, small class sizes, and low student-to-faculty ratio.

It is evident with these hard-earned rankings and the accomplishments of our academic community, that Endicott prepares our students to not only have a degree, but a resume that will allow them to succeed in their industry. Here’s to ending the year and the decade with a bang, and further cheers to what lies ahead.