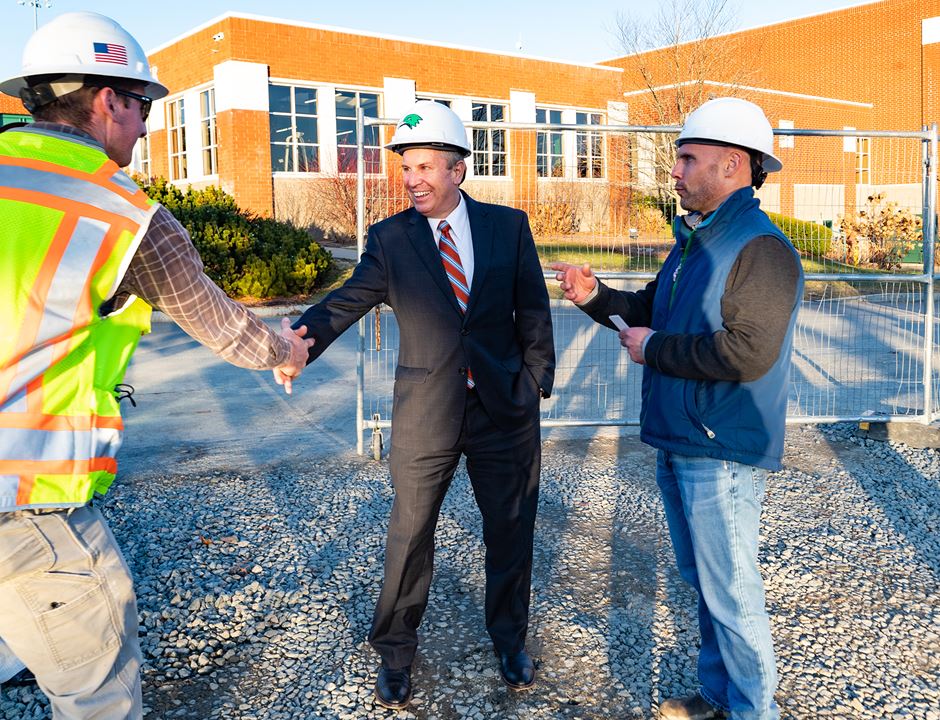 Endicott is breaking ground on new buildings and sustainable features every year. As we enter 2020, let’s take a look at what a decade of campus growth looks like.

In 1939, Endicott College entered the higher education space. With just four established buildings (Reynolds Hall, the Tea House, Tower Hall, and Grove Hall) and 38 students, it was a modest, special place known only to a select few.

Today, Endicott is breaking ground on new buildings and sustainable features every year. As we enter 2020, let’s take a look at what a decade of campus growth looks like.

These two years were big for overall campus impact. We finished the Amphitheater Plaza overlooking the lakes, acquired Beechwood as the home to the College’s president, and the Post Sport Science & Fitness Center received an addition that added both fitness equipment and a work-out space, and one of our existing buildings began transitioning to a new function. On the student residence life front, Birchmont (the presidential residence prior to Beechwood) was successfully converted to a residence hall. Additionally, Marblehead Hall was built to serve our ever-growing student population.

2012 and 2013 brought construction innovation to our Beverly, Mass. campus and expanded our regional reach. On the North Shore, we added the Stadium Locker Room and purchased Essex Hall. We also purchased The Montessori School located on the backside of campus, which ultimately became the Center for Nursing, added a 260-car solar parking lot, and dedicated and opened the Gerrish L. School of Business & Ginger Judge Science Center.

We kept growing steadily over the years, and that created a demand for more comprehensive dining space and student services, so in 2014 the Callahan Center was renovated and expanded. The following year, we added our popular on-campus bar, Gully’s, to the Samuel C. Wax Academic Center, the Raymond J. Bourque Arena was created, and senior residence space, Standish Hall opened.

2016 brought us still more residence hall space as students continued to flock to our Nest. Peter Frates Hall was built and dedicated in 2016 and in the same year, we completed our Brindle Hall addition.

Assistant Director, Residence Life, Max Coronel says, “The renovation of Brindle by adding common rooms that overlook the ocean has completely transformed the way that students are able to interact and build community. They now have a place to study, work on group projects, celebrate birthdays, or watch a Pats game together.

“The addition of Peter Frates Hall as home to our first-year students allowed them to be together in a group of centralized residence halls. This offers the opportunity to provide specific resources to students that are working to transition to college life.”

2017 was also an excellent year for athletics as we were able to add a second section on to the Post Center, which added weight rooms, offices, and conference space to the already well-loved Center.

In 2018, we finished a new parking structure that allowed central parking for faculty, staff, and events so that Gulls could park on campus. Several other ambitious projects are slated to complete soon (some as early as December of 2020). Our ongoing items that will continue into the new year include an addition to the Life Science Building, the completion Phase II of the Wax Academic Center, and the construction of a new graduate and auditorium building.

President DiSalvo says, “With every facility we add, we become more of a destination campus; that has been proven by the increasingly strong number of applications we receive year-over-year and the success of our graduates, but we are focused on the future and know that our story is only going to get better with age.”

To learn more about our future, please visit endicott.edu/about/campus-planning-and-construction.