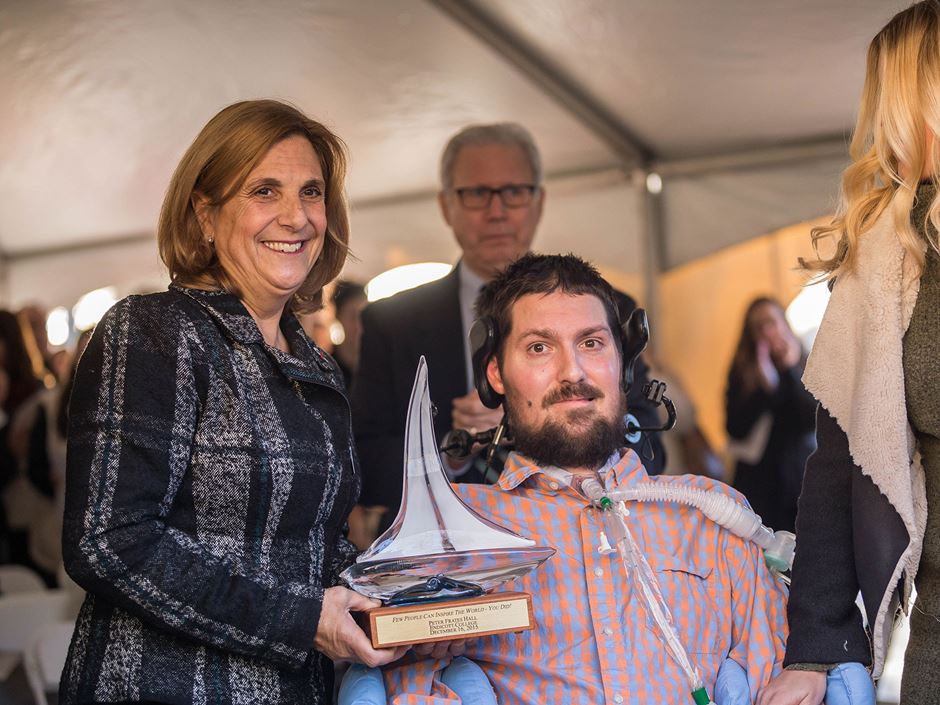 Endicott College faculty, staff, students, and alumni are saddened to learn of the passing of Beverly native Peter Frates.

Endicott College faculty, staff, students, and alumni are saddened to learn of the passing of Beverly native Peter Frates, former captain of the Boston College baseball team and professional baseball player in Europe, who was diagnosed with ALS—also known as Lou Gehrig’s disease—in 2012 at age 27. 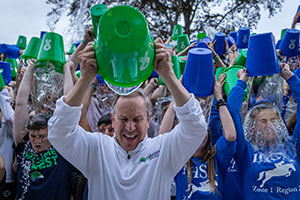 Dr. DiSalvo joined hundreds of Endicott students at the
fourth annual Ice Bucket Challenge in the Frates Quad. In 2014, Frates pioneered the global Ice Bucket Challenge, raising more than $220 million in donations, which led scientists to identify a new ALS gene. The Endicott community has actively and repeatedly participated in this challenge—including a record-breaking turnout of 1,500 students for one event—as well as other ALS-related fundraising efforts like the Walk to Defeat ALS and the Breaking Through ALS Challenge at Callahan’s Karate, helping to raise more than $50,000 for the cause.

Student-athletes and others are also inspired to participate in the Pete Frates 5k annually, an event that helped build and now helps maintain an all-inclusive, accessible park in Beverly. In 2018,members of the Endicott baseball team joined the nearly thousand runners to “crush it out for Pete Frates” and to “support him and his family,” according to Kyle Brennan, an Endicott baseball player.

Endicott first became acquainted with the Frates family when Nancy Frates, Peter’s mother, was invited to speak at the Commencement in 2015, where she received an Honorary Doctor of Humane Letters.

Peter joined the ceremony on campus that day, and his charm and positivity inspired former President, Dr. Richard Wylie, to proclaim that the next building constructed on campus would be named for Peter Frates. That building, dedicated on September 13, 2016, turned out to be a 225-bed residence hall that features a prominent and inspiring tribute wall displayed in the hall’s interior entrance area, depicting Frates’ personal and professional life as a collegiate athlete, loving son, brother, husband and father, and how his fierce competitiveness has allowed him to illuminate the world in a time of personal darkness.

“Our community is deeply impacted by the loss of Pete,” says President Steven R. DiSalvo, Ph.D. “His spirit and determination through such challenging times is inspiring to us all, and we will continue to honor him through our participation in efforts that help find a cure for ALS, and through the building that proudly graces his name.”

The funeral Mass will be held on Friday, December 13, 11 a.m., at St. Ignatius of Loyola Parish, located at 28 Commonwealth Ave. in Chestnut Hill, Mass., alongside Boston College campus.

For those who would like to extend an expression of sympathy, please consider making a donation to the Peter Frates Family Foundation, which aids progressed ALS patients in their desire to stay at home with those who love them most.