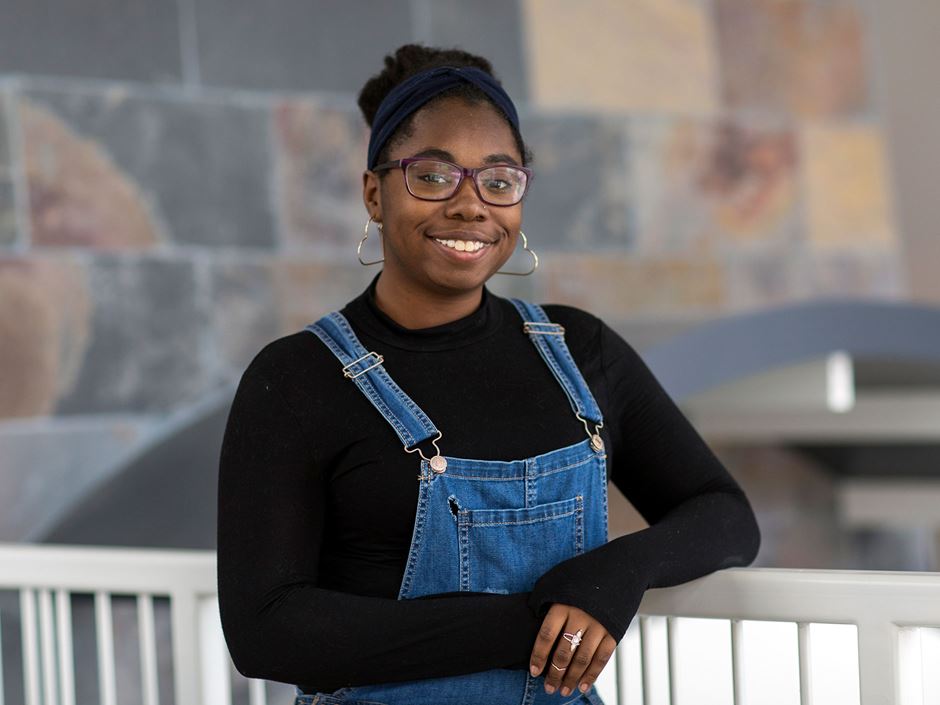 Student, Molly Halsey’19, is the Student Government Association President—but that’s not the only area she’s leading in.

Molly Halsey’19 holds many titles. Student Government Association (SGA) president, orientation leader, and admission tour guide—to name a few. But her title as a leader covers them all.  With a personal commitment to leave all things better than the way she found them, Halsey continues to dedicate herself to improving Endicott’s campus and community.

And her plans don’t stop there.

“My end goal is to open my own event company, make it as part of the Forbes 30 Under 30 list, and hopefully one day plan the Met Gala,” says the hospitality management major with a concentration in events management.

"I feel empowered as a leader at Endicott because I have so many powerful women on this campus to look up to."

She says that being the SGA president is an active role that requires, “constantly listening and ensuring that you are consistently advocating for student needs on campus.” Halsey explains, “We do this through senate meetings with senators to learn and discuss student issues, an anonymous suggestions box, and sometimes even open forums with administration.”

How are you able to lead? What skills are needed?
I am able to lead because I have the best team in the world. From amazing senators who are passionate about student issues to an executive board that has a big picture in mind on how Endicott could be even better. I am surrounded by some of the most hardworking students on campus. The skills needed to be SGA president are passion, patience, and the selfless want to make Endicott amazing. I love the saying, ‘Leave it better than you found it.’ Everything I do is done in hopes that when I graduate, Endicott is a better place than it was when I first came.

How do you feel empowered as a woman leader here at Endicott?
I feel empowered as a leader at Endicott because I have so many powerful women on this campus to look up to. From Brandi Johnson, vice president of student affairs and dean of students, to Brianne McGann, assistant dean of students, to Dr. Linda Robson, associate professor, to Dr. Ashlie Perry, chair of criminal justice and security studies, I am surrounded by so many strong women on this campus who inspire me every single day to be a better leader.

Why do you think it's important for women to support other women?
Empowering one woman is the beginning of empowering more and more. When one woman wins, we all win a little bit. From tribes like #MeToo, #Time’sUp, and the Women’s March, we are ready to stand up and demand equal rights on all grounds.

What does that look like here at Endicott? Can you provide an example?
Here on campus I think the tribe i is Women in LEADership. They are an extraordinary group filled with amazing women who I so respect.

What do you think makes you such a successful leader?
I think a successful leader is someone who is human; someone who is relatable, someone who everyone can maybe see a little bit of themselves in you. I don’t see the things that I do wrong as mistakes but as a learning opportunity to do better in the future. I am a firm believer in that to not repeat the past you must first understand and then learn from it.