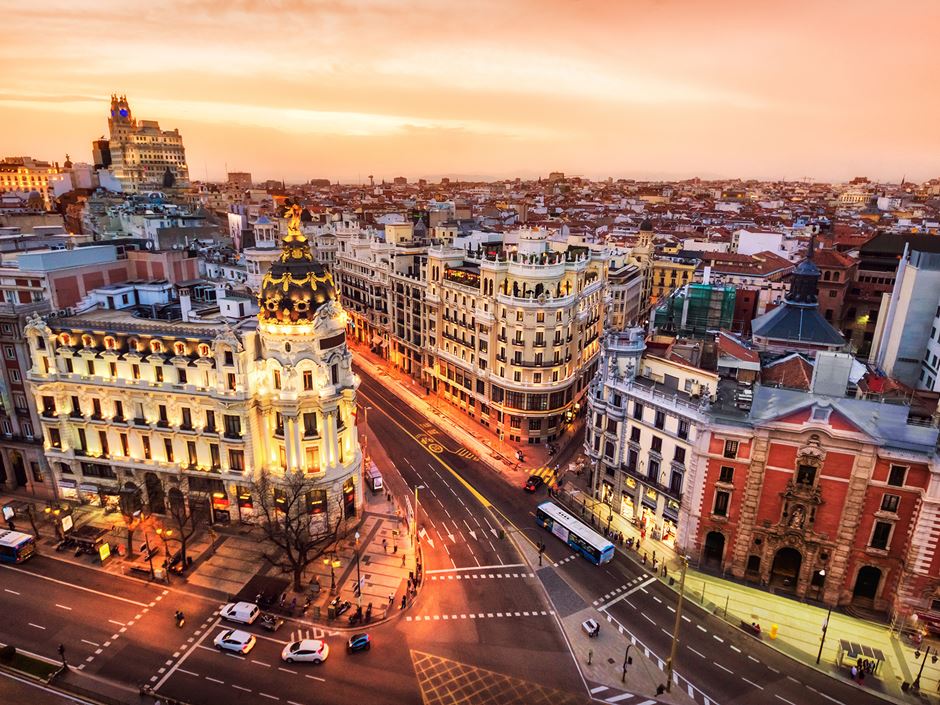 Thinking about studying abroad in Madrid? Here's a guide to what to see, eat, and do.
By: Madison Schulman

Looking to study abroad in Madrid and wondering where to visit, shop, and eat? Look no further! While studying at CIS Madrid (The College for International Studies), you’ll stay at the modern Funway Academic Resort located in Madrid’s Tetuán neighborhood, just a short metro ride from the city center. At Funway, you’ll also have easy access to groceries and other everyday needs—but one of the best parts of studying abroad is venturing off the beaten path. Ready to explore Madrid? ¡Vamos!

Madrid is a smorgasbord of cultural and gastronomic delights. Spanish cuisine is as distinct as its regions, but two things you’ll find often are potatoes and ham, or jamón. You’ll likely eat a lot of tapas (small plates) in Spain, and common dishes include patatas bravas, or fried potatoes in a spicy sauce; thinly sliced jamón, including the prized Ibérico ham, considered the finest ham in the world; and croquetas, a deep-fried nugget of bechamel sauce often stuffed with ham. Don’t forget the churros—often eaten for breakfast alongside coffee and a thick mug of hot chocolate for dipping.

Stop by the bustling Mercado de San Miguel, one of Madrid’s most popular markets, for all the street food and tapas you could ask for. Casa Toni is an intimate, authentic tapas bar in the Puerta del Sol area, where you can find traditional eats like gazpacho, blistered Padrón peppers, olives, calamari, and various meats and cheeses. If you can’t get enough of the local ham, Museo del Jamón features dozens of varieties and ready-to-eat bocadillos (sandwiches).

For something more special, Restaurant Botín has been dubbed the oldest restaurant in the world by the Guinness Book of World Records and is known for its roasted suckling pig and lamb. Meanwhile, the Chocolatería San Ginés offers the most delicious churros in all of Madrid (and even Spain, some argue!). 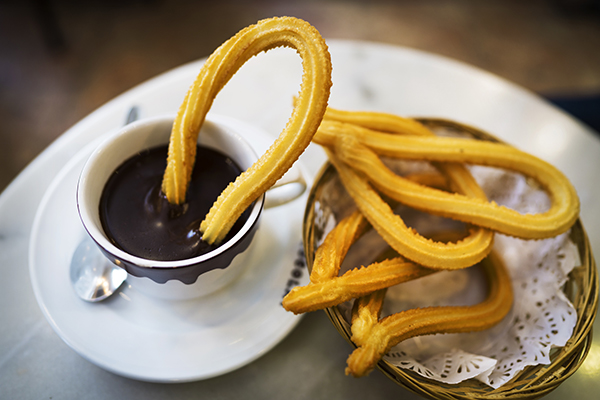 Where to shop and stroll

After class, pop into the Prado Museum to peruse works by Goya, Velázquez, and El Greco, or stop by the National Archaeological Museum to view both ancient and new artifacts from around the Mediterranean. Considered a museum to soccer lovers, the Santiago Bernabéu Stadium is home to the Real Madrid soccer team. Tours are offered, or attend a game!

Puerta del Sol is Madrid’s central square with a rich history and various statues and monuments. It’s often a meeting point for friends along with Plaza Mayor, another major public square filled with shops and restaurants. Hop on the metro for a quick ride over to La Gran Vía, one of the best shopping streets lined with grand buildings, restaurants, performance venues, and more.

Ready to shop? The department store El Corte Inglés has everything from designer clothes to cosmetics, electronics, and beyond. When it’s nice out, El Retiro Park is the perfect place to take a walk in the heart of Madrid. You can also rent a rowing boat and cruise the park’s lake!

Finally, the Royal Palace of Madrid is a must-see—you’ll view the magnificent rooms and baroque and classical architecture in the official residence of the Spanish royal family. Bonus: a breathtaking view of Madrid is right next to the palace. 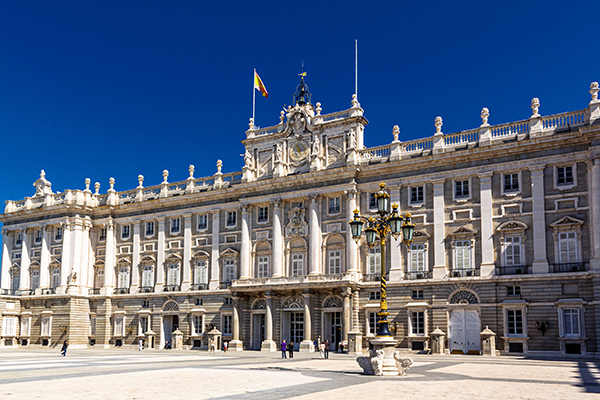 Hop on the train for an easy day trip

Get out of Madrid and explore more of Spain via the country’s safe and reliable train system.

Only a half-hour train ride from Madrid, the UNESCO World Heritage Site of Toledo is known as the city of three cultures because of its deep history of Judaism, Christianity, and Islam. The town is completely walkable and on the scenic Tajo River.

Also a short train ride from Madrid, Segovia is just north of the city and home to an ancient Roman aqueduct, medieval walls, and the baroque palace of La Granja. Don’t forget to try the local specialty: roast suckling pig!

If you have time to go a bit farther outside Madrid, Valencia is about an hour and 40 minutes by train. This coastal Mediterranean town is famous for its delicious orange juice and paella Valenciana, a traditional peasant dish often featuring rabbit or chicken, unlike traditional seafood paella.

Learn more about studying abroad at Endicott and follow along as we chronicle the experiences of three students abroad this semester.