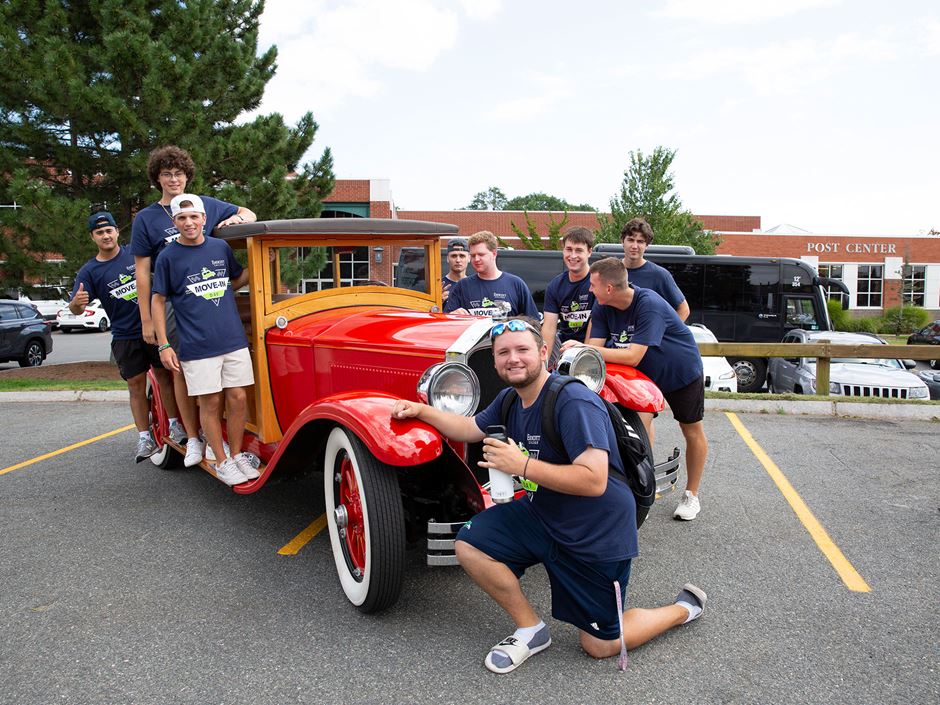 Endicott Trustee James Demers has gifted the College a 1927 Buick Woody Wagon, which is now enjoying a second life as a new fixture on campus.
By: Sarah Sweeney

Years ago, in the early days of eBay, James Demers found just what he was looking for on the site: A 1927 Buick Woody Wagon.

“I’m sort of a car enthusiast,” admitted Demers, who joined Endicott’s Board of Trustees in 2021 and serves as the President and CEO of Demers & Prasol Inc.

Demers was born into a car empire, you might say. “My father, who is now 88 years old, was a Buick, Pontiac, and GMC dealer in New Hampshire. So, we grew up with cars being a big part of our life,” he said. “In our family, we probably have maybe two dozen antique cars.” 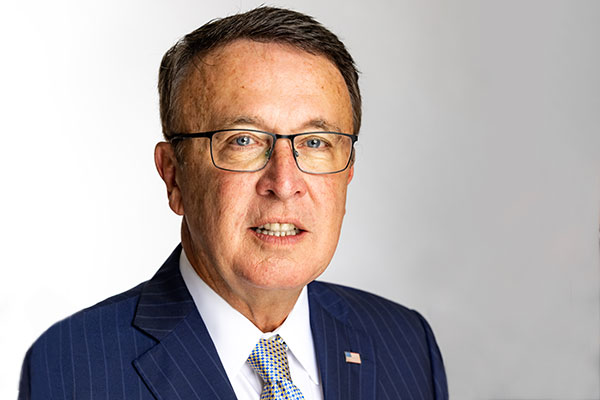 After purchasing the Woody Wagon, he arranged for a specialty shipper to move it from Mississippi to New Hampshire, where Demers still lives today.

But as of just this year, the car’s new home is Endicott College. Perhaps you’ve seen the Woody Wagon during Move-In Day? You might’ve even scratched your head and thought, What’s that relic doing here?

“The car has a story to tell,” offered Demers. “And that relates to the Endicott mission.”

He often thinks of the team of people who designed the Woody Wagon at a time when automobiles were just hitting the road. That team had a vision about making a first generation of automobiles, Demers said, just as Endicott has a vision for its future.

“Endicott is always planning for the future,” he said. “It’s a unique college where—because you’ve got 90 percent or more of the students living on campus—it’s a community. This car is symbolic of the mission that Endicott pursues as an institution of higher education.”

The Woody Wagon will become more and more of a campus fixture as the year unfolds. But as it becomes part of the larger Endicott story, it’s important to recognize its sprawling—and presidential—history. While Demers knows little about the Woody Wagon’s past owners, he can tell you who has used the car under his ownership, Barack Obama included.

One of New Hampshire’s premiere lobbyists, Demers lent the car for an Obama campaign parade, as well as for countless other politicians. But the car was most often used as a holiday parade car.

“There was a time when I actually had a flatbed,” said Demers, “and we would put the car on the flatbed and bring it to parades because there were so many requests for it.”

Of course, Demers made some updates over the years, always with the goal of preserving as much of the original car as possible, including the engine.

“With a lot of antique cars, people will put a new motor in it, and it loses its value,” Demers said. “The real value is having as much of the car as it was when it was first built.”

And it drives, too!

But before gifting it to the College, Demers made sure to embark upon more than a few joyrides.