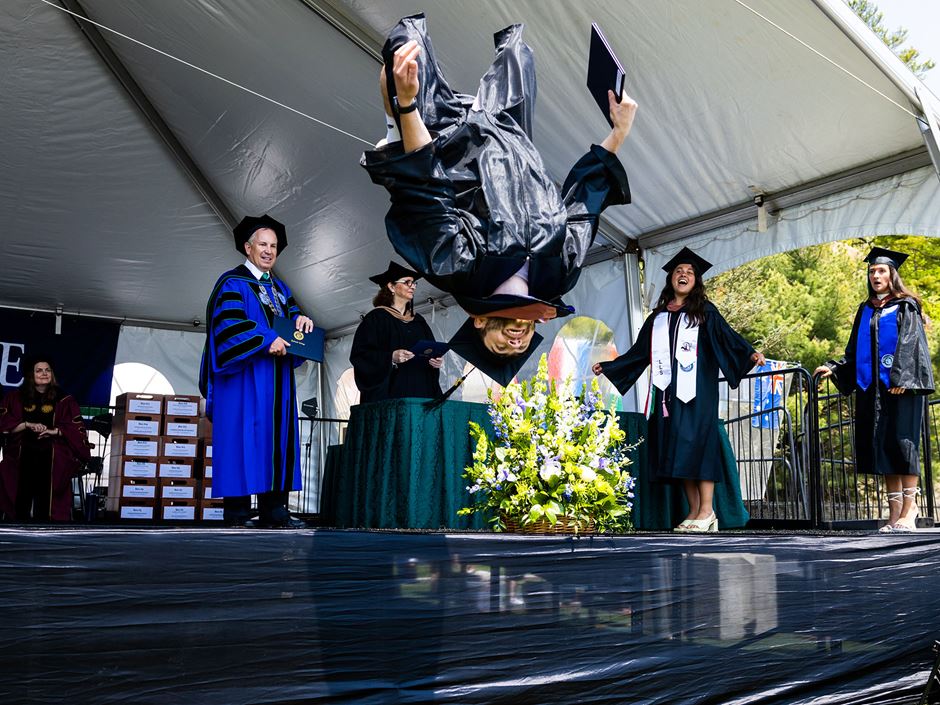 A look back at Endicott College’s defining moments in the 2021-22 academic year.

It was a year of milestones—from historic new partnerships to community-wide celebrations of Black history, athletics, and the Class of 2022. Here's a look back at those defining moments. 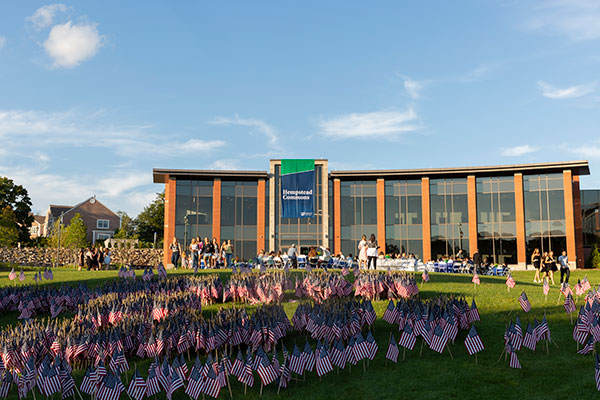 The 2021-2022 academic year started off with a spate of milestones, including Convocation, a 9/11 remembrance ceremony, and the naming of Hempstead Commons after a generous gift from Chair of the Board of Trustees Melissa Hempstead ’69. 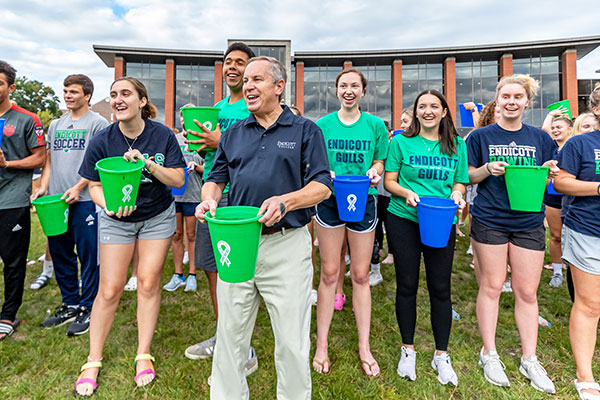 President Steven R. DiSalvo, Ph.D. led the community in the annual Ice Bucket Challenge to raise money for ALS and support the legacy of Beverly native Pete Frates, who was diagnosed with ALS in 2012, and for whom Peter Frates Hall is named. Endicott Trustee and Peter’s mother, Nancy Frates, was present at the event. 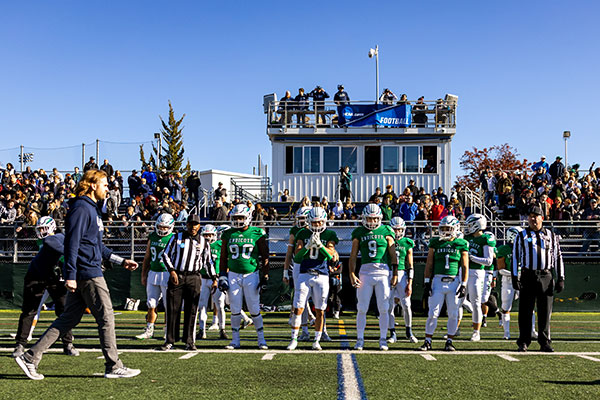 After snagging the Commonwealth Coast Conference Championship against Nichols College, the Gulls fell to Rensselaer Polytechnic Institute in the first round of the NCAA Division III Tournament at Hempstead Stadium. Here, Head Coach Paul McGonagle strides across the field before the game starts. 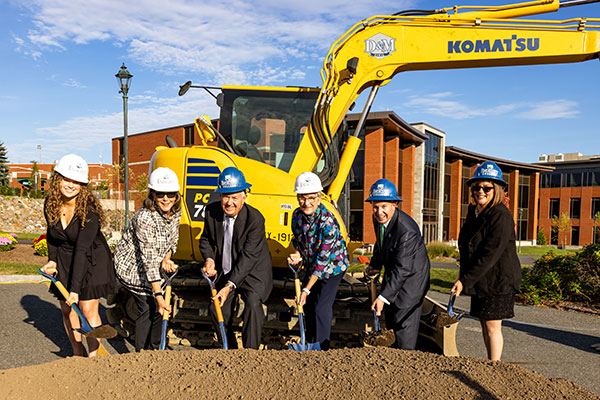 October welcomed another milestone for the College, as Endicott broke ground on the new Cummings School of Nursing and Health Sciences, thanks to a historic $20 million partnership with Cummings Foundation. 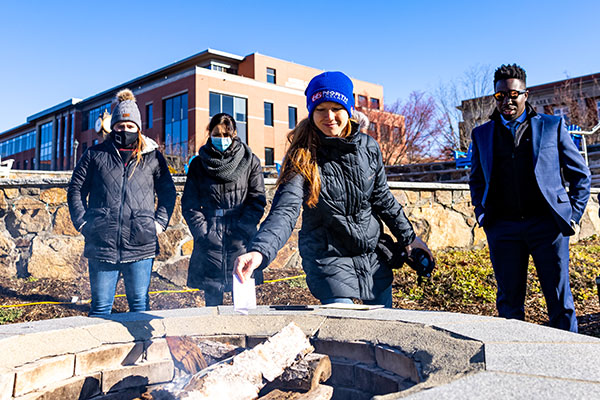 Just before the New Year, the Rev. Dr. Gail Cantor, Endicott’s Chaplain and Director of Spiritual Life, led a solstice ceremony wherein students and staff were invited to write down a memory or emotion that no longer served them, and then set fire to it in the Amphitheater fire pit. A way to start fresh in 2022! 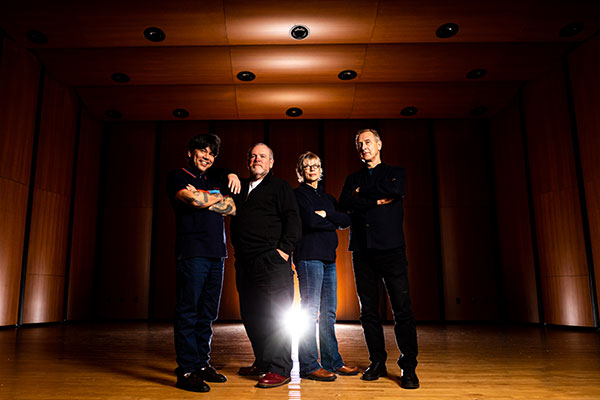 In January, legendary post-punk act Gang of Four—featuring Assistant Professor of Experiential Learning and drummer Hugo Burnham—gathered at the School of Visual and Performing Arts to prepare for their spring North American tour. 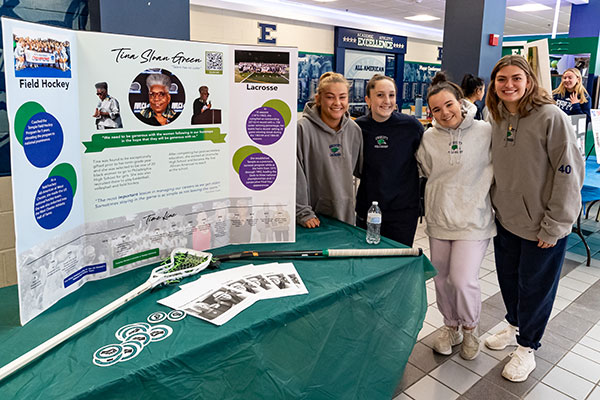 Endicott’s celebration of Black History Month was capped with an expo featuring more than 80 displays by students, faculty, and staff and a galvanizing speech by Eddie Jenkins, a prominent Boston attorney and a member of the 1972 Super Bowl champion Miami Dolphins. 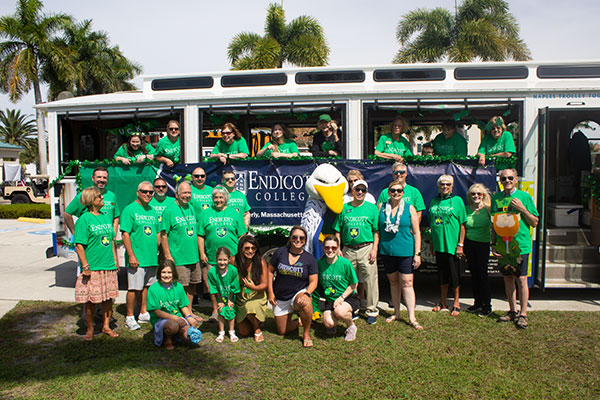 In March, President Steven R. DiSalvo traveled to the Sunshine State for the College’s annual Florida Swing, a gathering of alumni and Endicott community members. As part of the festivities, President DiSalvo, Endicott staff, and members of the alumni community took part in the St. Patrick’s Day Parade in Naples. 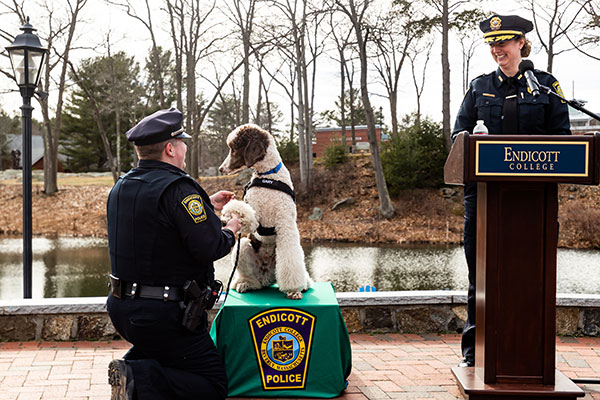 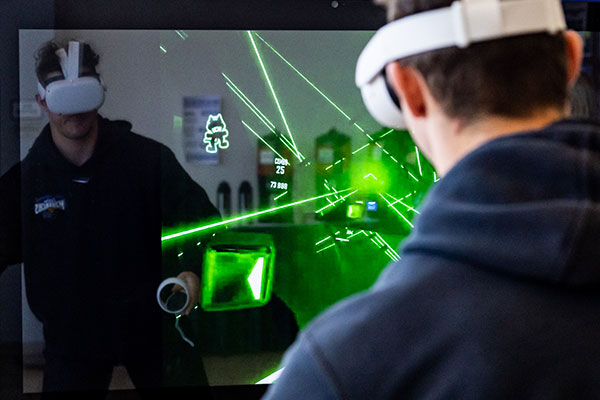 In April, the College hosted XR Day, a virtual reality summit that explored how XR technologies are being used on the Endicott campus and in various fields. As part of the event, students and community members got hands-on with various technologies in the XR Playground. 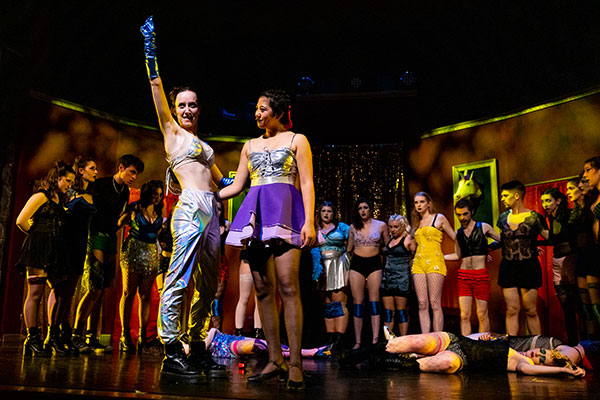 Endicott got a little wilder and woolier with the spring production of The Rocky Horror Show, a contemporary spin on the 1973 cult classic musical. 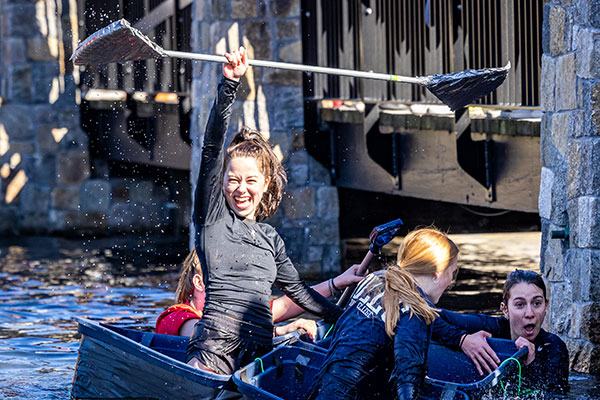 A beloved Spring Week tradition, the annual Regatta of the Lakes drew brave students to sail makeshift boats—sourced from found materials—across the lake and back. 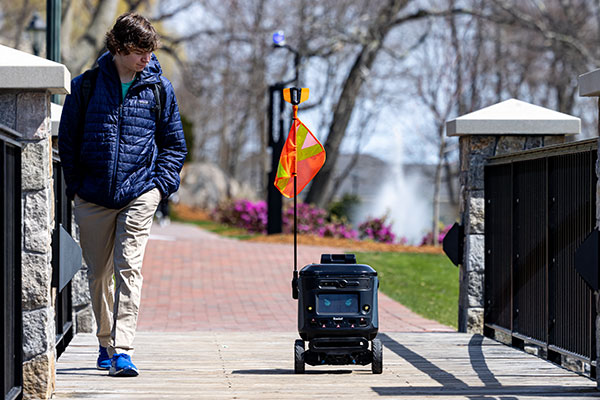 Through the College’s food services management company Sodexo, Endicott welcomed a fleet of food delivery robots called Kiwibots to campus this spring. Community members can order food on a mobile app called BiteU, and the order will be delivered by these friendly little faces.

Current students took to the streets to welcome prospective students to campus in style for Accepted Students Day. 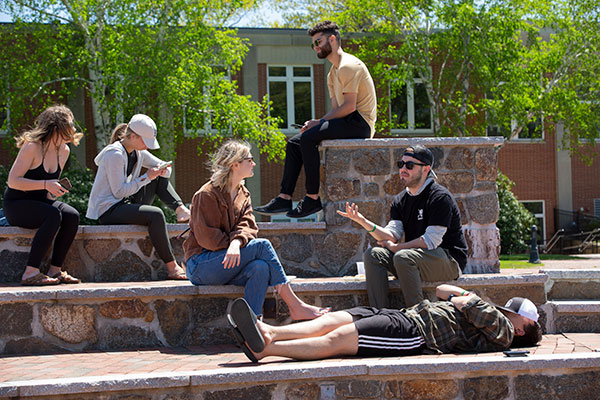 In the lead-up to Commencement, the College celebrated Senior Week with a spate of events, including a lawn BBQ, and lots of soaking in the warm weather. 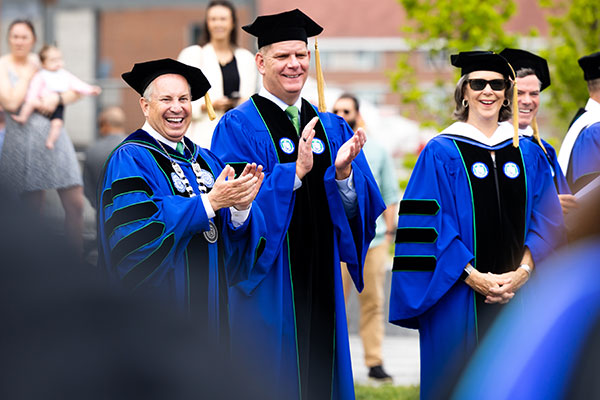 At Endicott’s 82nd Commencement, U.S. Secretary of State Marty Walsh (center) joined President Steven R. DiSalvo and Chair of the Board of Trustees Melissa Hempstead '69 to cheer on the Class of 2022 procession. Walsh also received an honorary doctor of law, honoris causa, and served as the day’s Commencement speaker. No matter how tumultuous the world may be, Walsh told the Class of 2022, “don’t let the uncertainty of this moment limit you. Don’t lower your expectations. And whenever you do, don’t shrink your dreams. In fact, aim bigger than ever. The future is now yours to create. And we are depending on you.”