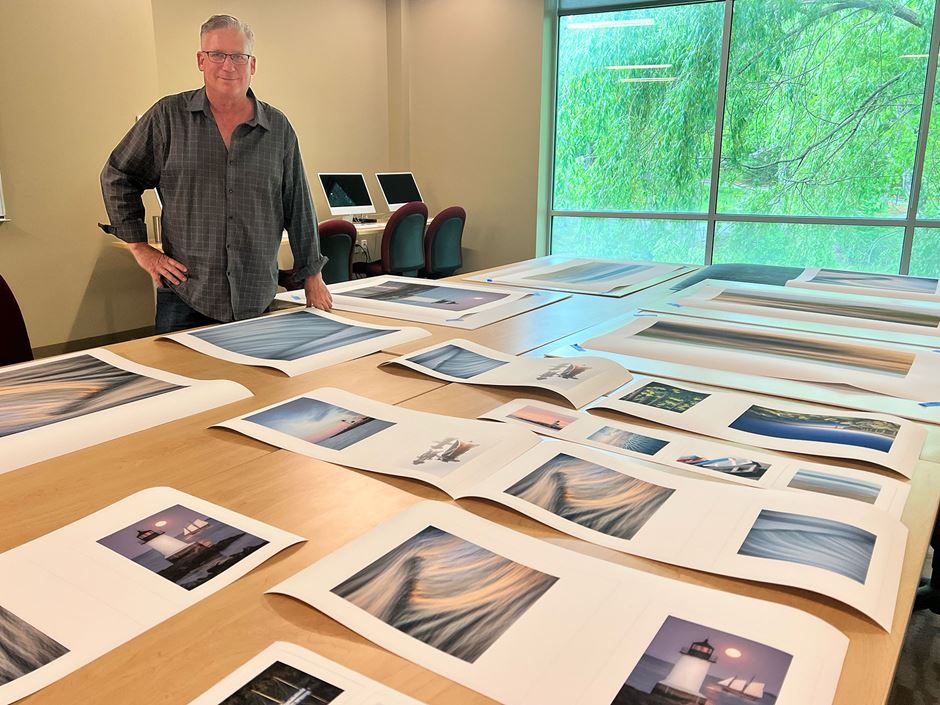 In the early pre-dawn hours when most people wouldn’t think of waking, much less making art, Michael Miller often steals away to Gloucester’s Annisquam neighborhood to take photographs.

A self-described “Polaroid brat,” Miller moved around the country as a kid for his father’s work with the film and camera company, which provided Miller with all the free equipment he needed to develop—no pun intended—a lifelong passion for photography.

That passion is also a successful career. Miller is Endicott’s Assistant Professor of Photography and a Coordinator of Digital Imaging at the School of Visual and Performing Arts, where he works with students of all disciplines.

But come June 18, Miller will be the featured artist at Beverly’s Arts Fest, a free outdoor festival run by Beverly Main Streets featuring more than 125 juried fine artists and crafters, free kids’ activities, and food trucks. Miller’s work, alongside other Endicott- and locally-based artists, will also be on view and for sale at a reception at the Walter J. Manninen Center for the Arts on June 16. (Works will be on view from June 13 through August 1.)

As a kid, Miller’s photographic fascination was nature—and it still is.

“I’ve niched myself as a nautical seascape photographer,” he said. “And I’m a sailor, so that kind of lends itself to that.” 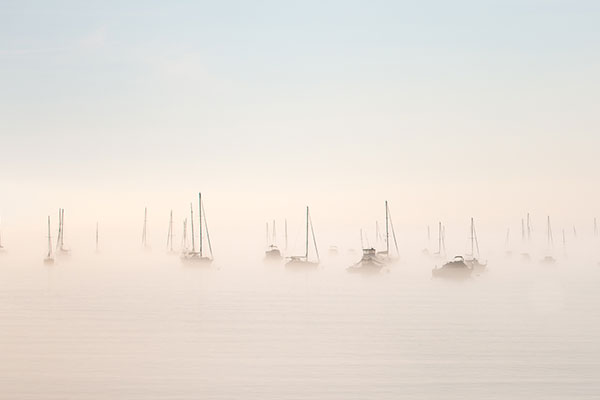 Beverly Harbor by Michael Miller When COVID first hit, Miller reveled in the quietude and downtime to photograph the world. From Cape Ann to Cape Cod, he traveled in what ultimately became his most prolific period.

Miller, who photographs mostly in the mornings, called it “a little solace at the beginning of the day.”

And though he was one of the lucky few in the 1970s to first get his hands on Polaroid’s XS70 film—the first film to develop on its own—Miller didn’t pursue a fine arts degree in photography. Instead, he studied psychology and philosophy at Boston College, eventually earning a master’s degree in philosophy from the school in 1990.

Turns out, philosophy and photography aren’t that disparate after all.

“It’s a different way to ask questions,” Miller said. “A philosopher may ask, ‘What is beauty?’ And I’ll just show it to you.”

Indeed, Miller’s photographs are all at once tranquil and yet exhilarating, perhaps because there are no people. So, it feels as though you’ve wandered into that early morning moment in Annisquam—or Dane Street Beach or Rockport or Nauset Beach—right alongside Miller.

Though Miller may be known for his landscapes and nature scenes, he’s constantly learning and evolving alongside his students.

“They keep me mentally young,” he said. “And they change my own personal photography because they often come into the field without being boxed into a particular area and with a fresh view of the world. Seeing how they see the world gets incorporated one way or the other into my work.”

Now, on the eve of celebrating 27 years at Endicott, Miller is also celebrating participating in Arts Fest since 2014—an event that turned him on to selling his works directly to the public, often in festival environments.

“I got hooked,” he said. “Seeing people’s responses to my photography and finding the common denominator in how they react to it … It was just really fun talking to people and doing that hands-on sale. I’m a social being. And people ask a lot of questions and that’s rewarding.”

Endicott College is a sponsor of Beverly Main Streets.