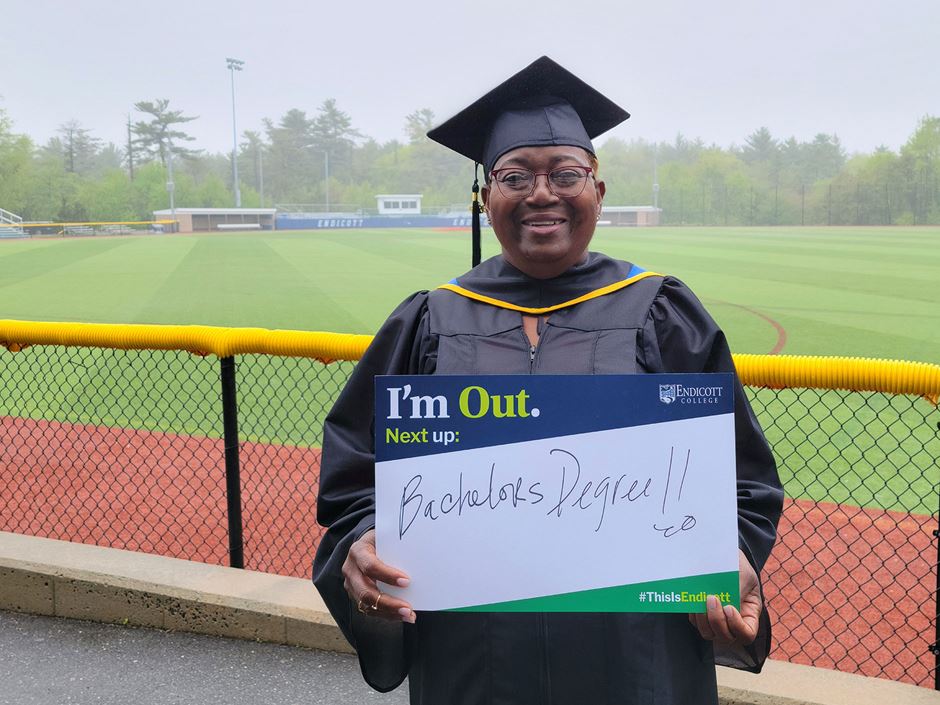 The Endicott campus was abuzz with students and families who traveled from near and far to celebrate the Class of 2022.
By: Sarah Sweeney

Endicott College’s 82nd Commencement is more than a degree-conferring ceremony; it welcomes parents and family members from near and far, notable speakers who impart wisdom for a complex world, as well as alumni. Commencement is a meaningful and festive day meant to be cherished by all who attend, especially the Class of 2022. But among the fanfare are the smaller, personal moments of joy and connection—here’s just a sampling of those moments.

A degree 31 years in the making

Ingrid Rodriguez (pictured above) always wanted to go to college, but life happened. She had kids young and was a dedicated, working parent who always put her children first and herself second. So, she put her educational dreams on hold to be present for her children. Then, the unthinkable occurred—Rodriguez got very ill, which caused her to become disabled.

“I made a promise to myself that I would get a kidney transplant and go to school,” she said. “Three years ago, I got the transplant, and I’m finally getting my degree. It means a lot—this is 31 years in the making.”

After graduating with her associate’s degree today, Rodriguez plans to next pursue a bachelor’s degree at Endicott. She’s deciding between liberal arts and social work as her major.

When the high from Commencement subsides, there’ll be no rest for hospitality management major Emma Guilfoil ’22—she starts her new job on Tuesday.

But the Lake George, N.Y., native won’t stray too far—before graduation, she accepted a job as an events specialist at Gloucester’s Beauport Hotel.

“I’m excited for the experience of finally reaching adulthood,” Guilfoil said, “while still cherishing the memories of being at Endicott.” 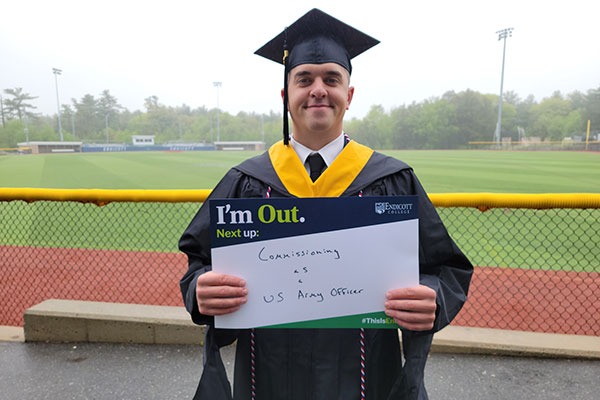 Jake Hebert M’22 will be commissioning as a U.S. Army officer after graduating. He came to Endicott after serving in the Army for eight years and wanted to pursue a master’s degree in homeland security studies.

“It’s refreshing,” he said, standing in the mist outside the Post Center.

Better to soak in that good New England weather now because soon the Keene, N.H., native will travel to Arizona for intelligence school to be a military intelligence officer.

“After living in Savannah for a while, I like to think that I’m used to the heat,” he said. “And in Arizona, it’s a dry heat.”

For seniors moving on to graduate school, having some summer downtime is priceless. Before Madison Demberg ’22 heads to Savannah, Ga., to start a master of fine arts program in themed entertainment design, she’ll head back home to Orange County, N.Y., to pick up some work with companies she interned with while at Endicott and “just live life a little bit,” she said.

Come July, she’ll fly to Hawaii—but it’ll be a working vacation. Demberg will volunteer as a forest restoration worker while learning about the Hawaiian culture and the land. Lifelong service to the community is an Endicott tenet, after all.

Then, she’s off to find an apartment in Savannah and start her program at the Savannah College of Art and Design, where she’ll learn how to design attractions from the ground up, including amusement parks, museums, and high-end restaurants. 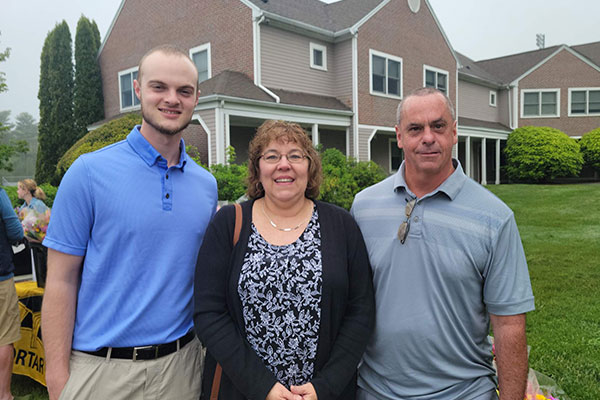 Wilmington, Mass., isn’t too far away from Beverly, but Rick and Lisa Dovidio would’ve driven anywhere to support their graduating daughter, Jennifer Dovidio ’21 M’22, who is receiving her master’s degree in special education.

“I’m very proud of her,” said her mother, in between some happy sobs. “She maintained a 4.0 GPA while doing graduate work in schools. And the kids just love her.”

And with that, she wiped more tears away and laughed. “She’s going to kill me for this!”

‘It’s about giving back’

Karen Prior drove down from New Hampshire to support her daughter, graduate student Elizabeth Prior, alongside Elizabeth’s boyfriend, Sam Richardson.

“She’s now the smartest in the family,” joked Richardson.

But he isn’t wrong—Prior noted that she’s not only proud of her daughter’s hard work as an applied behavioral analyst but also for her desire to make a difference for everyone she meets.

“For her, it’s always about giving back,” said Prior.

On the TV job hunt 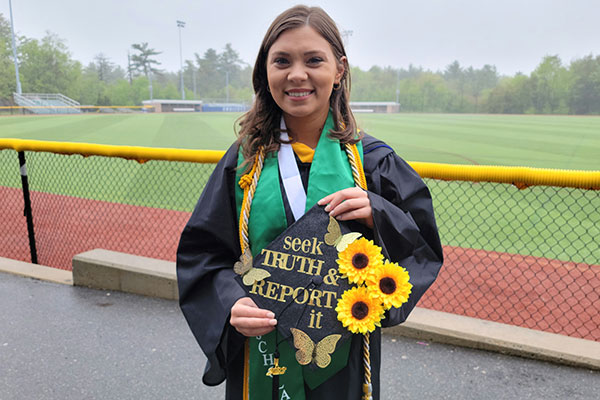 For Maria Wilson ’22, finding a job as a multimedia journalist is her next step post-graduation.

“I’m hoping to stay in the New England area,” confessed the Bedford, Mass., native, who sported a bedazzled cap that read “seek the truth and report it.”

While at Endicott, Wilson cultivated her dreams of working as a reporter for the news with an internship with Channel 5 and a gig at ECTV.

“I perfected my TV voice at Endicott!” she said. 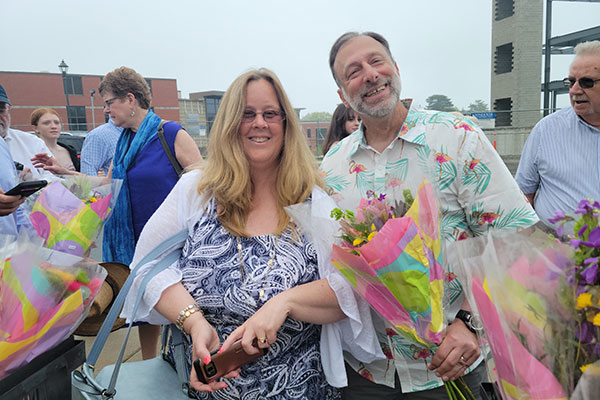 Meanwhile, Arnold and Beth Eskenas from Tewksbury, Mass., stopped to buy flowers for daughter Abigail Eskenas ’22, who will be staying on at Endicott to pursue a graduate degree in applied behavioral analysis.

“Our oldest is graduating college!” cheered her father.

It doesn’t get much better than that.