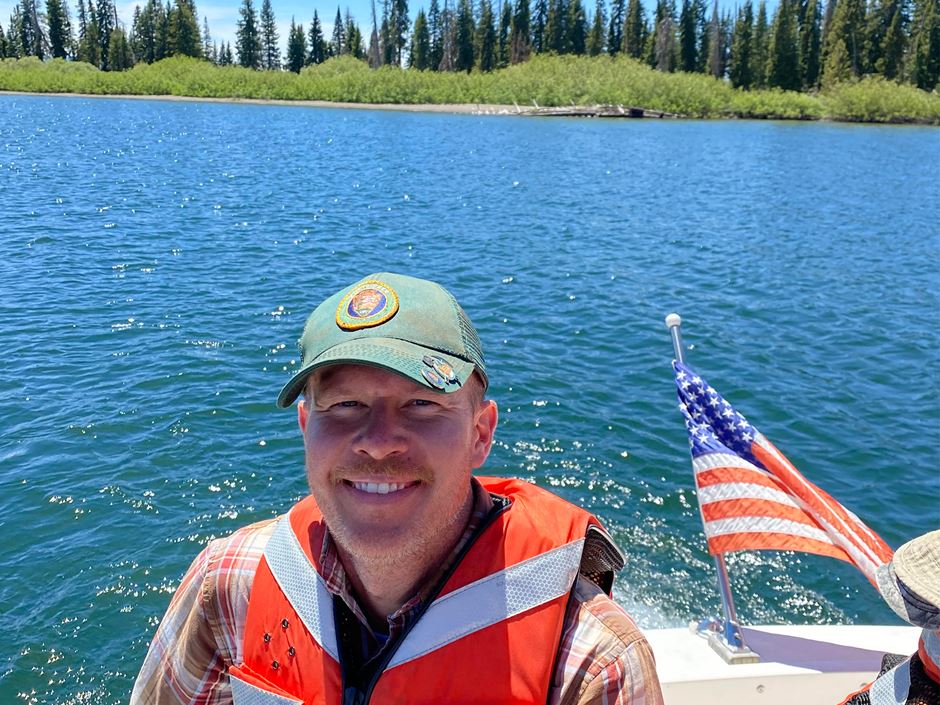 Doctoral student and Army veteran Michael Smith D’21 is identifying the barriers that inhibit veterans—specifically those pursuing their undergraduate degree—as they transition from military to civilian life.
By: Rosemary Poppe

Help to lift others up. This notion has been a guiding principle for Army veteran and doctoral student, Michael Smith D’21 who was recently featured in a podcast that covers Veterans in Academics. Through his doctoral research, he is identifying the barriers that inhibit veterans as they transition from military to civilian life. This topic is not new to Smith, whose military career began in 2005 as a Chaplain Assistant. In this role, among many other responsibilities, he was someone his fellow soldiers could lean on for support and look to for guidance.

Smith was inspired to join the service after earning his undergraduate degree. He knew that the military would provide him with professional skills and the opportunity to advance his academic career. More importantly however, he wanted to carry on his family’s legacy of service. Smith’s grandfather served in WWII and fought in the Battle of the Bulge, and in 2004 Smith had the incredible opportunity to accompany his grandfather to Belgium, to celebrate the 60th anniversary of the freeing of Belgium from German occupation. Smith and his grandfather were able to interact with Belgian citizens, they met nuns who fed troops during the war, saw foxholes that still existed, and met some of the veterans from the 506 Easy Company who are best known as the ‘Band of Brothers’. 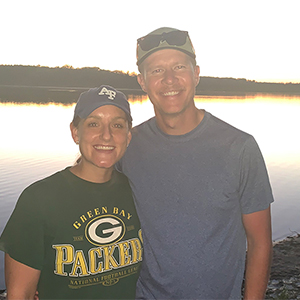 Smith served in the Army for four years, and spent 15 months in Baghdad, Iraq, where he was tasked with the demanding job of clearing roads and endured significant hardships, as did the men and women he fought beside. Amidst it all, in May of 2009 Smith earned his master’s degree in education—the first of his family to reach that level of education. After completion of his 4-year enlistment Smith returned to civilian society  and began his career in supporting his fellow veterans. While working with Veterans Upward Bound, he aided men and women who were transitioning from military life to civilian life. When it comes to veterans, he explains, “Sometimes we’re in such a hurry to catch up and get ahead, that we might not have a clear strategy or goal for where we want to end up.” As such, he made it his goal to help others define their own, and send them up a path toward success.

Smith had never considered himself an academic, but through this work he uncovered a desire to earn his doctoral degree. He says, “When directing one of these programs, we had to be accountable to the federal government. We had to send them metrics. When doing that, I learned the value of data.” He continues on to say, “By collecting and analyzing data, I could start to see trends. I could start to see what worked and what didn’t work.”  Through working with these logic models, he says that “It really opened my eyes to say that I have more educational benefits.”

After exploring multiple program options, he settled on Endicott College’s doctoral program in Educational Leadership in Higher Education. The title of his dissertation is ‘Acculturation and Career Development Needs of Undergraduate Veterans’, and he explains that this topic allows him to integrate what he was doing each day with veterans into his research, while also giving back to the veteran community. He notes that acculturation means, “the process of assimilating to a different culture—typically a dominant culture. Military folks, we’re small but we’re mighty. Oftentimes our culture is significantly different—in good ways and in unique ways—and the process of acculturation impacts social and psychological wellbeing.”

While working alongside his colleagues, he noticed that there was a gap in the research of veterans’ acculturation into civilian and academic life. He says, “What we don't really talk about is acculturation stress.” He uncovers aspects of acculturation and suggests, “The way you can think about it is the language that we [veterans] use, what we wear. Humor—humor is a big part of it, and military humor is a little bit different. But also, stereotypes—that’s a big part of it. Do we perceive that folks are stereotyping us and vice versa.” He also notes that a sense of belonging is a significant factor, “Are we accepted, by our peers, classmates, faculty, instructors?”

Through prior research, he found that veterans had a higher tendency to enroll in community college, which can sometimes present more barriers to degree completion than a traditional four-year program. Similarly, he notes that high rates of veterans enroll in introductory courses, which creates a greater divide between them and their degree completion. In regards to these findings he says, “I don’t know that it's necessarily veterans who can do better, but that we need to look at: What are some of the systemic, institutional, organizational, policy, and practice barriers that are in place? What are some things that we can help to provide—the right supports at the right time? Specifically, how do we encourage our student veterans to feel that they belong on a college campus?”

This research is of great value to both the veteran and higher education communities and Smith is well into the dissertation process. Now, he is looking to gather what he calls “the critical mass of responses” of a 10-12 minute confidential so survey that he can input and assess the data. Determining the findings of this data will bring him closer to the day when he can defend his dissertation—something he is greatly looking forward to.

Listen to the podcast to hear more about Smith’s experience in the military and his journey toward his doctoral degree in education leadership.