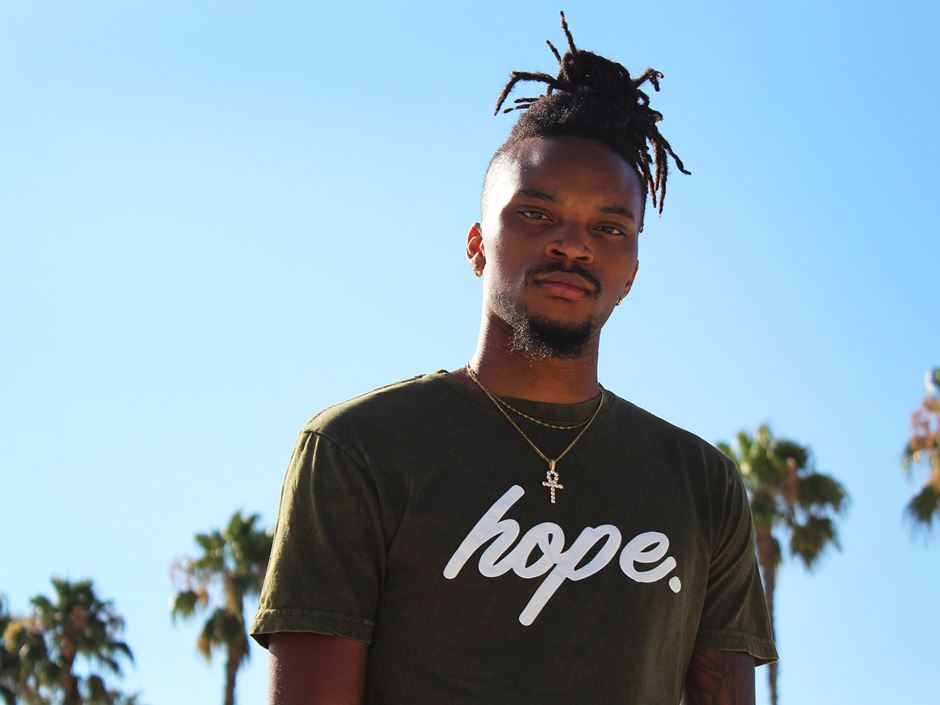 Alumnus Devon Holloway ’13 launched his lifestyle brand, Hope Design aiming to blend fashion with graphic advocacy and inspire unity amongst people from all walks of life.
By: Rosemary Poppe

In January of 2017, Alumnus Devon Holloway ’13 launched Hope Design, a business that blends his love for fashion, talent for design, and commitment to social advocacy. Holloway saw this venture as an opportunity to celebrate the people and communities that matter to him most, while also bridging gaps and encouraging unity amongst people from all walks of life. With messages like ‘Hope > Fear’ and ‘It Takes a Village’, Holloway has created a lifestyle brand that both speaks to people and inspires action. 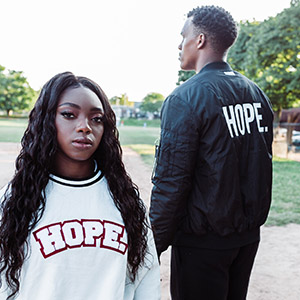 The concept of creating a clothing company was brewing in Holloway’s mind years before the business was launched. In fact, Holloway says, “Some of the early design ideas actually came from sketches from my thesis courses.” As a Graphic Design major, he was able to gain first-hand experience in website interface and print design while interning for a small music company. Furthermore, he was greatly influenced by his internship with Puma.

Holloway says, “I got the chance to both intern and do freelance work with Puma North America throughout my senior year and even after graduation. I’d say that was the most instrumental time for me. It opened me up to the ins and outs of what it takes to run a business behind the scenes. It also showed me the importance of brand integrity and consistency on all platforms. That was also when social media became a major tool for a lot of brands.” His college courses also taught him the immense value of time management. He says, “It’s something that we were encouraged to focus on throughout our time at Endicott. Especially in the Visual Communications department where we were managing several important projects at a time. It’s something I’m extremely grateful for to this day and still try to get better at.”

Hope Design is currently based in Los Angeles, CA., but it was born in Holloway’s hometown of Roxbury, Mass. He describes the business as something that has, “taken on somewhat a mind of its own. It is still very much community based and driven, but I think the impact has reached far outside of Roxbury.” Throughout the evolution of the business, Holloway and his team have had the opportunity to collaborate with a variety of community leaders and centers, local businesses, and the METCO program. He says, “We’ve also been fortunate enough to help those in need in our community. Over the last few winters we’ve had our “Hope for the Homeless” initiative. In which the Hope Design team, our family and friends come together over the holidays to create care packages for the homeless to be distributed around the city of Boston.”

Holloway encourages anyone who wants to launch their own business to do so, and says, “The best advice I think I could give is if you have an idea, no matter how impossible it may seem, at least try at it. Shoot your shot. You never know what will happen. If it doesn’t unfold the way you want it to, at least you have the experience. Take the lessons and use them. It’s the only way we learn. Also, ask questions. Always ask questions. If you don’t know then someone else does or can point you in the right direction.”

Read more stories like this, learn more about the graphic design program, and the College’s student business accelerator FUEL. 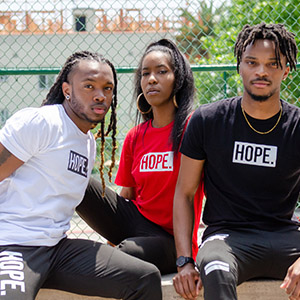 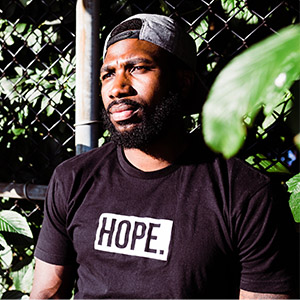