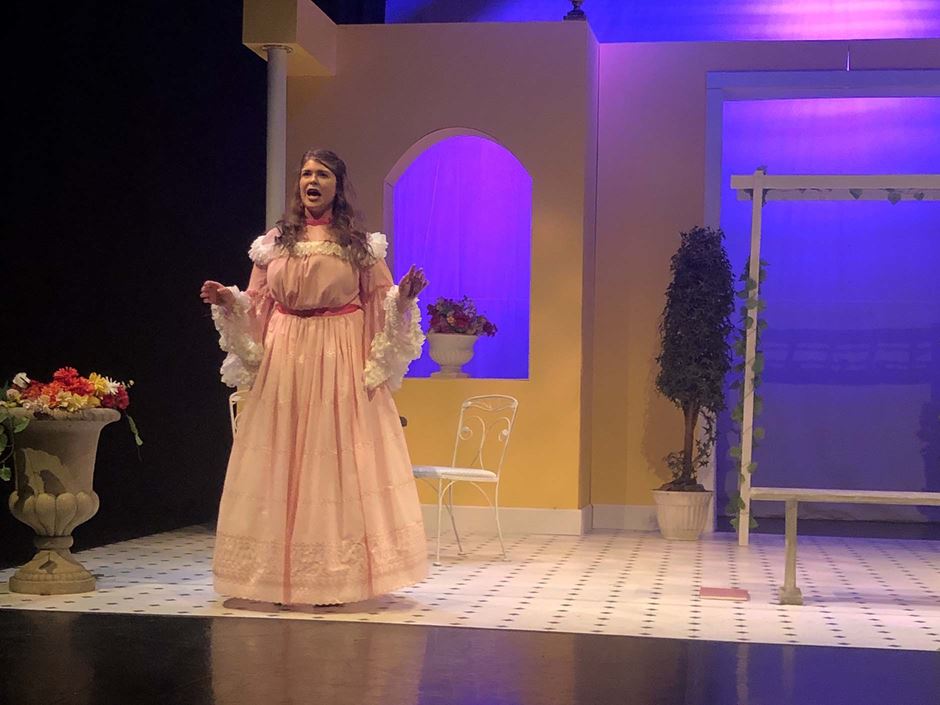 The Endicott College School of Visual & Performing Arts program hosted four main stage performances of “The Importance of Being Earnest” for enthralled audiences.

This weekend was certainly a Great One to be a Gull.

The Endicott College School of Visual & Performing Arts hosted four main stage performances of “The Importance of Being Earnest” for enthralled audiences.

Accolades have been pouring in ever since the curtains closed:

“Normally this show is so boring, but I was entranced from start to finish!”

“Great use of technology to modernize and highlight emotions in the text.”

“These actors were electric!”

This run of “The Importance of Being Earnest” was a celebration of all that Oscar Wilde could not be fully in his own time. Some cutting-edge elements included mixed-gender casting. Katie Clarke, coordinator of theater says, “At the beginning of our rehearsal process we explored, through amazing dramaturgs, Dr. Gabrielle Watling and Koby Hirschaut, the history of this play. We dove into the class system. We dug into Oscar Wilde's personal life, his personality, and his wit that made this play so integral in our theater history. At the time this play was written, being homosexual was punishable by law and Wilde's life ended in a prison cell because of this. We decided to celebrate what Wilde was ridiculed for in our production of this classic. We asked students to try their best at auditions and to not be constrained by gender roles. The rule was there were no rules, and we broke them all. What we chose to honor on stage was our designers' ability to capture tradition, while we challenged, dissected, and explored these traditions through our modern circumstances.”

The innovative casting choices paid off big-time. Congratulations to all the players!