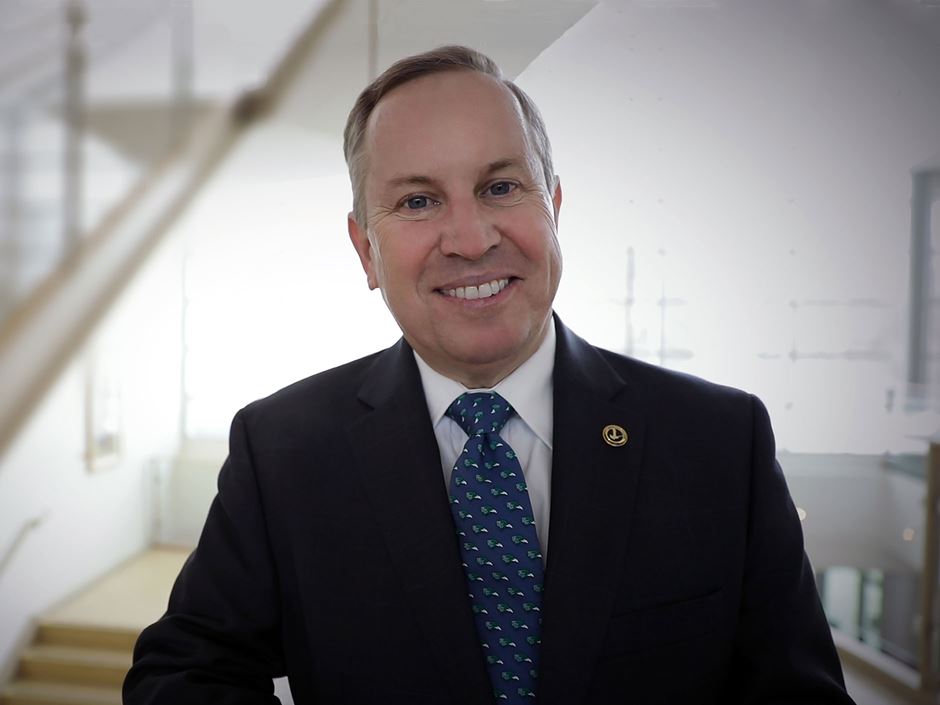 Endicott College announced that its seventh president will be Steven R. DiSalvo, Ph.D., a higher education leader with a track record of transformative success at multiple U.S. colleges and universities.

Endicott College today announced that its seventh president will be Steven R. DiSalvo, Ph.D., a higher education leader with a track record of transformative success at multiple U.S. colleges and universities. DiSalvo announced last year that he would step down as president of Saint Anselm College. At Endicott, he will follow Dr. Kathleen Barnes, who stepped into the role of interim president when Dr. Richard E. Wylie, who had served as Endicott’s president since 1987, passed away on May 12, 2018. DiSalvo will conclude his tenure at Saint Anselm on June 30 and begin at Endicott on July 1.

"Endicott is positioned to continue its trajectory forward as an innovative leader in higher education."

“Throughout our rigorous search process, Endicott’s Board of Trustees sought a candidate who will ensure that the college reaches its greatest potential,” says Board Chair Cynthia Merkle. “We are elated to announce that we have found that candidate in Steven DiSalvo, who will be Endicott College’s next president. Dr. DiSalvo’s demonstrated dedication to educating the whole student is truly a perfect match with Endicott’s hands-on model of professional and liberal arts education.”

Prior to his current role at Saint Anselm, DiSalvo served as president of Wisconsin’s Marian University. His executive experience also includes tenures as president and CEO of the Hopewell Group, a leading philanthropic advising firm, and as executive director of the Joe Torre Safe At Home Foundation, which is committed to helping children heal from traumatic violence and abuse. He also sits on the board of the New England Council, the nation’s oldest regional business association.

On the national stage, DiSalvo has surfaced as a leading voice in the ongoing conversation about college affordability, with op-eds and interviews in media outlets such as The New York Times, The Washington Post, The Wall Street Journal, and The Boston Globe, among others. He also led the Committee on Student Aid as a member of the Board of Directors for the National Association of Independent Colleges and Universities (NAICU).

“I am honored and humbled to have been selected as the seventh president of Endicott College,” DiSalvo says. “Endicott is positioned to continue its trajectory forward as an innovative leader in the higher education sector, transforming the lives of students with exceptional academic and experiential learning. My wife Eileen and I continue to be impressed with the people we have met during the search process and look forward to making Endicott our new home and to being part of this special community.”