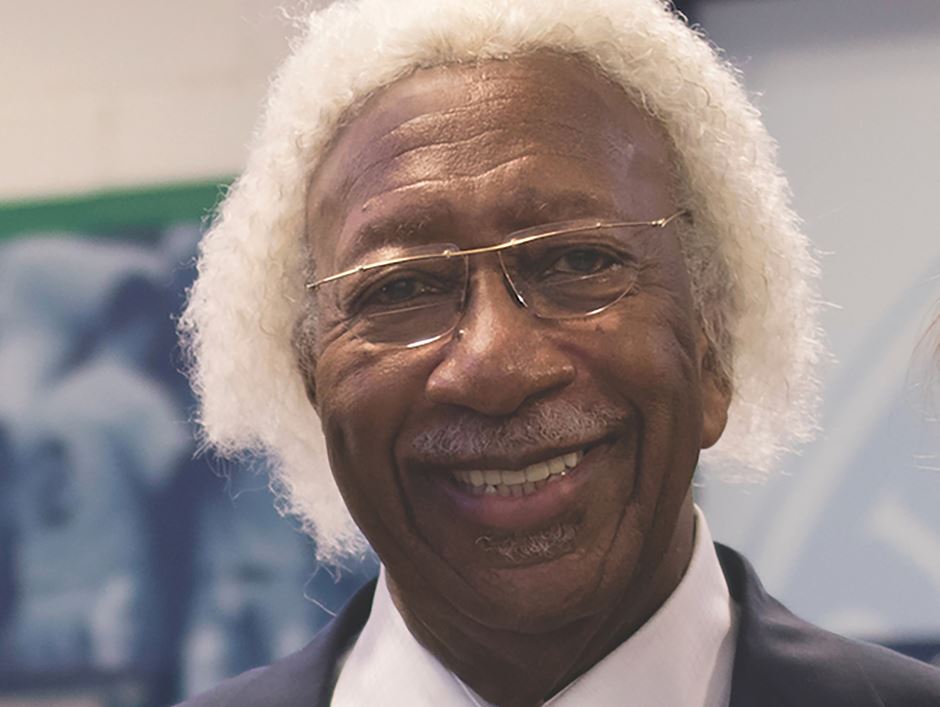 Boston, Mass. – At age 94, Marvin Gilmore continues to lead a life that has firmly established his status as a local legend. Gilmore is many things to many people: civil rights activist, entrepreneur, decorated World War II veteran, music club owner and impresario, humanitarian, political advisor, and community leader. The public is invited to learn more about and from Gilmore at this free community event:

Shortly after the death of Martin Luther King, Jr. in 1968, Gilmore co-founded Unity Bank and Trust Company in Roxbury, Massachusetts, the first African-American-owned and -operated commercial bank in Boston, which has today become OneUnited Bank. In 1973, Gilmore became president and CEO of the Community Development Corporation of Boston, kicking off four decades of work towards economic empowerment for Boston’s underserved populations.

Gilmore also served with the 458th Battery “A” Anti-Aircraft Artillery Battalion which stormed the beaches on D-Day. In 2010, he received France’s highest honor of merit when he was named a Chevalier of The Legion of Honor due to “his heroic service in World War II.” Following the war, Gilmore studied music at New England Conservatory and for more than 35 years, he owned and operated The Western Front, a much-loved Cambridge music venue.

In recent years, Gilmore’s efforts have included helping Endicott College develop its Boston campus. This conversation with Gilmore will be moderated by Dr. Chrystal Porter, author and associate provost of Endicott’s Van Loan School of Graduate and Professional Studies.

“I am really excited to introduce Mr. Gilmore, whose story offers life lessons and successes that everyone can learn from,” Porter says. “It will be a great evening with great conversation.”