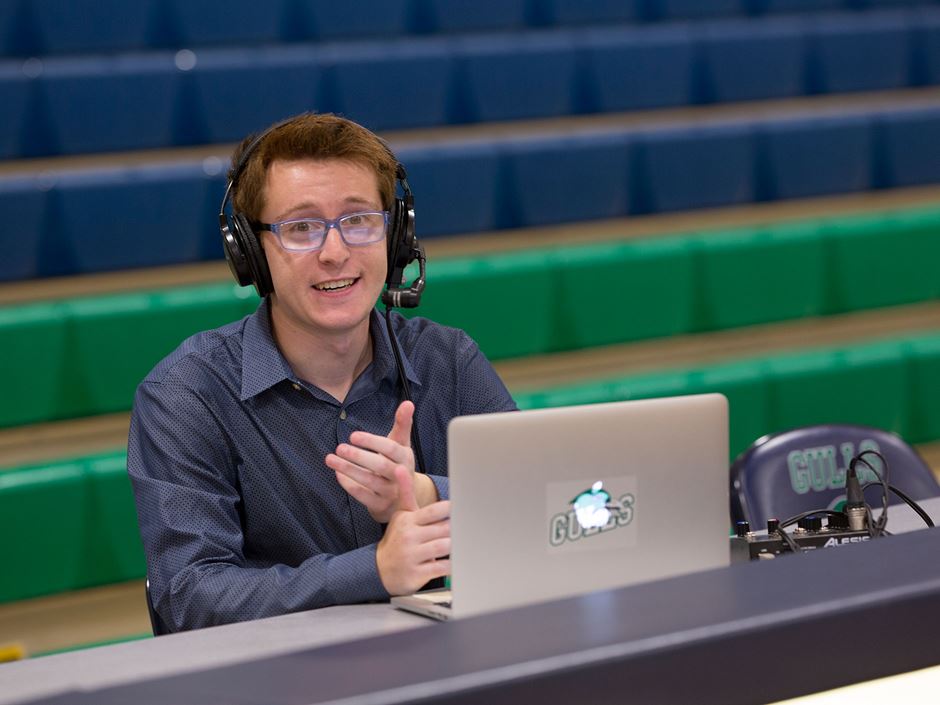 Cleveland Cavaliers fans will never forget where they watched Game 7 of the 2016 NBA Finals. That includes Zach Weiss '18, although his situation was a bit more complicated.

You’d be hard pressed to find a bigger Cavs fan outside of Ohio—Weiss prides himself on having become a fan in 2003 when the team drafted LeBron James, and that fandom has evolved into a passion highlighted by 60 different pieces of Cavaliers attire. So Weiss was happy when Cleveland erased a 3-1 series deficit to force a Game 7 against the Golden State Warriors.

There was one problem, though—when the two teams tipped off in the decisive game, Weiss was on a plane to Ireland.

That meant Weiss never saw “The Block” or Kyrie Irving’s decisive 3-pointer live. Instead, he saw them on replay at 3 a.m. in Europe.

But if Weiss’ lifelong dream of working as an NBA play-by-play announcer comes true, he might have an opportunity to call future Finals games courtside. And he’ll have a memorable anecdote to share with the audience.

I think I grew as a person. I was really shy in high school, for the most part, but during the second semester of my freshman year, I came out of that shell. I felt I could be me and not be judged by anyone.

Weiss already feels a level of comfort behind the mic thanks to his four years at Endicott College. The former communications major from Wyckoff, N.J., spent all four years calling games before he graduated in 2018.

But that comfort didn’t come right away.

“He was a very raw talent in his first year on the mic and hesitated to go outside his comfort zone as he only gravitated toward calling baseball and basketball games for us,” says Rob Palardy, who worked as an assistant athletic director for strategic communications throughout Weiss’ undergraduate years. “It took time, but ultimately Zach embraced and thrived in every opportunity that was presented to him, oftentimes calling games all by himself.”

Weiss introduced himself to and interviewed every broadcaster in the NBA as part of a year-long project that sprouted from Endicott’s Gull2Gull Mentoring Program.

“My four years at Endicott were the best of my life,” says Weiss. “I met so many great people. Great staff. I was close with a lot of professors. I think I grew as a person. I was really shy in high school, for the most part, but during the second semester of my freshman year, I came out of that shell. I felt I could be me and not be judged by anyone. It helped me do a lot more in the athletic realm.”

His impressive resume has already led to freelance opportunities post-Endicott doing play-by-play for Stevens Institute of Technology and New York University, and he has work lined up with the Women’s National D-League, a new women’s basketball league.