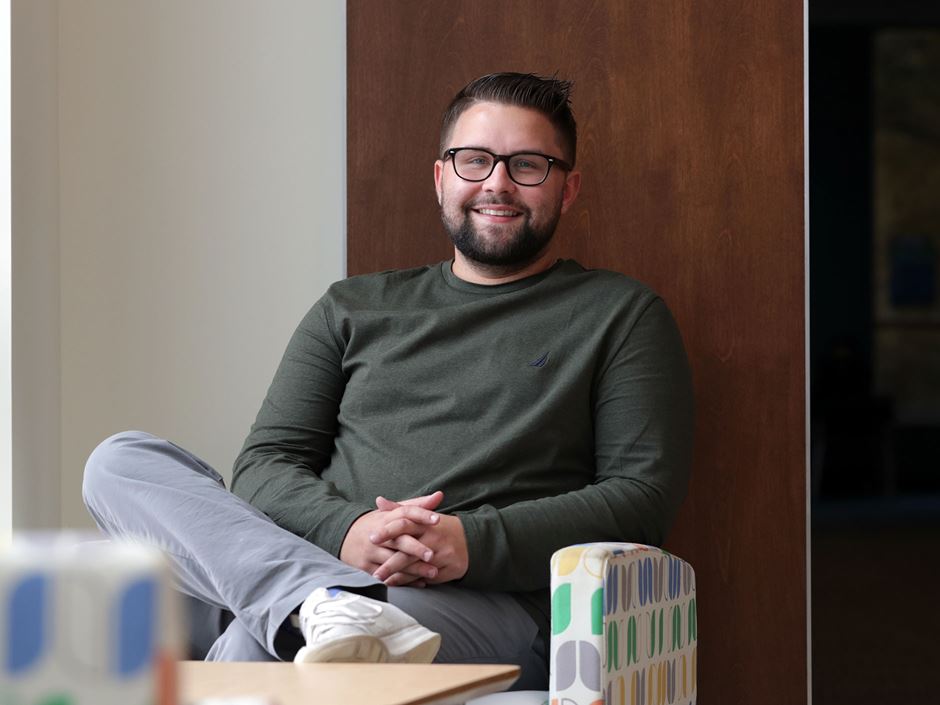 David Rosenberg is an Endicott College “Triple Gull” finding success as a BCBA and teacher in the world of ABA and autism.

Once Rosenberg, an Endicott “Triple Gull” from West Haven, Conn.—who earned his bachelor’s and master’s degrees from Endicott College and is now an adjunct faculty member—discovered the field of ABA and autism, his career calling was clear.

“The world of ABA is at the pinnacle of making a difference for families,” says Rosenberg, who studied psychology as an undergrad and earned his master’s degree through the Van Loan School at Endicott College’s Fifth Year ABA program. “Even from day one of diagnosis at 18 months to 3 years old, when kids are typically diagnosed, these parents don’t know what to do. So, they turn to someone like me, and that’s where I really get to help.”

Take for example Rosenberg’s first-ever contact with a child with autism. The boy, who was 13 at the time, wanted to learn how to ride a bike, but finding one big enough with training wheels for a child his age was difficult. His younger brother, meanwhile, was doing circles around him on his bike.

“Even from day one of diagnosis at 18 months to 3 years old, when kids are typically diagnosed, these parents don’t know what to do. So, they turn to someone like me, and that’s where I really get to help.”

Fast forward a few hours, during which Rosenberg slowly and systematically taught the brother with autism how to ride a bike without training wheels, and he was the one doing circles around his sibling. It might seem like a small feat for some, but for the child’s family—and Rosenberg—it was a moment they likely will never forget.

“That was a huge learning experience for me because I get to see the difference I make in other peoples’ lives,” says Rosenberg. “As little as I think that change is, it’s huge for them. So, I like to think I make a significant impact in my job.”

Rosenberg continued to work at Northeast Arc, eventually becoming a Board Certified Behavior Analyst (BCBA). He recently accepted a new position as a supervising clinician at Behavior Development Group.

“Endicott is beyond supportive to get the prospective BCBA to where they need to be,” says Rosenberg. “I’d say Endicott does an A-plus job getting you to that point.”

He also added teacher to his resume as an adjunct for Endicott and Van Loan. Rosenberg has been known to bring his dog for an occasional outside class, where he shows students how ABA and positive reinforcement are applied in the real world.

“David is the kind of graduate we hope to have; he is passionate, committed, and is making real differences in people's lives every day,” says Mary Jane Weiss, director of programs in autism and ABA for Van Loan. “He is changing the lives of the individuals with autism that he serves, and he is sparking enthusiasm for the science of ABA in his supervisors and in his students. We are honored and proud to have him as part of the Endicott ABA family.”

Interested in a rewarding career in ABA and autism? Learn more about the various opportunities the School of Education and Van Loan offer—including bachelor’s degrees in education, Fifth Year, master’s, and doctoral programs.