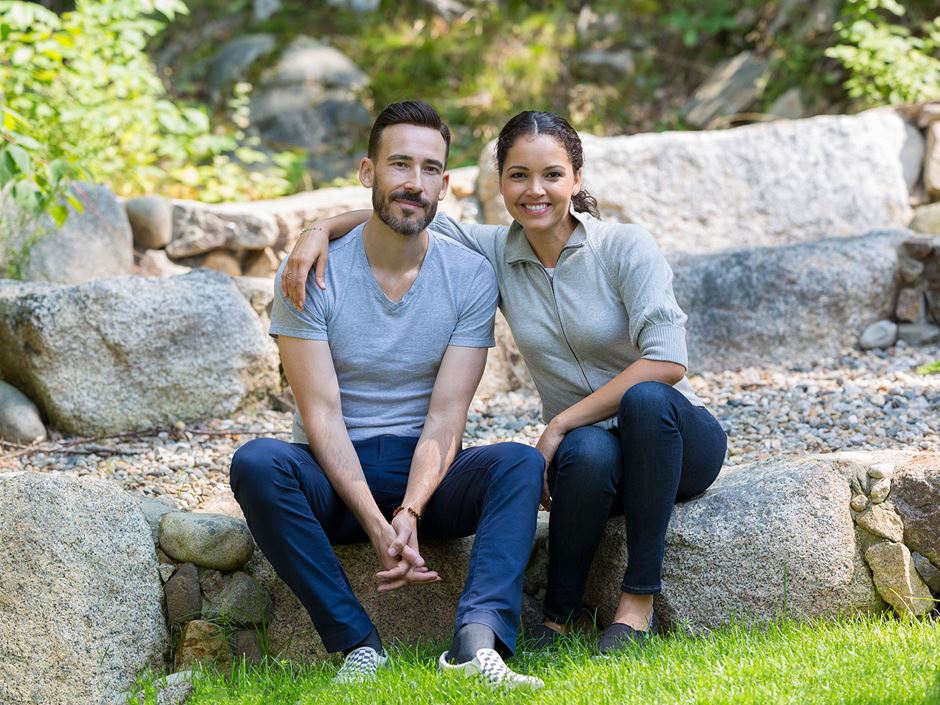 From Endicott, to LA, to New York, and back to LA—again. Matt Leslie and Susie Castillo know a thing or two about the importance of lending support where it’s due. And it’s all in the name of creative success.

The young Matt Leslie ’02, however, would most likely stare back in puzzled contemplation. Admittingly, he says, “I never knew what I wanted to do.” That was, until he discovered screenwriting.

"I didn’t win Miss Teen USA because I was supposed to go to Endicott College and meet Matt Leslie."

That was the first thing Matt Leslie asked Susie Castillo when he met her at Endicott in 1998.

This now husband and wife duo of close to 20 years is based in Los Angeles, where they pursue individual passions within the entertainment industry—Castillo a television host and actor, Leslie a screenwriter and producer.

Castillo, who in 2003 won the title of Miss USA, has landed TV hosting roles on sets such as MTV’s TRL, multiple Real World Reunion specials, and most recently Cultural Capital on Watch, Facebook's new platform for original programming. Her acting credits include a recurring role on Tyler Perry’s hit sitcom, House of Payne, ABC’s Castle, and My Wife and Kids.

Leslie, who majored in Communication, has worked on the set of films like Straight Outta Compton and Ride Along, and most recently produced and co-wrote the feature film Summer of 84. This suspense-thriller, which was chosen as a Midnight Selection in the 2018 Sundance Film Festival, is set in suburbia and tells the story of a group of kids who suspect their police officer neighbor may be the serial killer who’s all over the local news.

In their twenties, Castillo and Leslie moved from Boston, to LA, to New York, and then back to LA again for several of Castillo’s gigs. All while Leslie worked in sales for his website design company.

“When your career is contrasted against your wife’s, and she’s super successful and passionate about her path and has always known what she wanted to do with her life, it makes you think about your own path. I was like, ‘man she loves what she does and she's crushing it.’ All I knew is that I was good at writing, but I didn’t know how I could use that skill. Honestly, I felt a bit lost professionally,” says Leslie. 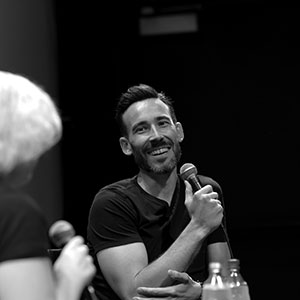 It all clicked when a friend suggested Leslie read Story by Robert McKee.  “Screenwriters read it and re-read it to master their craft. Some call it the ‘Screenwriting Bible,’” says Leslie. “I was always a movie fanatic, and suddenly it was like this whole possibility was there. Maybe this was something I really could pursue.”

Leslie dissolved his website design company, pursued screenwriting full time, and started doing development work for heavy hitters like Matt Alvarez and Scott Bernstein, two of the producers of the 2015 box office hit, Straight Outta Compton. All the while he and his writing partner, Stephen J. Smith, were writing their own screenplays, including their new film, Summer of 84.

Castillo and Leslie say they owe their success to support and hard work. Leslie shared that his parents and Castillo were always (and continue to be) incredibly supportive of his choices—no matter the career.

“It’s also a lot of work. I have never seen anybody work harder than Matt. He writes all day and all night, it’s never ending.” Castillo says simply, “Nothing beats hard work.”