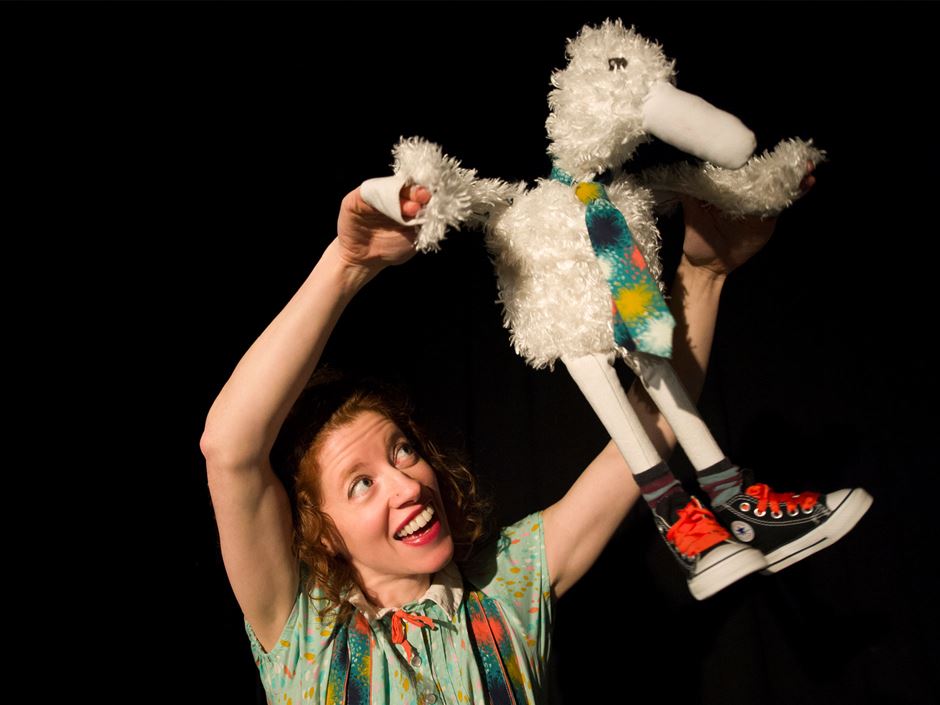 Lollipops for Breakfast, a music and puppet production by The Gottabees, shows on December 15

You can't have lollipops for breakfast! In Lollipops for Breakfast, a music and puppet production by The Gottabees, Sylvie decides she’s going to break that rule, even if it means she has to make her own amazingly perfect lollipop from scratch. Come along as she and her trusty pet bird search for missing ingredients, wrestle with giant candy machines, and get lost in a magical pop-up cookbook. This show, aimed at audiences aged 8 and under, will happen at Endicott College’s Manninen Center for the Arts, Rose Performance Hall on Saturday, December 15 at 1:00 PM and lasts about an hour. Tickets are $15 General Admission, $5 for seniors, children, and students of other schools, and $1 for EC ID holders and can be purchased at tickets.endicott.edu, at (978) 998-7700, or at the door.

Lollipops for Breakfast is a wildly imaginative ode to children’s boundless creativity. The performance, told entirely without words, features multiple styles of puppetry, with a tiny bit of acrobatics, performed by the award-winning Bonnie Duncan. It features original music performed by Brendan Burns, Tony Leva, and the Endicott College Chamber Ensemble under the direction of Nathan Cohen.

“With Lollipops for Breakfast, we are exploring how two friends overcome obstacles to get what they both want: a perfect lollipop,” said Duncan. “We want every child (and every adult, too!) to feel that they are seeing their own experience of trying something new, failing and then trying again.”

Duncan has blended puppetry, dance, and physical theatre in surprising and delightful ways for the past 15 years. Her work has been described as “an artful world of silent dreams, mime, and dance” (Austin Live Theatre). She has most recently been working as one half of They Gotta Be Secret Agents with Tim Gallagher. Their show, Poste Restante, has toured worldwide, and won “Best Touring Show of 2011,” Austin, TX; Best of the Fringe, San Francisco, 2009; and a nomination for Most Innovative Show at Prague Fringe Festival. Prior to her work as a Secret Agent, Bonnie was a company member of Snappy Dance Theater for eight years, performing sculptural, acrobatic dances internationally. Her movement was called “breathtakingly simple” and “delightfully crafty” by the Boston Globe.

This production is funded in part by the van Otterloo Family Foundation. If you have any questions regarding Lollipops for Breakfast, please contact Rebecca Kenneally at rkenneal@endicott.edu or visit our ticketing site at tickets.endicott.edu.

Lollipops for Breakfast: Puppet Theater by the Gottabees, with Endicott’s Chamber Ensemble