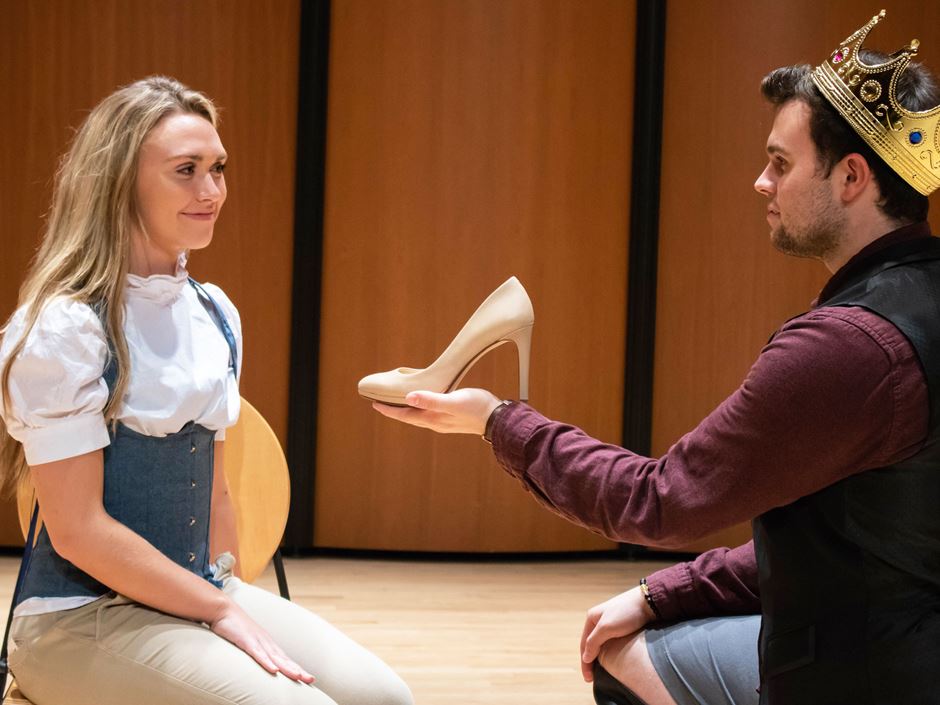 Come Into the Woods with the talented students at Endicott College this November 1-4!

Come Into the Woods with the talented students at Endicott College this November 1-4! Everyone's favorite storybook characters have come together for a timeless, relevant, Tony-Award-winning show with music and lyrics by Stephen Sondheim and book by James Lapine. The story follows a fairytale Baker and his Wife, Cinderella, Little Red (Riding Hood), Jack (of the Beanstalk), and many more characters- all wishing for something more. When the Baker and his Wife learn that they cannot have a child because of the Witch's curse, the two set off on a journey to break it. Everyone's wish is granted, but the consequences of their actions return to haunt them in the end. Directed by Professor Penny Singh. Shows are Thursday, November 1 through Saturday November 4 at 7:30 p.m. and Saturday and Sunday, November 3 and 4, at 2:00 p.m.

The message of Into the Woods is universal:  be careful what you wish for and what you do to obtain it.  What you put out into the world eventually comes back to you.  No one is alone, and that is both a comfort and a responsibility:  even the smallest actions can create large waves and we are all accountable. The realization that how the story is told is each characters’ own responsibility, and that realization helps them to gain the courage to conquer their own giants. Endicott’s production of Into the Woods focuses on a troupe of actors all playing multiple roles, using only piano in the intimate space of Tia’s Black Box Theater. Director Penny Singh, of Beverly, said,

“I wanted to create a demanding and thought-provoking piece for a group of strong of actors. With the exception of a handful of the central characters, each actor plays a few different roles. This helps to emphasize the relatability of the themes within the show. We are all characters in our own daily fairytales: running around, trying on different personas, all the while attempting to get what we think we truly desire. When we hurt others on the path to acquiring what which we wish for, we also hurt ourselves.”

The actors have enjoyed the challenge of diving into the piece. "Into the Woods is one of my favorite musicals and I could not be more excited to be participating as not just one but two characters!” said Courtney Hornstra of Hingham (playing Rapunzel and Lucinda). “It’s been difficult so far playing two incredibly different characters. I've found that playing both a villain and a kind-hearted character has been a struggle, but at the same time, the characters that are such opposites gives me opportunities to show my versatility as an actress.” She goes on to say, “…each role has such a stigma behind them. Their stories have been retold for centuries. There is no one way to play any of the characters so it’s fun to see the different dynamics my fellow cast members create!”

Performances take place in Tia’s Theater, Manninen Center for the Arts, Endicott College, 376 Hale St., Beverly, MA. Tickets are General Admission: $15; Seniors and students of other institutions: $5; and EC ID holders: $1, and can be purchased at tickets.endicott.edu or by or calling  the box office at 978-998-7700. If you have any questions regarding Into the Woods, please contact Penny Singh at psingh@endicott.edu.

Into the Woods: A Mainstage Production

Tia’s Theater, Center for the Arts