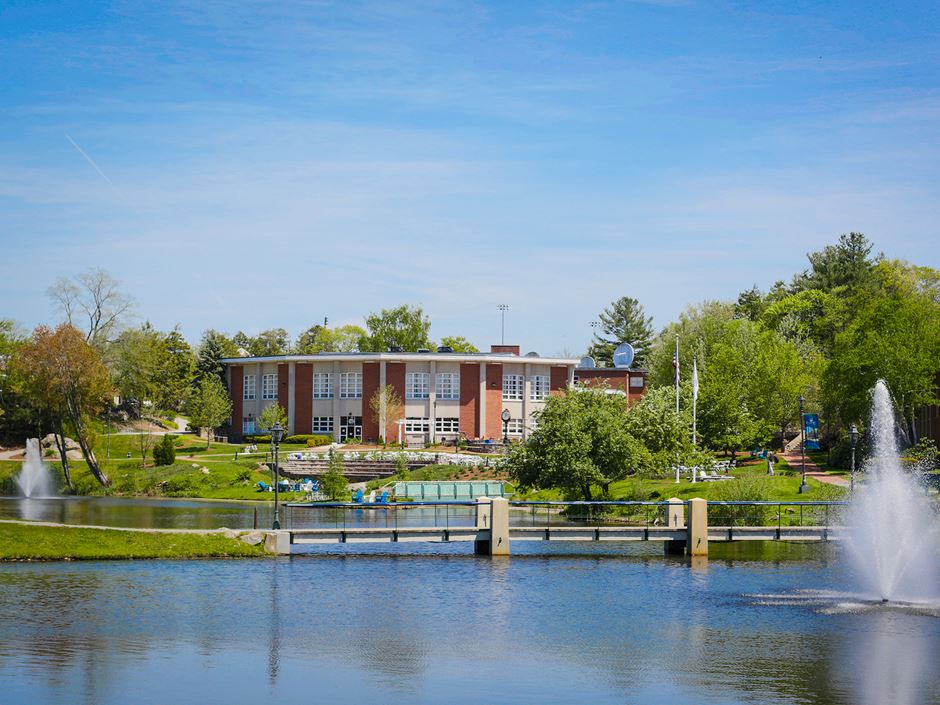 Interim President Dr. Katie Barnes announced today the election of Jayne Rice, Richard Hutchinson, and Ayune Michel to the Endicott College Board of Trustees.  They were nominated and appointed at the October 19th Board meeting.

On the new appointments, Dr. Barnes said: “Amidst Endicott’s change and growth we are anchored by our Board of Trustees and the leadership of its members. I am pleased to welcome our new Trustees and I look forward to their contributions as we complete our search for a new president and embark upon the College’s next chapter.”

Jayne M. Rice is a Partner and Managing Director at Brookwood Financial Partners, LLC, a private equity real estate investment firm headquartered in Beverly, MA.  At Brookwood, she serves as the Director of Institutional Sales, Marketing and Investor Relations and is primarily responsible for working with current and prospective institutional investors on all aspects of capital sourcing, marketing, and investor relations. She is a member of Brookwood’s and Yesway’s Executive and Investment Committees.

Prior to joining Brookwood, Jayne was the Director of Marketing and Client Services for a global emerging markets hedge fund, where she was responsible for raising capital and investor relations. From 1990 to 2004, she was a senior executive at Marsh & McLennan, Inc., most recently having served as Managing Director and Chairperson of the Solution Development Group, a department she created to help identify, develop, and sell new products and services across all North American practices and industry specialties. As the North American Director of Marsh’s Business in Combination initiative, Jayne worked with Global Practice leaders to create new revenue and operating efficiencies across all Marsh subsidiary companies.

Jayne serves as a Director for Beverly Bank in Beverly, Massachusetts; is a member of the Endicott College Board of Advisors; was a trustee of Brookwood School, where she served as the President of the Parents’ Association; and for many years was a Director at the Big Sister Association of Greater Boston and Girls Inc. of Lynn.  She is a member of WIRE (Women in Real Estate), has been active with The Boston Club and The Commonwealth Institute - organizations that are focused on supporting senior women executives and entrepreneurs - and was a speaker at the Federal Reserve Bank of Boston’s conference on “Reaching the Top: Challenges and Opportunities for Women Leaders” in 2004.

Jayne is a graduate of Yale University. In 2017, Jayne completed the Oxford Strategic Leadership Programme at the University of Oxford’s Saïd Business School.

Richard Hutchinson is the founder and Chief Executive Officer of Discovery Senior Living, a family of companies that is an industry leader in seniors housing with over 8,500 units in operation or under development throughout the Midwest, Mid-Atlantic, and Southern United States. The company includes an array of living options such as senior apartments, independent living in both multi-apartment and villa environments, supervised independent living, personal care, assisted living and memory care, and has a diverse rental portfolio featuring resort-style campuses, state-of-the-art care communities, village-inspired wellness and care communities, and secured memory care neighborhoods.

Through Richard’s leadership, the family of companies has redefined seniors housing, achieving significant growth and fostering a business culture of innovation, integrity and creativity. The companies have been recognized for their exceptionalism and ingenuity and have received accolades and awards from The National Association of Home Builders 50+ Seniors Housing Council, Southeast Builders Conference, National Mature Media and Generations Awards, as well as earning a five-star rating from the Centers for Medicare and Medicaid Services for Quality of Patient Care.

Prior to joining Discovery, Richard held the position of Chief Financial Officer with Aston Care Systems, Inc. from 1996 to 2006. During his 25+ year career he has negotiated and closed more than $1 billion in equity and debt transactions, while establishing relationships with many of the industry’s key financiers, investors and operators.

Ayune Michel is a retired Nurse Administrator who spent most of her career with the Department of Developmental Disabilities.  She worked at the historic Walter E. Fernald Developmental Center, which is a National Register Historic District and the oldest facility in the western hemisphere for treating and caring for individuals with developmental and intellectual challenges.

Ayune’s career spanned from staff nurse to Director of Nursing Administration when she retired in 1995.  Following retirement she joined her husband's periodontal practice where she managed the office and assisted in all areas of the practice.

Ayune grew up in Gloucester, MA and attended Endicott College earning an Associate of Science Degree in 1972.  From Endicott she attended the Newton-Wellesley Hospital School of Nursing, received a Bachelor of Science in Health Science from Northeastern University, and then earned a Master of Arts in Heath Care Administration from Framingham State University.


Today, Ayune splits her time between Florida and Cape Cod, where she is involved with various organizations, associations, and enjoys many activities.