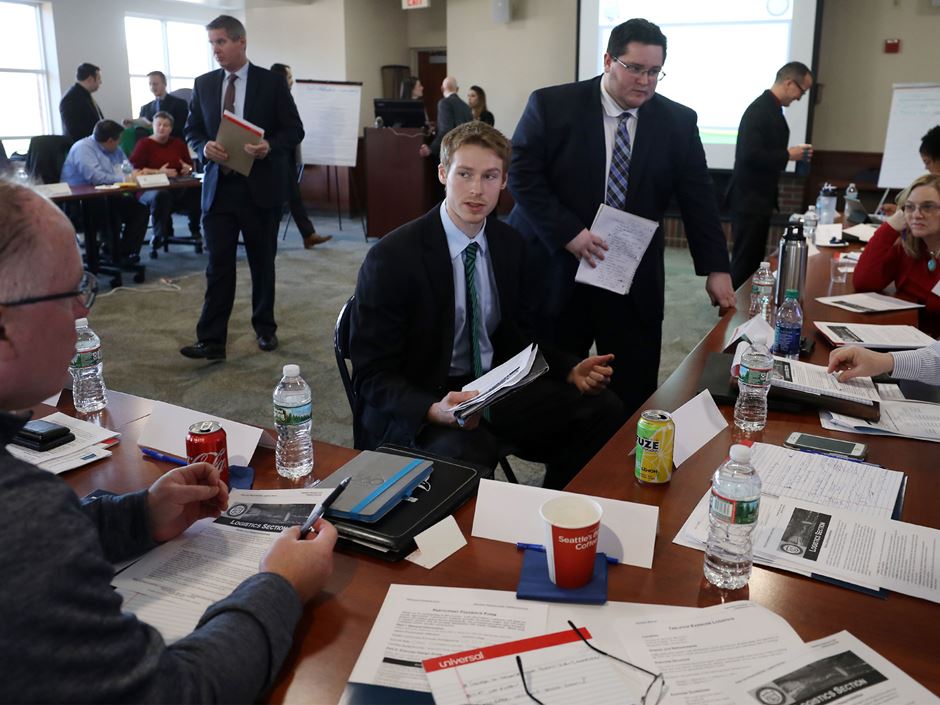 The Van Loan School at Endicott College announces its new advisory board for the graduate-level Homeland Security program.

The Van Loan School at Endicott College announces its new advisory board for the graduate-level Homeland Security program, comprising five seasoned leaders and strategists with experience from both the private and public sector. The advisory board lends their expertise in helping to shape the program, offering invaluable insight on the skills that students need to be successful in the growing fields of emergency and risk management.

Kevin Burke: Former Essex County District Attorney who accomplished the first comprehensive Victim/Witness Program in the Commonwealth, and author of the Massachusetts Victim Bill of Rights; former Massachusetts Secretary of Public Safety where he oversaw the operation of 13 agencies concerned with the public safety and homeland security of the Commonwealth of Massachusetts; and former Interim Chair of Criminal Justice and Security Studies at Endicott College, where he taught courses in Constitutional Law, Criminal Law, Criminal Procedure, Policing, and Corrections and Security Studies.

Nancy McGillivray: Former United States Marshal for the District of Massachusetts — a President Clinton appointee to the Marshal’s position, McGillivray was the first career woman in the nation to be appointed to the rank of United States Marshal— a high profile position with extensive contacts in the judicial, legal, public and private sectors; currently working as a security consultant in both the public and private sector providing monitoring, compliance, and expert investigative and security services to corporations, law firms, non-profit entities, governments, and individuals.

Warren T. Bamford: Former Special Agent in Charge of the Federal Bureau of Investigation’s (FBI) Boston Office where he had responsibility for the investigation of large scale frauds, terrorism, and violent crime.  He ultimately worked as part of the FBI’s Senior Executive Service, overseeing counterterrorism, crisis management and critical incident programs at the regional and national levels; current Vice President of Global Security for National Grid where he leads security programs in the United Kingdom and the United States, including risks associated with physical and personnel security threats and acts to ensure that those risks are understood, addressed, and appropriately mitigated.

Kurt Schwartz: Former Undersecretary for Homeland Security, Massachusetts Executive Office of Public Safety and Security, providing strategic leadership to the Massachusetts National Guard, the Department of Fire Services, the Commonwealth Fusion Center, and the Homeland Security Division; current Director of the Massachusetts Emergency Management Agency (MEMA) where he oversees the response to, and recovery from a number of presidentially declared disasters resulting from floods, tornadoes, blizzards and severe winter storms, hurricanes, including a massive water system failure in 2010 that disrupted water supplies to three million people, the 2013 terrorist attack on the Boston Marathon, and the 2015 record-breaking winter storms that dropped 9’ of snow in central and eastern Massachusetts in four weeks.

Learn more about the Master of Science in Homeland Security and its specializations in emergency management and cybersecurity available through the Van Loan School at Endicott College. A graduate-level Certificate in Cybersecurity is also available.