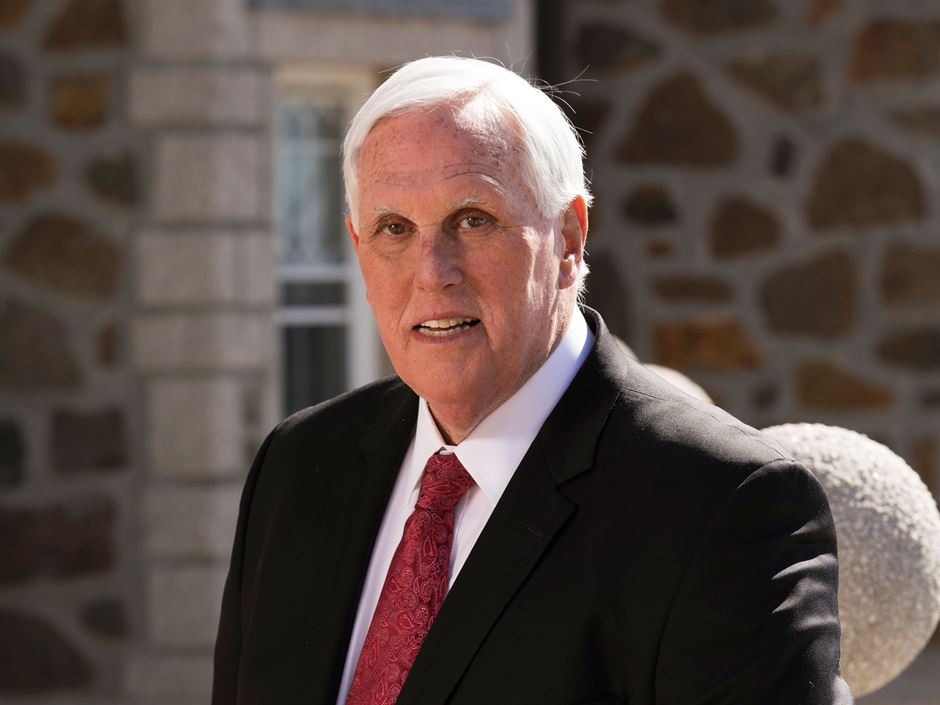 The Endicott College community is deeply saddened to announce the passing of college president Dr. Richard E. Wylie on May 12, 2018.

Endicott College has planned for a Dr. Richard E. Wylie memorial service that is tentatively scheduled for October 19, 2018. This event serves as an opportunity for all community members and supporters of the Wylie family to pay tribute to Dr. Wylie's memory and historic transformation and development of our institution. Additional details will be revealed as they become available.

In addition to a community-wide celebration of Dr. Wylie's life, the Richard E. Wylie Memorial Scholarship Fund has been created which will continue our former president's legacy. To support this scholarship, please visit endicott.edu/onlinegiving and select scholarships from the drop-down menu to make your gift. If you prefer, make your donation to Endicott College, 376 Hale Street, Beverly, MA 01915, or call the Office of Institutional Advancement at Endicott College at 979-232-2017 to make your gift over the phone.

The Endicott College community is deeply saddened to announce the passing of college president Dr. Richard E. Wylie on May 12, 2018. As Endicott’s fifth president, he was widely credited with spearheading the College’s transition from a small, two-year school for women to a coeducational institution with national and international reach offering undergraduate, graduate, and doctoral degrees.

Assuming the presidency in 1987, Dr. Wylie came at a time when the school was facing declining enrollments and financial uncertainty. Many acres of College property had been sold, and members of the Board of Trustees were considering bids from other colleges to purchase the school outright. With what the Endicott community would come to recognize as his customary optimism and energy, he persuaded the trustees to give him a year to develop a plan to not only save but also expand the College and its offerings. His one-year reprieve became a thirty-one-year presidency during which Endicott became a heralded success story in higher education.

Dr. Wylie was able to recruit top-level administrators and faculty who believed in his vision of what Endicott could become. He also inspired Endicott’s staff to come together as a community and build on their strengths. The result was a strategic plan for growth, a financial model to stabilize assets and support new initiatives, and an expansion of academic programs that would attract new student populations.

Earning the nickname “hard hat president,” he presided over the design, financing, and construction of 26 buildings on the campus including academic facilities, residence halls, sports complexes, and an arts center. An additional 100 acres were acquired, many containing oceanfront properties that were converted for student use. In the last years of his presidency, the College’s endowment grew from less than $3 million to more than $83 million; and the value of the institution increased from approximately $30 million to more than $150 million.

Campus improvements and financial restructuring were only part of Endicott’s renaissance. As a former vice president and dean at Lesley College, dean at the University of Colorado, and department chair at Temple University, Dr. Wylie brought experience in teaching, program development, educational theory, and administration to the College. During his tenure, baccalaureate programs were added, a graduate school was established, and in 2012 Endicott became the first college on the North Shore to offer doctoral programs. The College’s hallmark internship program was expanded and was recognized as a national model of excellence. Endicott was consistently listed in U.S. News and World Report’s Top Tier of Universities in the North, earned Princeton Review’s rating as one of the country’s “green colleges,” and was nationally recognized for its commitment to community service among many other awards. The College also developed international affiliations and off-campus learning sites, offering undergraduate and graduate degree programs throughout the region and around the world.

Dr. Wylie received numerous recognitions and awards including the Richard J. Bradley Award, granted by the New England Association of Schools and Colleges (NEASC) for his significant contributions to regional school accreditation, and the Dr. Jack Mombourquette Award for International Education for his contributions to American and international schools abroad. He served as a consultant to education ministries, government agencies, and schools in more than 30 countries, and he was named an Aspen Fellow by the Aspen Institute for his leadership in multi-generational education.

Born in Newton, Massachusetts on May 7, 1941 to the late Dr. James A. Wylie, a professor at Boston University, and Catherine (McCourt) Wylie, Dr. Wylie spent his entire professional life in the field of education. In his early career, he was a public school teacher and administrator in Gloucester, Needham, and Walpole, Massachusetts, and a college professor and administrator. He authored many educational books for children and wrote extensively on intercultural and international education.

Dr. Wylie served as president and a member of the board of directors for the New England Association of Schools and Colleges (NEASC), chair of NEASC’s Committee on International and American Schools Abroad, and chair of the board of trustees of the Urban College of Boston. Active in the community, he served on many boards of directors, including Beverly Bank, North Shore Innoventures, Beverly School for Communication Disorders and the Deaf, and Beverly Main Streets. He was a long-time Rotarian in Beverly.

He is survived by his wife, Mary (Bateman) of Sudbury; his brother James A. Wylie, Jr. and his wife Karen (Lamotte) of Ridgefield, Conn.; his son Christopher and his wife Rachel of Bridgewater; his daughter Kathleen Rocco and her husband Eric of Grafton; his son Brian and his wife Sonia of Middleton; and his son Gregory and his wife Amy of Concord. He had eight grandchildren. While dedicated to the success of the College and the students, his family was always an integral part of his life.

Dr. Wylie will be remembered for his tireless efforts on behalf of students, his belief that change must be embraced to make higher education continuously relevant, his entrepreneurial spirit coupled with the insight and energy to turn ideas into realities, and his determination to continually ask, “What’s next?” To thousands of Endicott students and alumni, he will be fondly remembered simply as “Doc.”

A funeral mass to be held for Dr. Wylie at St. Mary Star of the Sea Catholic Church in Beverly on Thursday, May 17 at 11 a.m. A memorial service celebrating Dr. Wylie's life and legacy will be held on the Endicott campus over the summer; the College will provide more details as they become available. Thank you to our community for the outpouring of support and remembrances.