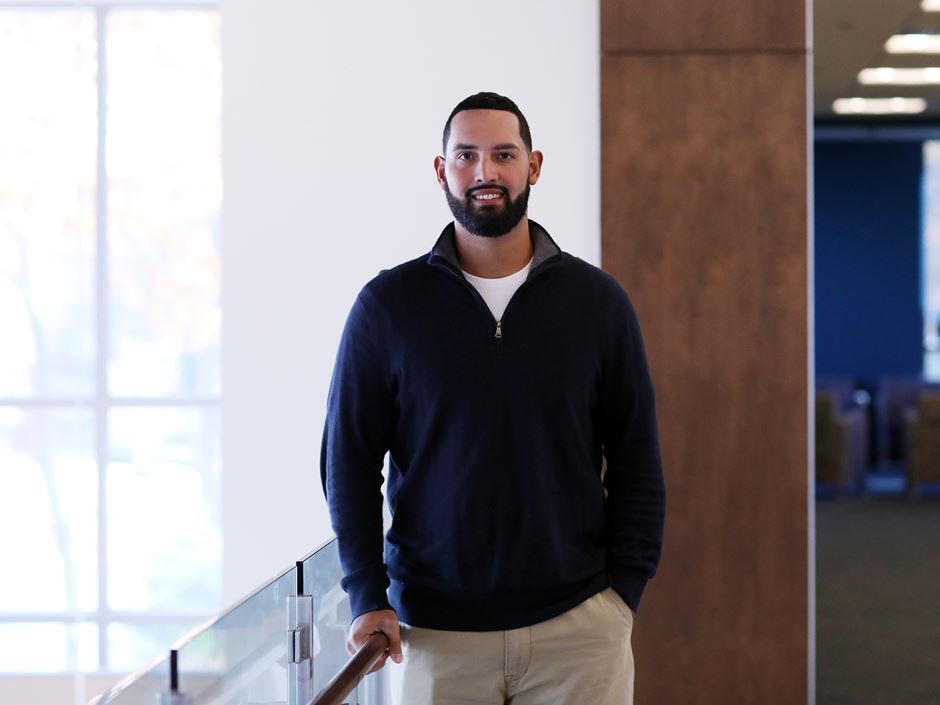 When those impacted by the devastating 2017 Atlantic hurricane season needed help, Felix Zamot (Master of Science in Homeland Security, 2016) answered the call.

Zamot, a former graduate student at the Van Loan School at Endicott College, was selected to a joint task force through the Department of Homeland Security and Federal Emergency Management Agency (FEMA). From there, the Transportation Security Administration (TSA) employee at Boston’s Logan Airport went to Anniston, Ala., for training at FEMA’s Center for Domestic Preparedness.

The original plan was to help the disaster relief in Texas and Florida following hurricanes Harvey and Irma, respectively, but then Hurricane Maria struck the beautiful island where he was from. What he saw on the ground following roughly 10 days of training was heartbreaking.

“I would say the living conditions down there for the locals was pretty rough, especially the first couple of weeks after the storm – no potable water, no power, a lot of homes missing roofs, and, unfortunately, a lot of deceased,” Zamot, who’s from Isabela, Puerto Rico, said following his 45-day FEMA deployment. “I saw some things the average person probably wouldn’t want to see when I was down there.”

Due to his experience, Zamot was assigned to logistics at the airport in San Juan. The logistics mainly involved receiving air cargo, which he did inventory for to make sure the island’s distribution centers were filled. He also worked with the United States Army Corps of Engineers, including when it delivered roughly 700 generators, as well as help with the flow of supplies to the U.S. Virgin Islands.

He saw firsthand how politics can play a role in disaster response, but Zamot also witnessed the hard work being done by FEMA employees to help Puerto Rico recover. And the entire experience put things in perspective.

“It was all eye-opening, and it was an experience I am able to bring with me here and reflect on the life I live here, and how minimalistic one can live and still be happy with one’s got,” Zamot said.

Zamot was ready to face these challenges head-on thanks in part to his TSA work experience and the education he received at Endicott.

“Felix was a natural leader and had a great presence in the classroom, where he was always willing to help his peers,” Assistant Director Homeland Security Studies Engrid Backstrom said. “He exceled in a team environment and now has carried these traits over into his professional life. He should be extremely proud of his accomplishments. We are certainly proud of him.”

Since his deployment has ended, Zamot has returned to Massachusetts, where he went to Beverly High School and Salem State University for his bachelor’s degree in criminal justice.

Enrollment in the Van Loan School at Endicott College’s homeland security studies graduate program is on a rolling basis and programs are available on-site in Beverly or 100 percent online. Learn more about the program, including specializations in the growing fields of emergency management and cybersecurity.