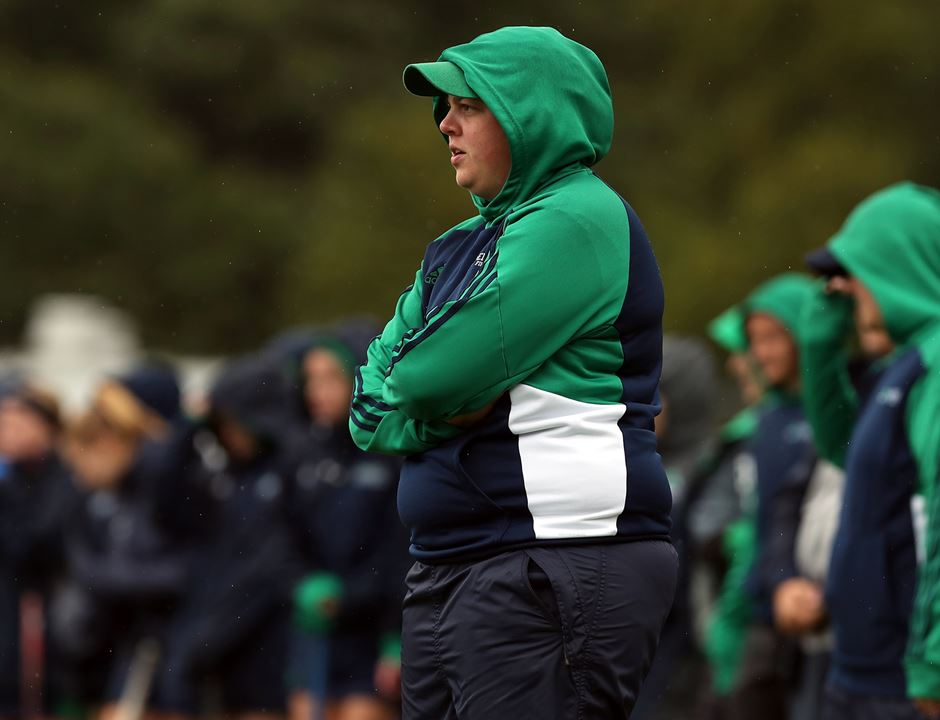 Taylor Teixeira and Endicott College have been a perfect match ever since she stepped foot on campus.

Teixeira, who starred for four years on the field hockey team as a goalkeeper, knew she wanted to work in sports; and Endicott College and its Van Loan School of Graduate and Professional Studies helped her get there with her Bachelor of Science in Sport Management (‘13) and Master of Education in Athletic Administration (M’15).

“It’s home. This is a special place,” Teixeira, now an Endicott assistant field hockey coach, said. “I recommend it to anyone, and I wouldn’t have spent six years here if I didn’t love it. The people are great, the students are awesome, and the opportunities here are something you can’t get anywhere else.”

Her education, internships, and experience as a graduate assistant for Endicott’s sports information department all helped her earn a two-year opportunity as the coordinator of sport administration and communications for the New England Women's and Men's Athletic Conference (NEWMAC), an intercollegiate athletic conference affiliated with the NCAA's Division III. That position, funded through the NCAA Ethnic Minorities and Women's Internship Grant, later opened the door to her promotion to the conference’s assistant director in June 2017.

As assistant director, Teixeira is in charge of a wide range of projects, including strategic communications, marketing, social media, compliance, championships, and scheduling four years out for the conference’s 11 members. She also is the liaison for football, which the NEWMAC added this year.


Teixeira ultimately wants to work as an athletic director, preferably at the Division III level. And she’s already had a taste for what that job entails through her work experience and interactions with athletic directors while working toward her undergraduate and graduate degrees.

“It was so cool to have high school and college athletic directors getting their master’s degrees from Endicott,” Teixeira said of the athletic administration program. “And there I was—a grad assistant— debating with those athletic directors, gaining insights and different perspectives from people who have been in the business for a really long time.”

“Our experienced faculty, advisory board, and real-life practitioners help our students make life-long connections that will help them throughout their careers,” program director Anthony D’Onofrio said. “And Taylor is a great example of how our Master of Education in Athletic Administration can further a career in sport.”