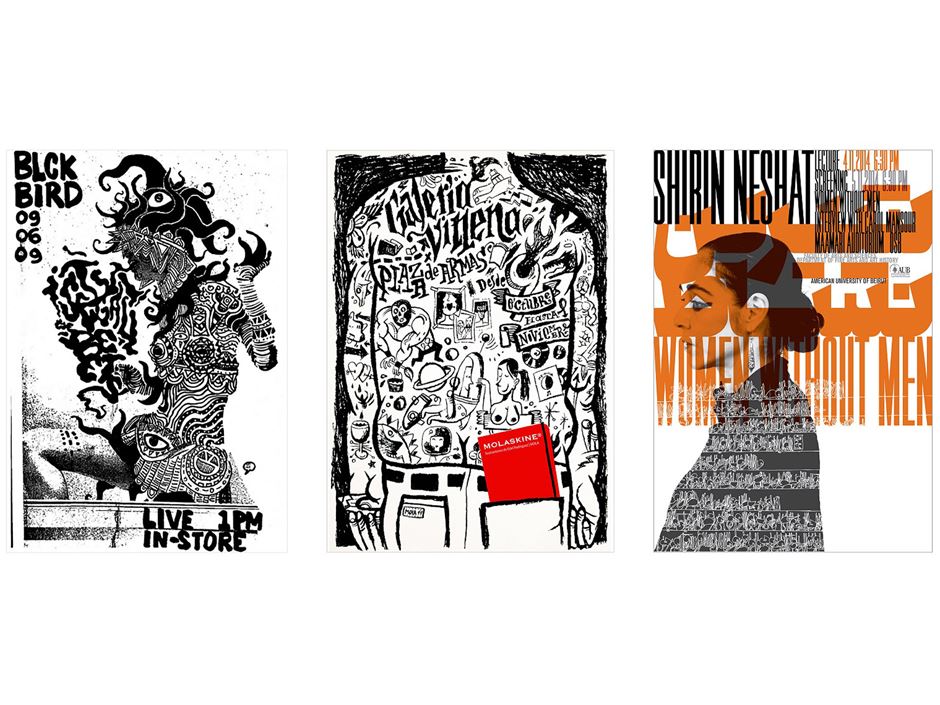 The Seattle – Havana - Tehran Show featuring more than 60 arts and culture-related posters created by designers from each city—will open on October 16, and end on Friday, December 21, 2017.

Curated by Daniel R. Smith of Seattle; Pepe Menéndez of Havana; and Iman Raad of Tehran, The Seattle – Havana - Tehran Show featuring more than 60 arts and culture-related posters created by designers from each city—will open on October 16, and end on Friday, December 21, 2017. A curators’ presentation featuring Daniel R. Smith, Seattle designer, and Iman Raad, Tehran designer, will take place on Tuesday, October 17 starting at 6:00 p.m. in the Rose Performance Hall.  A reception will follow in the Grillo Gallery, all free and open to the public.  The show serves as a survey of contemporary popular culture and cutting – edge design from the US, Cuba, and Iran.  Posters are organized into triplets, one from each city, that share something in common, such as color, shape or subject matter. This ambitious project seeks to unite three politically and geographically disparate cities through the arts and spark a lively exchange.

According to Co-curator and Seattle based designer Daniel R. Smith, “It's important to me that The Seattle – Havana - Tehran Show encourages a deeper exchange between our cities. This poster show should be a starting point, not an end point, for all the designers involved and its audience. It is a catalyst for future projects and for friendships to develop.”

The Seattle-Havana-Tehran Show builds on two firsts: the first American and Cuban city-to-city design exchange since Cuba’s 1959 revolution (The Seattle-Havana Poster Show, 2007), and the first U.S. exhibition of contemporary Iranian posters since their 1979 revolution (The Seattle-Tehran Poster Show, 2008). While the show was in Cuba, it marked the first time that all three cities came together to produce a collective exhibition.  A limited number of gallery booklets will be available for sale at the reception. For more information about the traveling exhibition, please visit www.shtshow.com.