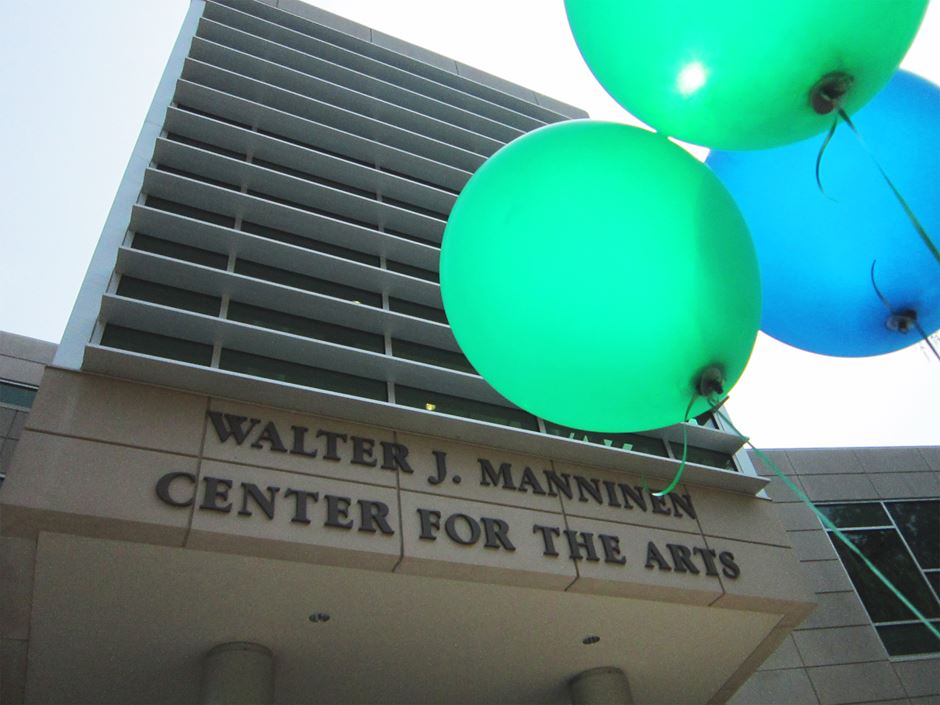 Sharing Voices; Sharing the Song – this motto captures the spirit of exchange happening between Oscars Youth Choir of Stockholm, Sweden and the Endicott Singers of Endicott College. This fall, the Swedes will visit Endicott, and in April, 2018, the Endicott group will travel to Stockholm.

BEVERLY - Sharing Voices; Sharing the Song – this motto captures the spirit of exchange happening between Oscars Youth Choir of Stockholm, Sweden and the Endicott Singers of Endicott College. This fall, the Swedes will visit Endicott, and in April, 2018, the Endicott group will travel to Stockholm. Both groups are fundraising, rehearsing, and preparing to meet for an exchange of ideas, music, and friendship. 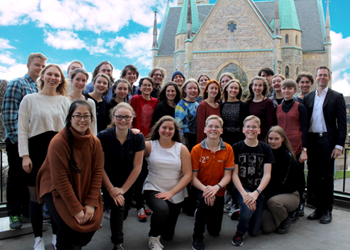 The 25 singers, ages 15-21, from Oscars Church in the Eastern part of Stockholm will be in residence at Endicott from October 26-November 2, 2017, in a combination of home stays and at The Wylie Inn and Conference Center. The groups will give three joint performances. They will sing three pieces at the “Friends and Families Concert,” Saturday, October 28 at 7 PM, and take part in the Sunday church service at First Church Wenham, in Wenham, MA at 10 AM on Sunday, October 29. The groups’ final performance together will be Wednesday, November 1, at 7:30 PM. A full-length concert called “Creation,” this event will feature works by Swedish, North American, Native American, and European composers that evoke ideas of creation in myth, on earth, and in heaven.

Working together, the groups will also participate in workshops with Gospel Music Director Donnell Patterson on Sunday, October 29 with an open presentation from 8:30-9 PM, Ipswich High School Choral Department under director Abby Frost on Monday, October, 30, and the Chamber Chorus of Massachusetts Institute of Technology on Tuesday, October 31.

“There is such an enhanced experience with an exchange, rather than a tour,” said Michael Varno, a sophomore at Endicott. “We will get to learn from another director and experience another culture through personal connections.”

Directors Pär Olafsson from Stockholm and Rebecca Kenneally from Endicott Singers continue to share their experiences in American and Swedish choral music as directors in their exchange which began in 2015 through the American Choral Directors Association International Conductors Exchange Program. That year, the two traveled to each other’s programs to conduct and observe.

Of course, the current exchange will not consist of only workshops, rehearsals and performances - the Swedish visitors will experience Blue Man Group at the Charles Playhouse in Boston, a Boston Duck Tour, a trip to the Peabody Essex Museum in Salem, The Salem Witch Museum, and the general revelry of Salem at Halloween.

“We also have to visit Marshall’s (department store),” said one member of the Oscar’s Choir. The plans definitely include time for shopping for American bargains.

The 35 members of the Endicott Singers have begun a full fundraising campaign for their trip to Sweden, needing about $2,500 a person. While there, the singers will collaborate again with the Oscar’s Choir to perform Carl Orff’s famous work, Carmina Burana, with the Stockholm Youth Orchestra, an Evensong in the National Cathedral in Upsala, and share portions of Leonard Bernstein’s West Side Story, which the Endicott Singers will be working on all spring.  The college students will stay in a youth hostel on the Nybroviken (Bay), and take in the sites of Stockholm, also known as “the Venice of the North,” for its location on several islands connected by bridges.

“I cannot wait for the students to experience the hospitality and warmth in Stockholm,” Kenneally said, “and to see how integrated music, especially choral music, is in Swedish society.”

The November 1 concert is funded in part by the van Otterloo Family Foundation. 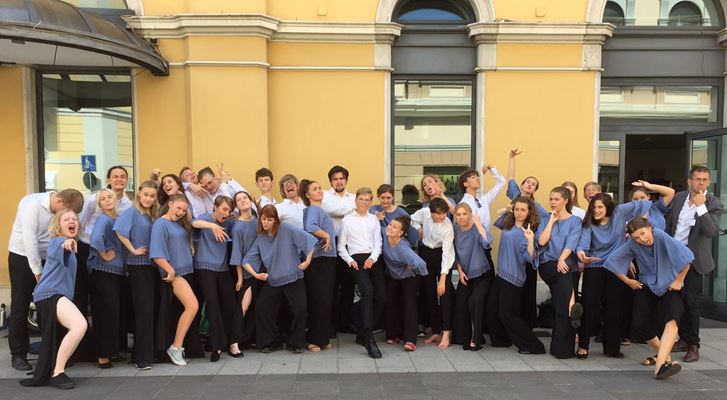