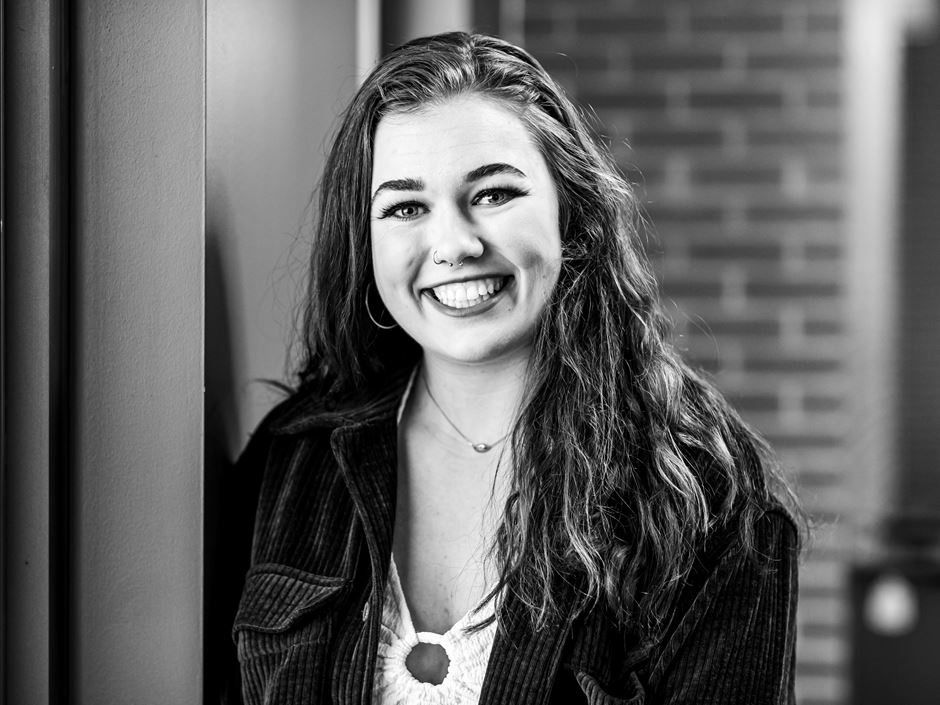 In honor of National Poetry Month, Endicott’s poets sound off in this visual, digital listening experience.
By: Sarah Sweeney

Daniel Sklar has been known to get so lost in his own ideas that he’s sailed his bicycle right into parked cars.

“I ruined two helmets that way,” lamented Sklar, a poet and Professor of English.

It’s a fitting poetic cliché to be lost in one’s romantic thoughts to the point of detriment, but in Sklar’s classroom, he calls upon his students to focus. Especially the writers.

“I try to get them to write with urgency, energy, and life,” he said.

April is National Poetry Month, so we caught up with Sklar and Holder, as well as poet and Professor of Spanish Sergio Inestroza and students Ciera MacDonald ’24 and Aine Griffin ’23, whose debut book A Foreign Home was published as part of the Young Writers Series.

“To say it’s a dream come true to hold a physical collection of my poetry in my hands, and have it available for purchase, is an understatement to say the least,” said Griffin.

“That’s what makes our program different,” said Sklar. “We publish young writers and get them published in the world at large.”

That exposure, however, can feel intense at times—especially for an intimate genre like poetry.

“I am definitely a perfectionist, and looking back on the book, it’s hard not to tear apart its imperfections and all the things I would change if I were to write it now,” said Griffin. “I think what I have come to understand is that all art is very much influenced by the stage of life we were in when we created it … While it has been a hard pill to swallow that anyone can consume this very intimate and imperfect example of my writing, on the flip side, it is so fulfilling when people my age reach out and say they found certain lines or poems relatable.”

Here’s Griffin, and the others, in their own words.