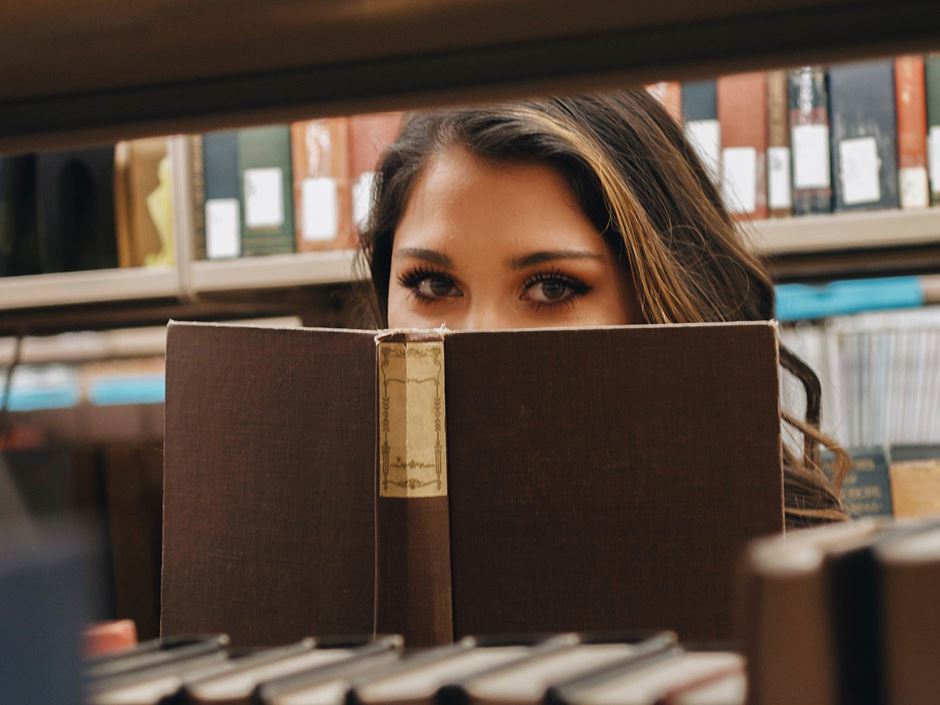 Looking to get cozy with a good book this fall? Here’s what Endicott faculty have on their reading lists.
By: Lindsay Slattery

Autumn is officially here and with it the dramatic transformation of the Endicott campus into a kaleidoscope of warm yellows, vibrant oranges, and fiery reds. While the leaves are changing and the breeze is a bit cooler, it’s a perfect time to get cozy and crack open a good book. Looking for a recommendation? Here’s what Endicott faculty have on their reading lists.

It’s an interesting short play focused on the murder of Archbishop Thomas Becket in 1170. This play has inspired me to try to write about the murder of Monseñor Romero in 1980 in El Salvador—I am currently collecting data for that project. Anyone can read Murder in The Cathedral—it’s not difficult, it’s short, and some parts are just sublime, like the interlude when we hear the reasoning behind Becket’s acceptance of the assassination, and even the attempt to provoke martyrdom.

I’m reading The Constant Rabbit by Jasper Fforde. This is part sci-fi, part sociological commentary on xenophobia, racial prejudice, bureaucratic nonsense, and more. It imagines the U.K. in which rabbits have become humanoids following some kind of lab ‘event’ and the aftermath of inter-species relations. It’s enlightening, hilarious, and scathing.

I love sociology, parody, allegory, and unusual techniques in storytelling. I especially love when authors use humor to elucidate their message. I also get tired of reading similar types of stories—I’m attracted to slightly off-beat tales. If you want to think and challenge your own biases in a fresh way, or to lose yourself in a detective story like no other, this could be for you.

My first pick is James Baldwin: Collected Essays. My fall seminar on Baldwin and the Black Freedom Struggle has given me the opportunity to read straight through Baldwin’s spectacular essays. His style is compressed, often epigrammatic, and highly quotable, but reading the essays in their entirety reveals the incredible nuance with which he confronts the legacy of racism in the U.S. Baldwin said famously, “Not everything that is faced can be changed. But nothing can be changed until it is faced.”

I also recently read Hearing Homer's Song: The Brief Life and Big Idea of Milman Parry. This biography is billed as a “literary detective story,” in part because its subject died young in mysterious circumstances, but also because of the scholarly detective work that distinguished his life. Parry almost single-handedly overturned the assumption that the Homeric epics were the work of a single great poet. Partly through his observation of illiterate farmers in Bosnia who were still reciting their own epic poems in the 1930s, Parry showed that the Iliad and the Odyssey in fact grew out of a tradition of oral recitation. This is the kind of simple but groundbreaking discovery that every professor dreams of making.

As I often do with big books, I gave a copy of this one to my dad—a voracious reader whose recommendations I trust—before committing to it myself!

Pregnancy and motherhood are like these magical, mystical concepts, spoken about in revered and hushed tones, as though they’re too sacred to sully. The book’s title alone—My Body is a Big Fat Temple—suggests this isn’t your typical pregnancy memoir. Alena Dillon pulls back the curtain and, through describing her own personal experience with pregnancy and early motherhood, reveals the true grit, gore, and joy of this journey.

Full disclosure: the author is a friend of mine. She’s also one of the smartest, funniest people I know, and such a talented writer. Her quick humor and raw honesty are on full display in this new book. I don’t think you need to be a mother-to-be, a current mom, or even a woman to enjoy this book. Anyone who is a fan of smart, funny women who reveal hard truths will devour this book.