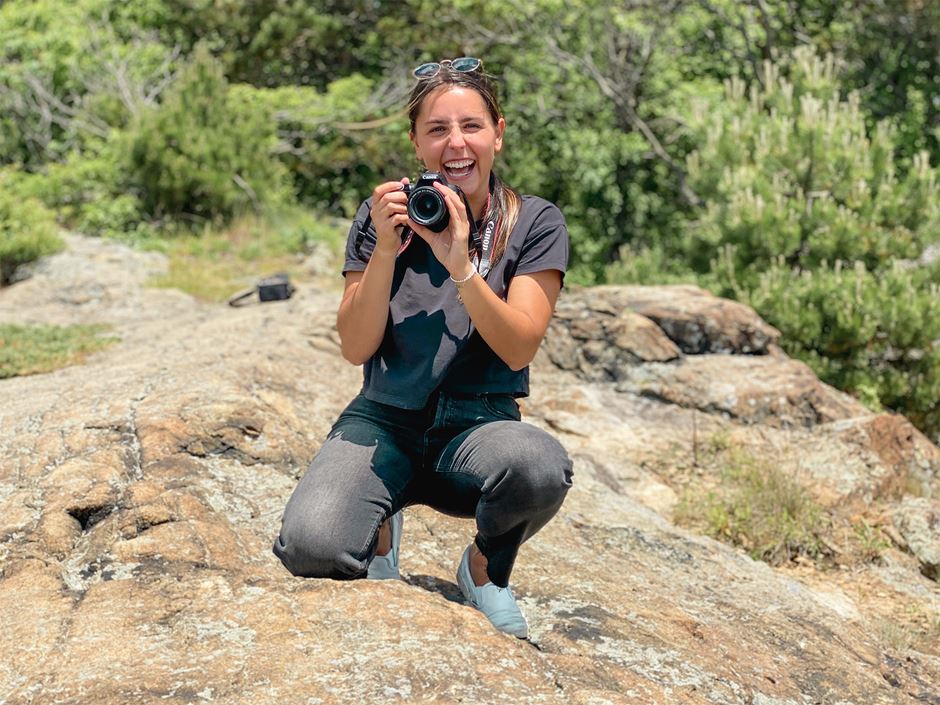 Jessica Doherty ’17 M’18 thought up a unique way to give back to couples whose weddings have been impacted by the pandemic. What was supposed to be a small project has become her passion.
By: Rosemary Poppe

One powerful piece of advice that our faculty and staff often tell our students is: leverage your network. Students are also encouraged to be creative, work hard, and to take risks—because it might just land you your dream job. Double Gull, Jessica Doherty ’17 M’18 has opened herself up to new opportunities—and through her own determination—has discovered a new career path.

Many people have been affected by the spread of COVID-19, and as someone who has been furloughed from work, Doherty is one of them. Although she was facing her own set of challenges, her thoughts kept turning to the innumerable amount of couples whose weddings have been delayed, or significantly altered, by the threat of the pandemic. Doherty graduated with a Bachelor’s of Science in Hospitality Management, so it's no surprise that events such as weddings, would make an impact on her. Doherty says, “I saw so many couples posting about their wedding being postponed and I thought about how sad it was that the date they had planned for, would no longer be sentimental to them—it may even be forgotten.” 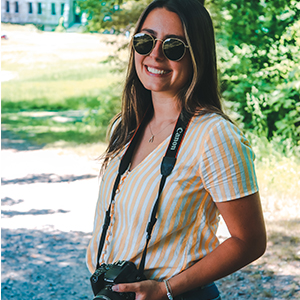 Doherty was considering her next career move and reached out to one of her good friends’ cousins, Jillian Howell, who is an event professional. Doherty sought her advice on starting her own business in the event industry. Howell told her, “This is a bad time to start a business but if you’re going to get to know couples, you’ve got to get creative.” About a week later, inspiration struck. Doherty says, “This little idea popped into my head about a couple’s ‘true date’ and how there should be a way for them to remember it. I posted on my story to find local photographers who would be willing to donate their time—I bought a camera—and started posting on social media about the True Date Project.”

It didn’t take long for word of Doherty’s new venture to spread, and before she knew it, she had her first clients. “I told myself when it started that I would be happy if we could give back to five couples, this past Saturday was our 30th shoot. We have many more booked for the future and inquiries continue to come in!”

When did you launch your photography business?

April 30, was the first day the True Date Project began! Our first client shoot was on May 9. We can’t thank the first few couples that took part in the project enough for spreading the word. Almost every email I have received has begun with “_____ shared your Instagram page with me, I would love to learn more! We had to postpone our wedding.” It has been a very rewarding project to be able to give back to so many deserving couples.

How has the project evolved over time?

The project, when it began, was supposed to be a few shoots in a place that was important to the couple. Our first shoot was with a couple named Sarah and Dan, and they brought their beautiful dog Oggie. They really set the tone and many couples since have asked to bring their dog(s) along for their photos. It’s what makes them unique!

At this point, we have done family shoots, and have photographed seven minimonies (a mini ceremony) as well. With the guidelines changing and phases continuing to push forward, it has thrown us into a new playing field. My team of photographers (listed below) have been amazing and I cannot thank them enough. We have been learning from each other and continue to say ‘Yes’ to more new experiences. One of which was a couple in Chicago, shout out to Pamela Katz (a local photographer there) who donated this shoot for us. We are looking forward to having more photographers from Endicott take part in the near future. Sydney Sheehan ’18 will be donating a shoot in October.

Have you photographed any of your fellow gulls?

Yes! Alura Carbrey’s ’17 M’18 true date was back on June 6 and we did a photo shoot at Dane Street Beach with her and her fiancé, RJ. I’ve recently taken photos of Erynn Thomaszewski ’17 and her fiancé, Antonio, at The Beauport Hotel for their ‘minimony’ in Gloucester.

Have you ever photographed any weddings at Misselwood?

No yet, but I just received an inquiry from a bride who was supposed to be married on September 5, 2020 at Misselwood. It is a beautiful location and we hope to do a shoot there soon!

How have your degrees from Endicott helped you to succeed?

My hospitality professors taught me many lessons throughout my four years at Endicott. Of course there were many things to be learned in the classroom but my favorite experiences were during my internships, at International Live Event Association (ILEA) meetings, and being at La Chanterelle. My favorite professor during undergrad was Chef Brendan Cronin. He taught me to be a leader—not a manager. He taught me about servant leadership; there should be no hierarchy, because your coworkers will be motivated by seeing your hard work. He would be washing the dishes after a long night of service at the restaurant, because it had to be done. That is how I will work and/or run my business forever.

Receiving my MBA also gave me that extra push to start this project. I was taught so much from my professors about the risk, dedication, and persistence it takes to start your own business. Now that I am equipped with this information, all I have to say is, ‘no risk—no reward’.

What advice do you have for your fellow gulls who might want to launch their own business?

Most people with this question would say just go for it, but I believe there are three important things to remember.

1. Don’t go it alone. Networking and connections are everything. Call that friend, who knows that person who offered to help you six months ago. You never know where it may lead you and you may just create the greatest team of all time.

2. Don’t worry so much about the end game. Be realistic with yourself about time, money, and your mental health. It’s important to have a plan but small steps may get you where you want to be—faster than a huge leap. Setbacks are okay, learn from them, you’ll go even farther next time.

3. Give back. If you give back to people, money will find you. This whole project started out as a ‘just for fun’ thing to donate photo shoots to couples while I was not working. Now they want to donate to us. We never expected anything and everyone has been beyond generous. If you keep an open mind, you never know when an idea could turn into something you do for the rest of your life. 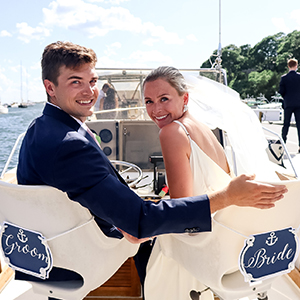 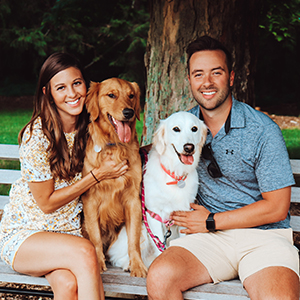 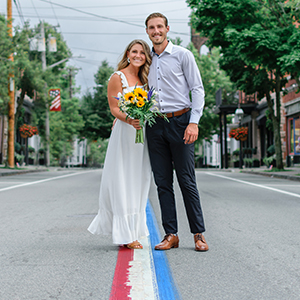 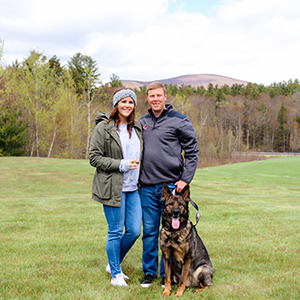