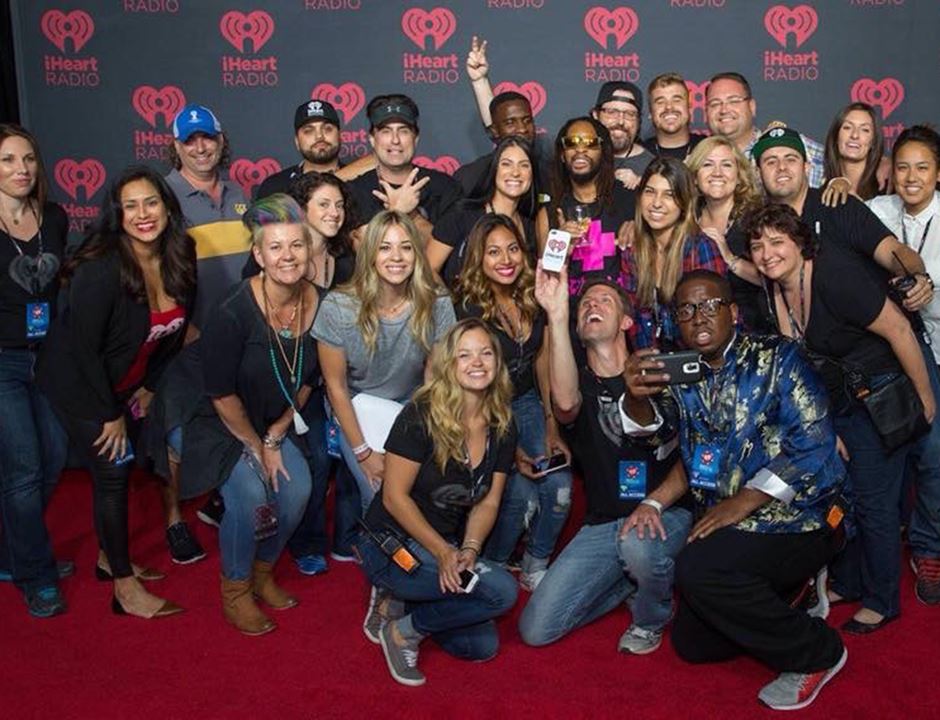 Shaileen Santoro ’95 has carved out a 25-year career in the radio sector.

Shaileen Santoro ’95 is the very definition of an experiential learning success story. In 1994, she was a JAM'N 94.5 intern, and today she is iHeartMedia’s vice president of live entertainment and events, What does it take to earn a 25-year career in the radio sector? A lot of hard work.

Santoro credits Endicott College with helping mold her. She says, “I LOVED my time at Endicott. It was where I really found myself and was able to grow. My professors had a lot to do with that growth. They made me think about the possibilities and supported me throughout the journey. There isn’t a week that goes by that I don’t reference something that I learned in one of my classes. Even though I ended up in radio, my marketing backbone has really been my passion throughout my career.

“Professor Mary Jane Kelly—that woman had such an impact on my life. I will never forget her. Also, Amy Ross, both in the retail fashion merchandising department. They became great mentors and eventually friends. For me, they were women that I looked at and said ‘I want to be like them when I grow up.’ They were so cool and had so much to offer.”

At Endicott, Santoro’s major was retail marketing. Little did she know she would find herself in a totally different industry! She says, “I never knew jobs in radio existed until I did my first internship. Then it turned me on to a whole new world. I thought I would be in the fashion/retail industry, not the entertainment industry. But fortunately for me—I sometimes get the best of both worlds. Some of our biggest clients that we work with are clients like L’Oreal Paris, Target, Capital One, Macy’s, KIA, Verizon, etc.”

That career-changing internship was at JAM’N 94.5. She says, “My internship at JAM’N in 1994 was magical. It was when the station first launched, and it was a huge deal. I was working day-in and day-out with some of the most talented people in radio and I learned so much. It was my foundation. And without a foundation, you can’t build a house.”

And build a house she did! In 1996 she was already on the payroll as a promotions coordinator where she had her own interns. She says, “We have a paid internship now at my corporate office in New York City, but I am happy to say that when I was based in Boston we had many interns come through the doors at JAM’N 94.5 and Kiss 108. When I was the promotions coordinator at JAM’N (1996–2001), I managed the internship program and hired some of the people you still hear on the radio today. Of that group, I’m proud to say that some were Endicott alumni.”

In 2011, Santoro became involved with something that is now considered to be a juggernaut in the radio and entertainment space: The first-ever iHeartRadio Music Festival.

She says, “My boss at the time, Dennis O’Heron, and his colleague, Eileen Woodbury, from our Los Angeles market were asked to help spearhead a team of employees to work the festival. I’m happy to say I’m a part of the original iHeartRadio Music Festival crew. 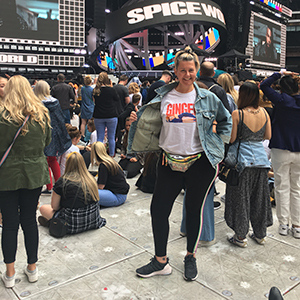 Shaileen Santoro ’95 works hard and has fun doing it!

“It was a bit intimidating at that time. I was in my early 30s and my boss and his colleague were the two people in the company who were the leads for the marketing division. They had worked together for many years, but when the rest of us arrived, we were just meeting each other for the first time.

“The iHeartRadio Music Festival was our ‘kickoff party’ for our new app, iHeartRadio. Our official launch of the free, all-in-one iHeartRadio app features thousands of live radio stations, custom artist stations, podcasts, and more. The vision came from our now Chairman and CEO, Bob Pittman. Pittman was the CEO of MTV Networks and the cofounder and programmer who led the team that created MTV. That’s one of the great things about having a leader like Bob. He is a visionary. And he pushes his people to create things that are going to revolutionize the industry. And now, we are celebrating the 10th anniversary of the iHeartRadio Music Festival—it is amazing to see how far we have come.”

Being the Vice President of Live Entertainment and Events

As one of the senior members for iHeartRadio’s live events, Santoro gets to work with everyone on the events team and be a part of all aspects of the live events themselves. She says, “I work on all aspects of our live events which include managing our VIP experiences, developing new opportunities for sponsorship revenue, and working with our local markets to maximize involvement in our tent pole events. I also manage two of our staff members on the team who are responsible for sponsorship activations. They are great to work with and we have so much fun together.”

And the iHeartRadio Music Festival is no exception. Santoro says, “I oversee and manage the experience team for the entire festival weekend. It is a great group of iHeartMedia staff members from all over the country. We execute all the photo opportunities (Meet N Greets), VIP tours, and artist experiences that happen throughout the festival weekend in Las Vegas. It takes months and months of planning that includes endless hours of preparation with weekly calls, meetings, site visits, and emails. Fortunately for me, I have a great team that make it all happen.”

The role and the festival have allowed Santoro to meet big-time stars. She says, “I’ve worked on experiences like the Ride the Vegas Strip with Keith Urban; Make-A-Wish Moments with Jennifer Lopez and Miley Cyrus; tons of dressing room hangs; and cool experiences where winners get one-on-one moments with artists like Green Day, Usher, Drake, Taylor Swift, and others. It sounds exciting but, I get the most out of it when I get to see the smile of people’s faces when you know it has changed their life for that moment.”

Her day-to-day is ever-changing. She says, “Lately, I’ve been doing lots of traveling. I’m always on conference calls, taking meetings, or setting up next steps and managing my staff.

“For example, a few weeks ago, I was in Los Angeles at our iHeartRadio Theatre in Burbank, Calif., for the 2020 iHeartRadio Podcast Awards; and then the next day we had the 2020 iHeartRadio ALTer Ego show at The Forum. I have been to a lot of places throughout my career. One of my favorite venues is The Forum in Inglewood, Calif., but the most amazing trip throughout my career was going to two Olympic Games, one in Nagano, Japan, and the other in Athens, Greece.”

“Our goal is ‘service with a smile.’ And, I try to lead the team with just that—a warm welcome, strive for excellence in all we do and a problem solving ‘get it done’ attitude.”

That leadership style is really backed up by the people that Santoro values most. She says, “Many of the most interesting people that I’ve met are not famous to others, but to me they are industry leaders who have helped shaped me and my career path. People that I’ve worked with along the years, people in the industry—one person in particular used to be the Box Office Manager, Matthew Whelan at the FleetCenter (now the TD Garden). He taught me about ticketing, event management, event strategy, how scale a show, Ticketmaster, etc. When I was first starting out in my career, I didn’t realize how much of that knowledge I would be using in my day-to-day, but now that I produce events from scratch, I’m so grateful that person passed through my life and taught me some valuable tools that I still use today. Those are the things that you will never learn in a class setting, but it’s the real world that allows you to learn your craft. People like that are a dime a dozen, but that time with them is priceless.”

Though she has achieved an enviable amount, we are proud to report that Santoro is still a very humble person who sincerely enjoys the work she does, the people she works with, and the feeling of sitting back afterward knowing that she made something amazing. She says, “When you get to see an event come to life right before your eyes, you stand back and say to yourself–‘I did that!’—it is pretty rad. I just wish that my mom got to live long enough to see some of the things I’m doing now. I know she would be very proud of me. And for her to see some of them in action, she would be blown away.”

Santoro’s story is certainly one to look up to, but she urges others who want to follow a similar path to understand what it takes to get where she is. She says, “Figure out what you want to do. So many people come into this industry because it looks ‘glamorous.’ It’s hard, bloody work—and it takes real dedication. There are so many people who just want to have a company or a brand on their resume for one or two years and then move on. If you want to make it in this industry and be respected, make it last and own your own brand—which is your work ethic and your word. If you say you are going to do something, then do it. Even if it isn’t as successful as you had hoped, at least you gave it your best shot.”
Share This