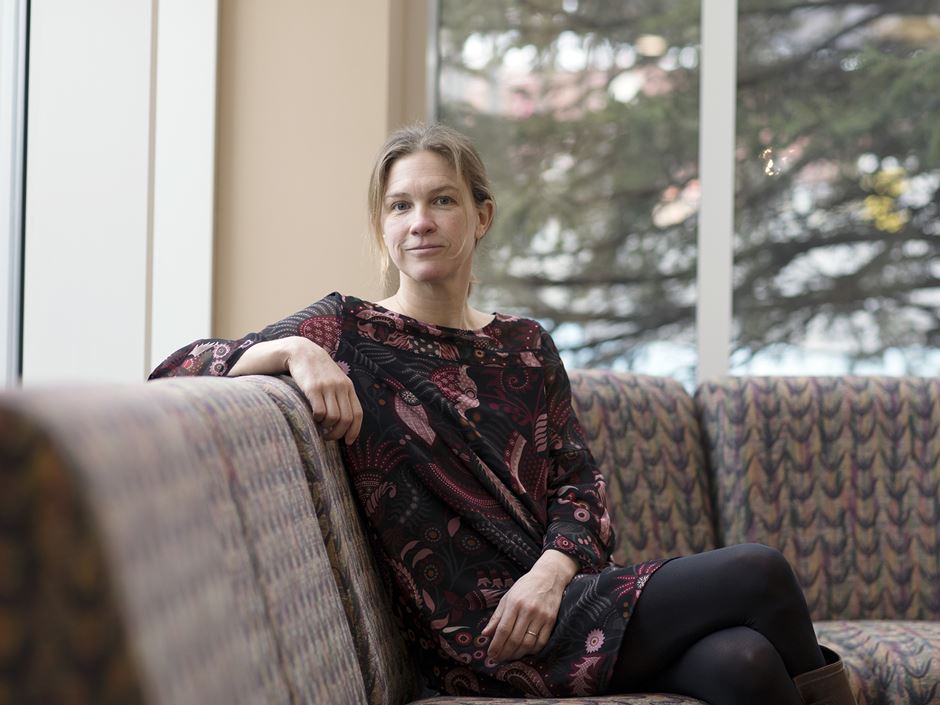 Elizabeth Winthrop, assistant professor of English, is publishing her fourth novel to launch May 8.

As she tuned into a Radio Diaries podcast episode titled, “Willie McGee and the Traveling Electric Chair,” Elizabeth Winthrop, assistant professor of English, had no idea that what she was about to hear would be her next muse.

The episode, narrated by McGee’s granddaughter, told his story. The year was 1945. He was a black man accused of raping a white woman. An all-white jury found him guilty in less than three minutes and he was sentenced to death by way of traveling electric chair.

“I had never heard of a traveling electric chair,” said Winthrop. Fascinated, she began research that, fast-forward four years later, led her to author her fourth novel, The Mercy Seat.

The Mercy Seat, published by Grove Atlantic, will be available on May 8. The novel is set in 1943 in the Jim Crow era south around New Iberia, La. Told from the point of view of nine different characters, the novel is the town’s account of a traveling electric chair in the hours leading up to the scheduled execution of a young black man for the alleged rape of a white woman. It’s these accounts that tell the larger story of a town, its people, and its inequality.

Though a work of fiction, parts of the narrative are derived from historical events, one being the McGee execution that Winthrop first learned about via podcast. What began as research quickly evolved into the beginnings of The Mercy Seat. It was also the start of a string of national events that coincided with the dialogue around racism and capital punishment that Winthrop was about to enter.

“I didn’t set out to write any particular book, but I did start writing it in 2014, which is around the same time that the Black Lives Matter movement was calling attention to police brutality and the murders of young black men by police,” Winthrop said. “That reemphasized for me that racism is very much alive and real and it hasn’t really changed as much as I would have hoped from the 40s to today.”

The Mercy Seat deals with racism, capital punishment, and the justice system, and reveals “where those things intersect,” said Winthrop. “I didn’t intend to enter a dialogue about racism or capital punishment, but it just sort of happened to coincide with these national events.”

The novel brings with it a relevance that Winthrop hopes readers will connect with. “These stories and issues are collectively ours—everyone’s—and need to be talked about,” Winthrop said.

When asked if she’s aware she’s found her next book topic when she first finds it, Winthrop replied, “Not once have I started writing with the intent of writing a novel. They all started just as stories—that grew.” Her inspiration for her novels is whatever captures her interest in the moment. She said, “Everything comes from some nugget of truth or a story I’ve heard.”

Winthrop has had many teachers and mentors along the way. From them comes some of her best writing advice. She calls it, “The Lazy Susan Analogy.” “I had all these elements of the story on the page and he (her former professor) said to think of them all as being on a Lazy Susan.” She recalled him telling her to, “Pick up the item and trace each little item’s arc.” And that’s what she does. “I revisit each item and see if I can get more mileage out of it.”

Her advice to her own students is much like the advice she got early on in her career. And that is to write every day. “Even if you just write three words, you can delete it, but you have to do something,” she said.