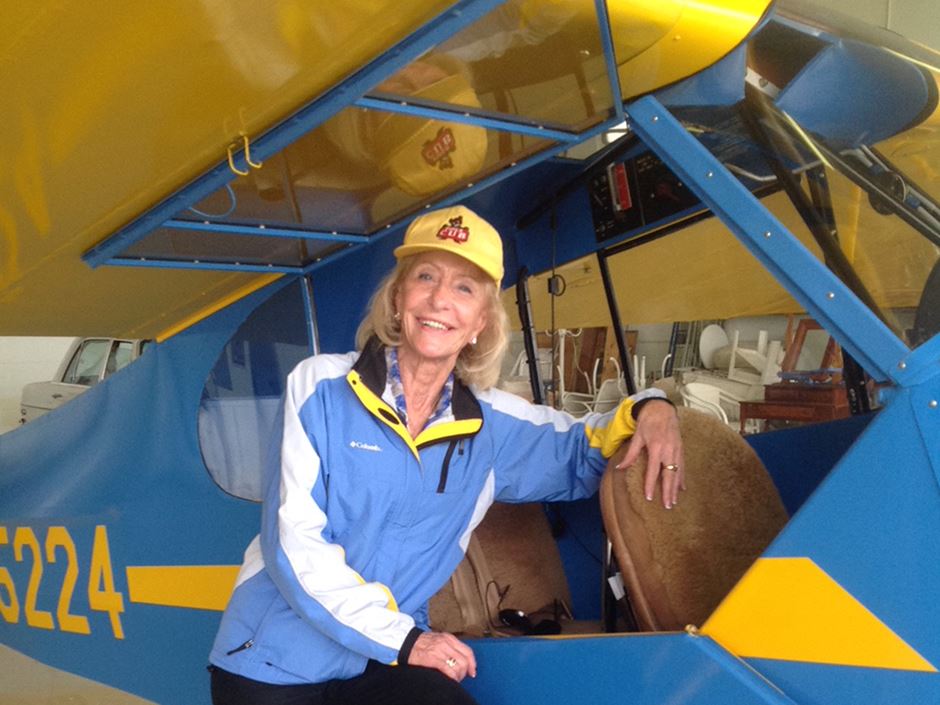 Myrt Harper Rose has been all over the world, but Endicott College is still home.

As a display of her passion for this institution, Rose has pledged to donate $50,000 to Endicott if 2,000 donors make a gift during March’s Month of Giving. No gift is too small, and it will go a long way toward helping current and future students grow during their time at Endicott, similar to what Rose, a board of trustees member and 1956 alumna, experienced.

“Endicott opened doors for me that I probably would not have had otherwise,” Rose, who grew up in Orange, Mass., said. 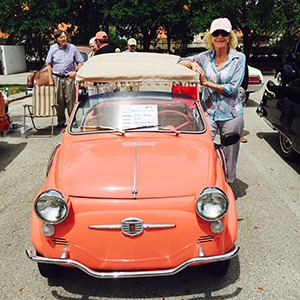 Rose graduated with a degree in interior design before earning her teaching degree from Massachusetts College of Art in 1960. But before establishing a career as an art teacher, she traveled to Aspen, Colo., to become a self-proclaimed “ski bum.”

“I drove my little car out to Colorado to ski, and then I decided to travel the countryside,” Rose said. “I went to Mexico, San Francisco, and Long Beach, Calif., doing odd jobs. Then I went home and got a teaching job.”

She taught in towns like Wendell, Worcester, and Marshfield, Mass., working with students she said had never been exposed to art before.

“Endicott helped shape that path for me to become a teacher.”

Her passion for adventure meant she wouldn’t stay in one place for long, though.

“It was back in Colorado on a mountain that I decided I was going to resign from my teaching job and go live in the South American jungle with a friend of mine,” Rose said.

So Rose moved to Miraflores, Peru, and spent time in the Amazon before heading to the Bahamas to scuba dive and treasure hunt.

For all of Rose’s exploits on both land and sea, perhaps her most notable feat was in the air.

Rose's family lived by a small airport where she and her father spent a lot of time. Her next hobby, though, evolved without her parents’ knowledge or permission.

“The most exciting thing that would happen in our small town is when the parachuters would come and jump out of planes,” Rose said. “I wanted to do that.” 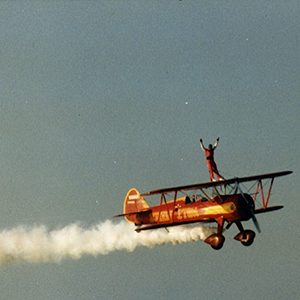 Myrt began to attend the EAA Annual Convention and Fly-in in Oshkosh, Wisc., where she demonstrated and sold emergency parachutes on behalf of Strong Enterprises with her first husband, Ted Strong.

It was there where she met Walt and Sandi Pierce, one of the most famous wing-walking acts. After Sandi Pierce stepped down from the act, Rose was asked to be her replacement.

Due to weather, Rose’s training was cancelled, and she had to make her wing-walking debut during the actual show. The experience was thrilling, and Rose spent the next 17 years of her life walking on airplane wings.

Years later in 1985, Myrt met Bill Rose, whom she later married. The two collected antique airplanes and had an airstrip at their home in Barrington, Ill.

While Rose is no longer a wing-walker, she still flies her 1941 J3 Cub plane in Florida. She has her multi-engine, single-engine land, and seaplane ratings, as well as her helicopter rating. She loves the freedom of being in the air and on the ground, including her recent journey to Africa.

She spends half of the year in Barrington, and the other half in Marco Island, Fla., where she is on the Board of the Marco Island Historical Society and volunteers at Marco Island Academy.

But no matter where Rose’s adventures take her, her passion for Endicott keeps her coming back to Beverly, Mass., for class reunions and the board of trustees.

“I really believe in Endicott and its strength,” Rose said. “It’s like the stones of College Hall; it’s strong and has so much depth.”

“Dr. Wylie is extremely innovative and knows how to persevere,” Rose said. “The depth, quality, and variety of Endicott is why I give back, and why I know the College will continue to grow."

Help us make Rose proud and make your Month of Giving gift today.