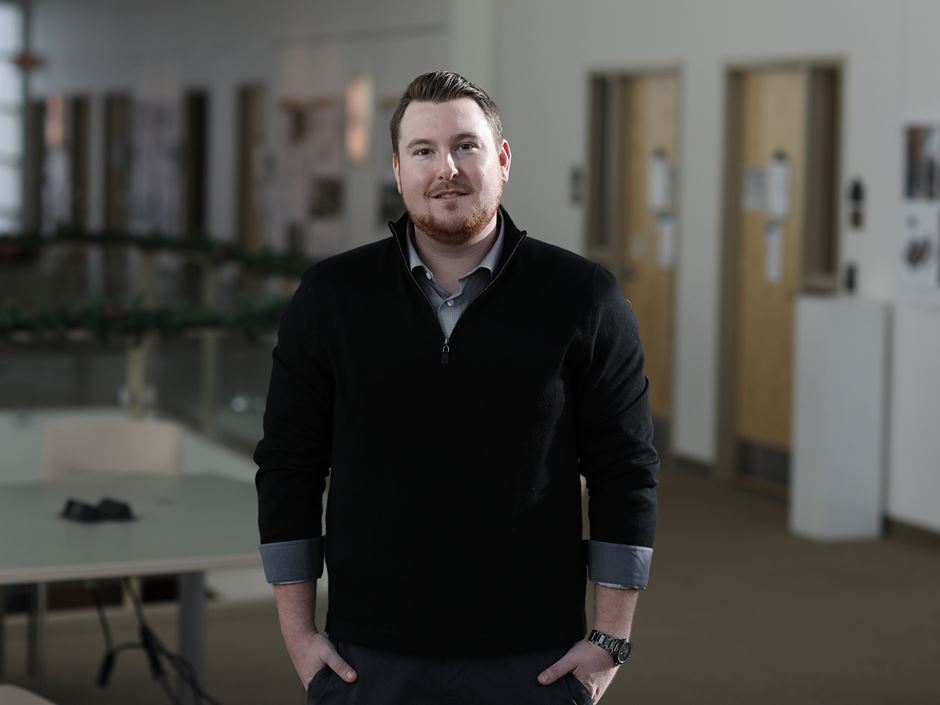 Matthew Donahue’s career in homeland security has taken off thanks to his Endicott College graduate studies education.

National Grid was hiring 10 people to staff a state-of-the-art security control center, and Donahue was the last interview. The hiring group believed it had 10 new employees picked out before Donahue entered the room, but the 2014 Endicott graduate made them reconsider with his knowledge and conversation skills.

“By far the best strength of the program was that it wasn’t teachers, it was real-life professionals who were in the field every day who come in at night—just like me."

“It was all stuff that I had learned in the master’s program. They were so intrigued that they asked me if I could put together a packet of some of the work I’d done throughout the program,” Donahue recalled. “I went home that night, grabbed a thumb drive, loaded it up with some of my best power points and papers, ran to Staples down the road, had them professionally printed and packaged them together, and brought them in the next day.”

After Donahue handed them his coursework, it didn’t take the hiring group very long to offer him the job. And that’s a memory both Donahue and his manager like to recall.

“From what they tell me, they were blown away by the amount of knowledge I had and how prepared I was coming into that interview based on my schooling,” Donahue said.

Donahue had his sight set on homeland security from a young age, but he didn’t want to work for the government or know how to fulfill his dream. He earned a bachelor’s degree in political science with a minor in Middle Eastern studies from the University of New Hampshire, and his first job out of school was in sales.

Unhappy with his career, Donahue started looking at graduate programs, specifically in the field he always dreamed of working in. Endicott popped up first, and he was enrolled in the Homeland Security program just in time to join the first cohort.

“For a grad class where you really want that 1-on-1 time with your professor to help develop your career, the small classes were great,” Donahue said. “By far the best strength of the program was that it wasn’t teachers, it was real-life professionals who were in the field every day who come in at night—just like me."

Since then, Donahue has moved his way up the ladder at National Grid to his current role as an intelligence analyst and risk manager, shredding any misconception that homeland security only leads to working for the government.

“Through our program, Matt became proficient in his writing, public speaking, and interpersonal skills,” Assistant Director of Homeland Security Studies Engrid Backstrom said. “These important skills combined with his strong work ethic has allowed Matt to become a respected leader in the private sector."

The M.S. in Homeland Security Studies prepares students to work in industries like finance, hospitality, energy, government, public health, and private security. Programs are available on-site in Beverly, Mass. or 100 percent online. Learn more about the program, including specializations in the growing fields of emergency management and cybersecurity.