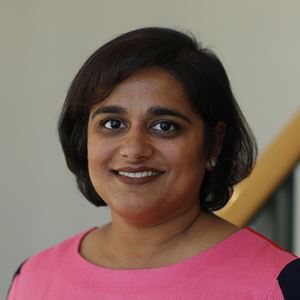 Alefiya Albers came to Endicott in 2008 after completing her doctoral research on genetic animal models of schizophrenia at Columbia University. In her time at the College, her research interests in neuroscience have shifted toward the study of olfaction and brain health. On campus, along with student research assistants, she studies associations between olfactory changes and the incidence of sub-concussive head injury in college athletes. She is also engaged in several collaborations with researchers at Massachusetts General Hospital examining the utility of olfactory dysfunction as a predictor of incipient Alzheimer`s disease in preclinical aging populations.

By studying how repeated sub-concussive hits, in the context of collegiate rugby players, associate with changes in olfactory performance, we aim to develop a biomarker that detects subtle changes in brain health associated with repeated impact and potentially predicts risk of incipient symptoms. Such a measure could help us to pull high risk players with accumulated impact from the field prior to functional impairment, and to extend the therapeutic window of intervention. A similar approach is being applied in an elderly preclinical population, to ask if variations in olfactory performance can predict the risk of Alzheimer`s disease.

Albers has worked closely with Abby Keim '19, a double major in bio/biotechnology and psychology, to conduct this research. Their collaboration was featured in an article and video released by Endicott on November 28, 2018.

Albers, A. D., Amato, I., & Albers, M. (2017). Olanzapine improved symptoms and olfactory function in an olfactory reference syndrome patient. The Journal of Neuropsychiatry and Clinical Neurosciences.