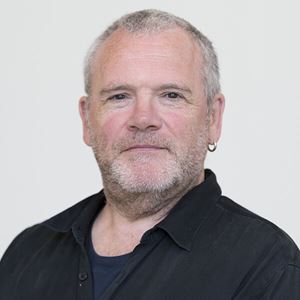 Before joining the Manninen Center for the Arts, Burnham taught in the School of Arts & Sciences. He taught at New England Institute of Art in Boston, and served as Dean of Students there through 2016. Previously, Burnham was a recording artist and record company executive in the United Kingdom (U.K.), New York City, and Los Angeles. A founder of the U.K.`s Impact Theatre Cooperative, and volunteer with Gloucester Public Schools` theatre programs, he has also worked with Windhover Center for the Performing Arts in Rockport, Mass.