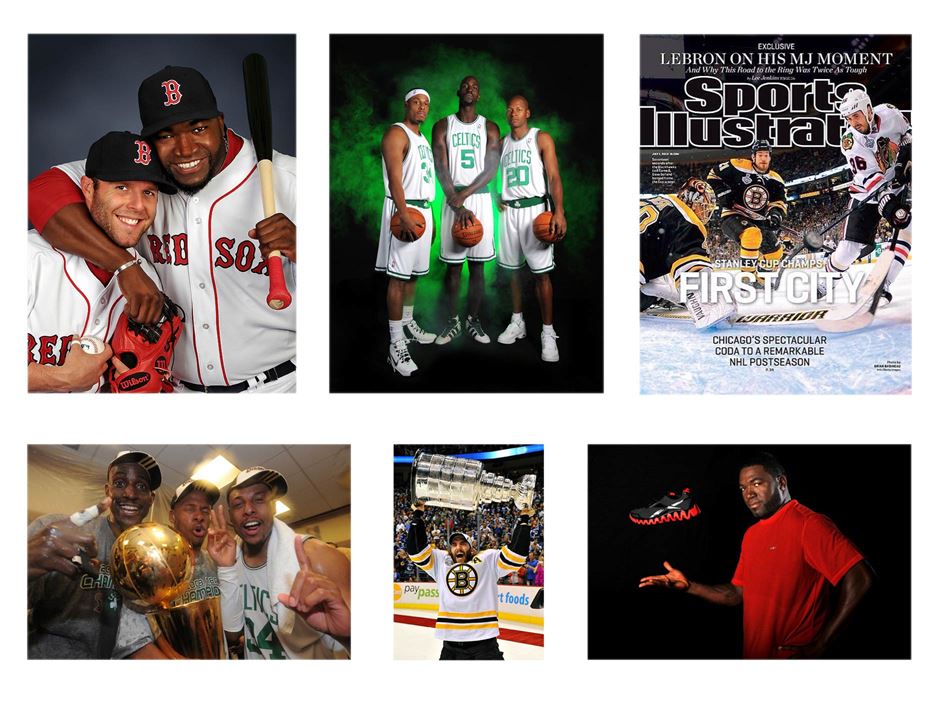 Endicott College alumni Brian Babineau ’97 (photos above) and David Le ’10 share what it’s like to be on the field, floor, and ice for iconic sports moments.

New England professional sports teams have done a lot of winning in the 21st century, and Endicott College alumnus Brian Babineau ’97 has had a front-row seat along the way.

Babineau has been a team photographer for 26 years with the Boston Bruins and 16 with the Boston Celtics. He was there in Vancouver when the Bruins won the Stanley Cup in an epic seven-game series with the Canucks.

He recalls, “Being on the ice photographing them with the Stanley Cup, in the locker room with the Cup, on the plane with the team back to Boston with the Cup—so many amazing memories and images shot. And hoisting the cup over my head a few times was pretty cool, as well.”

The same goes for 2008 when the newly-formed Celtics’ “Big Three” won the NBA title on the TD Garden’s famed parquet floor. If you’ve seen photographs from those two championships—or countless other Boston sports moments—chances are you’ve seen Babineau’s work.

While Babineau was photographing for the Bruins in the 1990s, like his father had since the 1970s, he earned an associate degree from Endicott in photography. He already had an impressive resume with photos published on hockey cards, calendars, the cover of Sporting News magazine, and the box cover of the 1994 EA Sports video game, and his classes served as the perfect complement.

Similarly, Endicott Photographer/Videographer, David Le ’10—a photography major and history minor—has been on the field, ice, and court for countless Boston sports moments with his work for The Salem News and the Boston Bruins Foundation.

“The first time you walk out to the actual field at Fenway Park, Gillette Stadium, or TD Garden, it’s a whole different experience,” says Le. “You’re really wide-eyed the first few times, but after that it becomes—you’re shooting a game and it’s not different from anything else. It’s not rocket science in terms of what you need to do. It’s just once you get over that initial, ‘Wow I’m on the field,’ it’s regular, go about your business.”