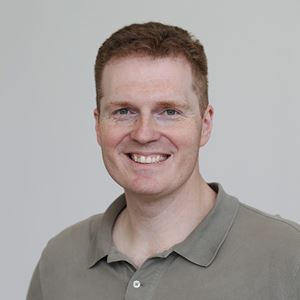 Michael Ocean is an Associate Professor of Computer Science, teaching courses ranging from Intro to Computer Science to Programming for Games, and Mobile Application Development. Professor Ocean received his Bachelor of Science in Computer Science from Rutgers College and his Doctor of Philosophy from Boston University, where he was also an instructor. Prior to his graduate work, Professor Ocean was a Research Scientist at Telcordia Technologies, where he worked in the areas of multimedia communications, wireless technologies and automated testing. His research work (in the fields of Sensor Networks, Distributed Systems and Software Engineering) has been published in book chapters and conferences.

Rutgers College
Bachelor of Science in Computer Science
May 1998

The snBench is a suite of high-level languages and compilers, execution environments, and resource allocation and management components that provide a platform for research on embedded Sensor Networks and distributed Sensory Applications. An expansive view of the snBench can be found in the text [HRTES07] and the code-base is available at: http://csr.bu.edu/snbench

[MOMPES09] Michael Ocean, Assaf Kfoury and Azer Bestavros.  A Formal Type-Centric Framework for Verification and Resource Allocation in Pervasive Sense-and-Respond Systems.  In Proceedings of the Sixth ICSE Workshop on Model-based Methodologies for Pervasive and Embedded Software (MOMPES 2009), Vancouver, CA, May 2009.

This is a list of all of the classes that I have taught at Endicott. Classes that I am teaching this semester are shown in bold.