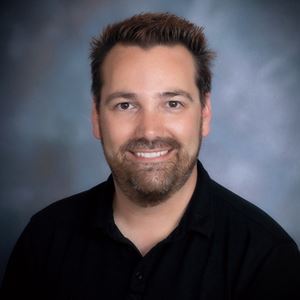 After receiving B.S. degrees in Mathematics and Computer Science from Muhlenberg College, and a Master's degree and Doctor of Philosophy from UMASS Amherst, Mike joined Endicott in 2007. He enjoys teaching classes in math and computer science, participating in numerous college committees and helping bring both minor and major degree programs in Math to Endicott. He is also very active in the Endicott College Faculty Association and is currently serving his fifth term as President.

University of Massachusetts
Doctor of Philosophy in Mathematics and Statistics
2007

University of Massachusetts
Master of Science in Mathematics and Statistics
2004

Mike enjoys student-centric research in probability, stochastic processes, mathematical modeling, differential equations, and numerical analysis. He is also interested in areas of overlap between mathematics and computer science, as well as the scholarship of teaching and learning.