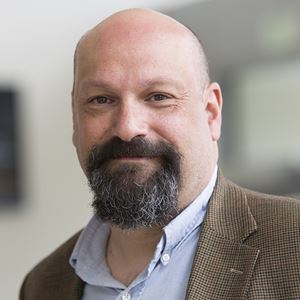 Dr. Matthew Staffier has been teaching at Endicott since 1999. He received a BS in Chemistry from Merrimack College and a Masters and Doctor of Philosophy in Analytical Chemistry from the University of Massachusetts-Lowell. Professor Staffier's research involves monitoring marine ecosystems for toxic metal contamination using the indicator organism Mytilus edulis. Currently, he along with colleague Dr. Mari Butler are working, in collaboration with Gloucester Maritime Museum, on monitoring the effects that the current dredging of Gloucester harbor is having on the bioavailable levels of copper and cadmium in harbor. Dr. Staffier is also very interested in climate change; specifically on energy infrastructure and the role that nuclear power can play in decreasing the carbon dioxide emissions associated with electricity generation. Dr. Staffier has also worked outside the science department helping to further bring academics into the Endicott's dorms to help enhance the schools academic culture.

Professor Staffier's main research interest involves the monitoring of toxic metals, such as cadmium, in the environment. Professor Staffier's main tool for quantifying metals is an Inductively Coupled Plasma Optical Emission Spectrometer (ICP-OES). A plasma is made up of hot ionized gas approximately the temperature of the sun.  When metals are introduced into the plasma, the intense energy causes elements to emit characteristic radiation that can be used to determine metal concentrations in a sample.