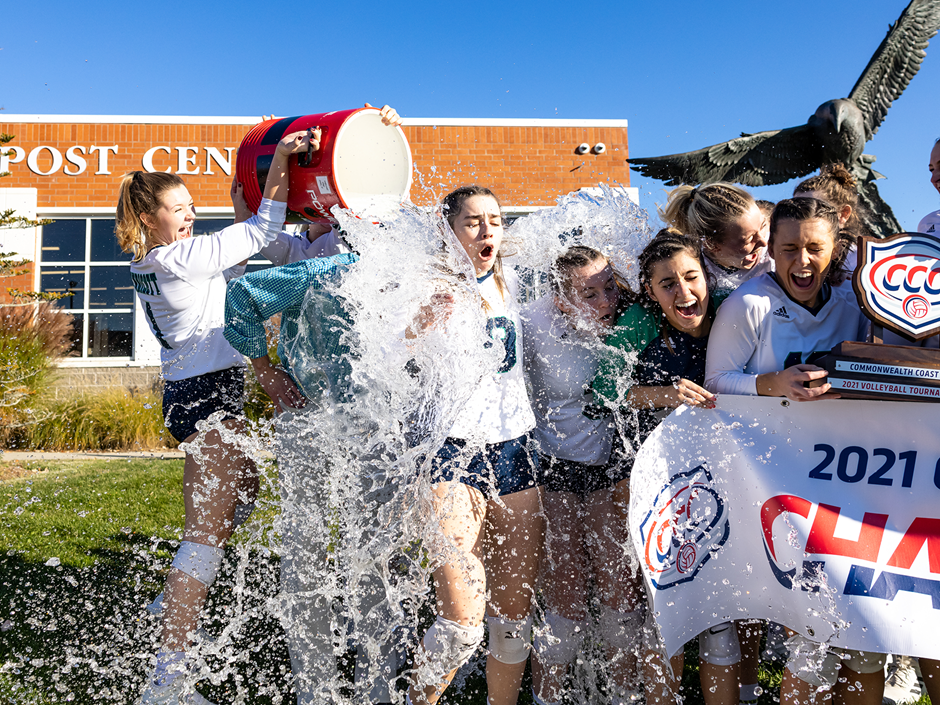 A look back at some of the defining moments across Endicott College’s campus in 2021, as captured by Endicott photographers.
By: Sarah Sweeney

With 2021 coming to an end, we’re looking back at some of the defining moments across Endicott’s campus as captured by photojournalist David Le and Terry Slater, senior graphic designer and photographer. While it was still an untraditional year in many regards, 2021 welcomed the return of longstanding Endicott traditions, unforgettable victories in athletics, and a thriving campus abuzz with students. 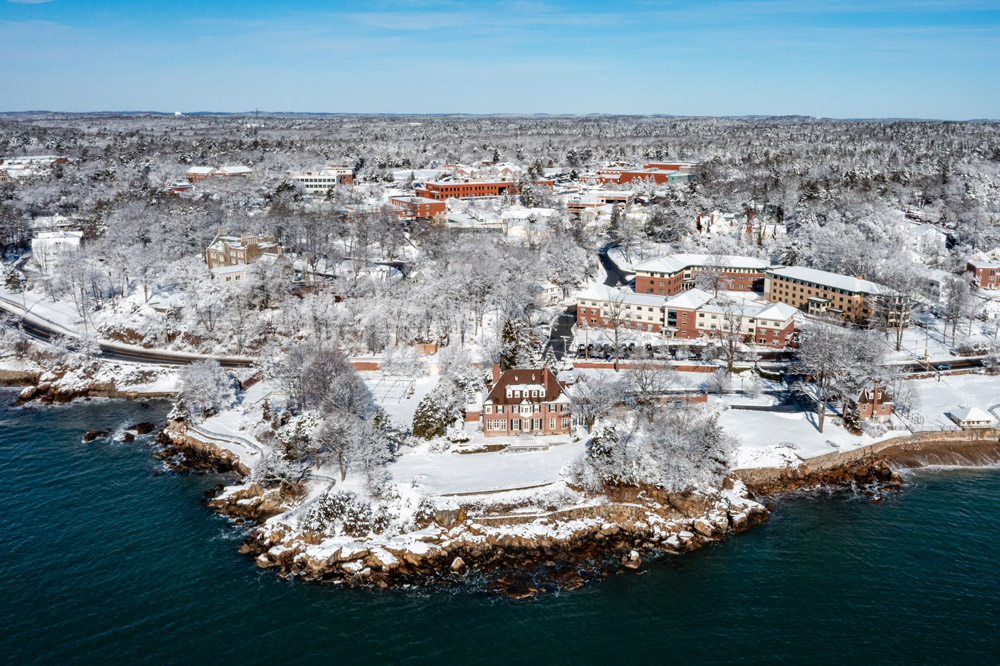 A Gull’s-eye view of a snow-covered Endicott. 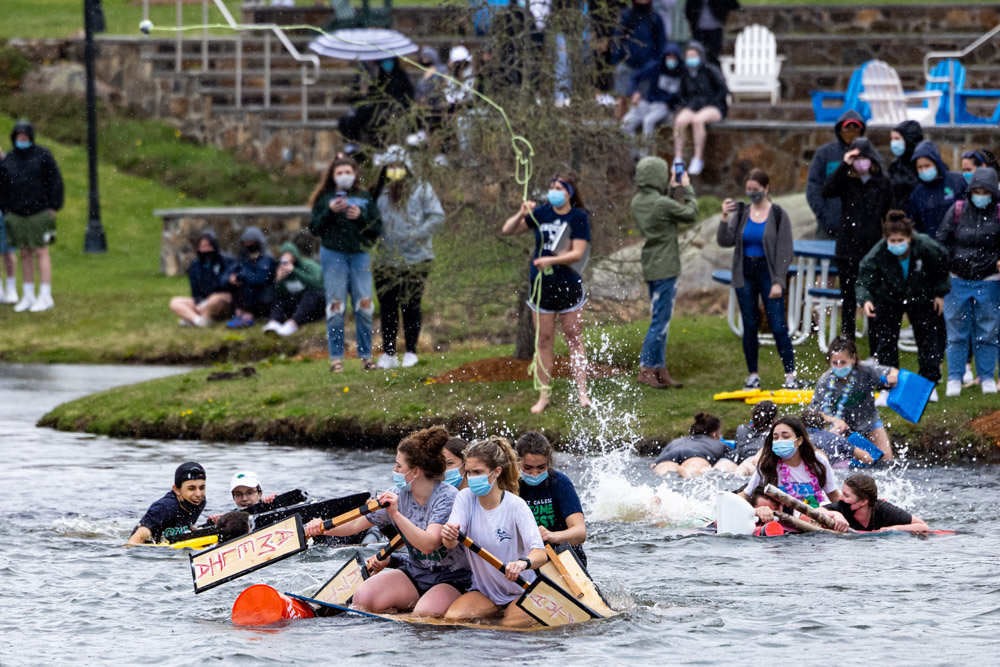 Students fashioned makeshift “boats” out of found materials in an attempt to cross the campus lake in the annual Regatta of the Lakes. 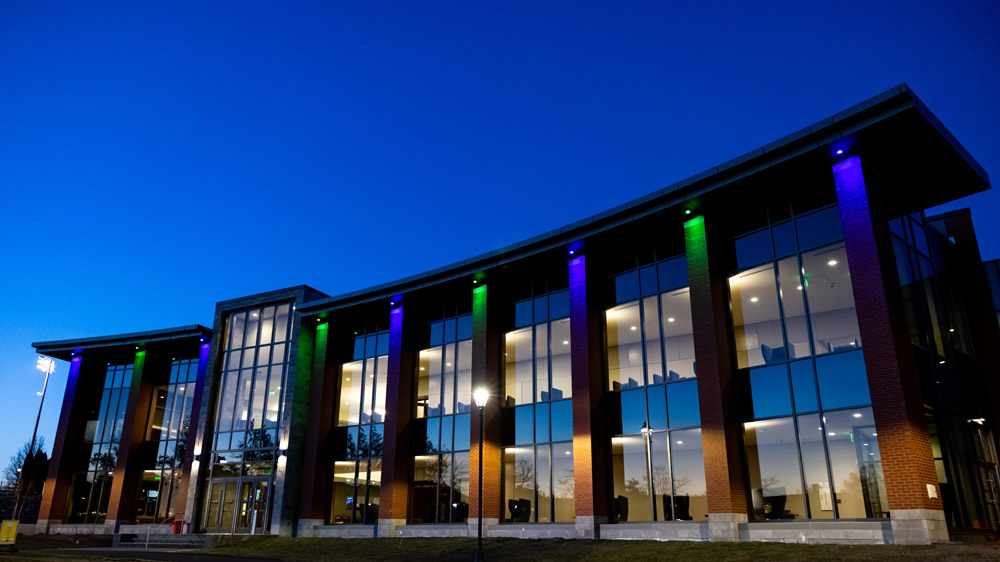 A nighttime view of what would later be named Hempstead Commons, after a landmark gift from alumna and Chair of the Board of Trustees Melissa Hempstead ’69. 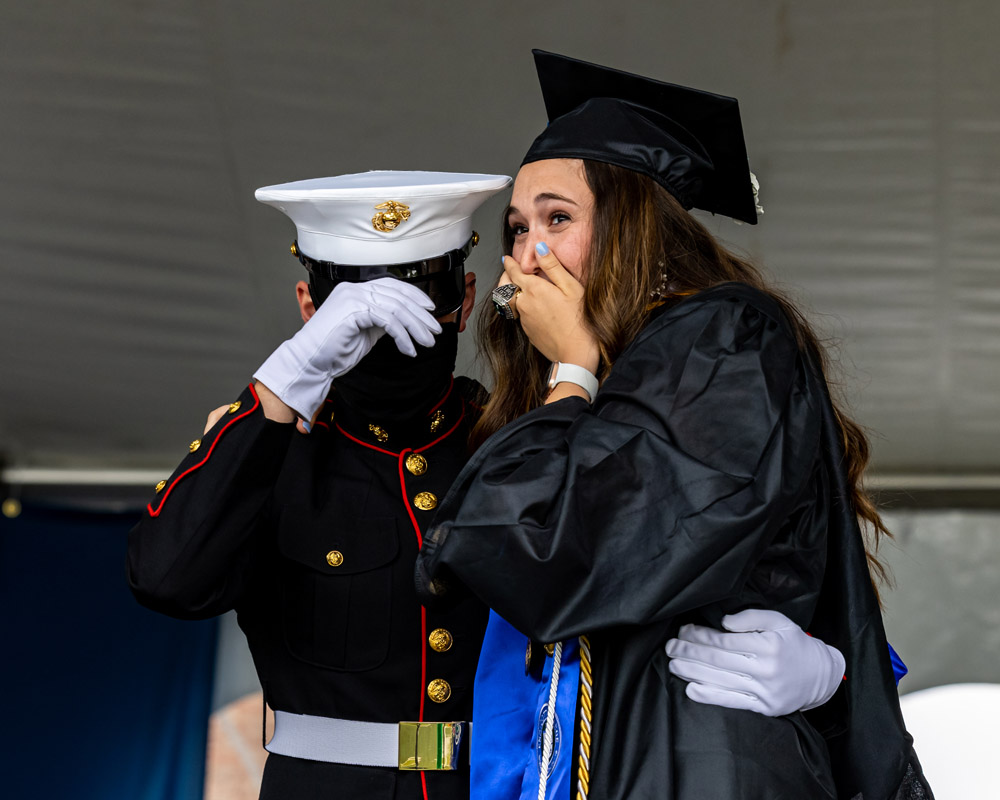 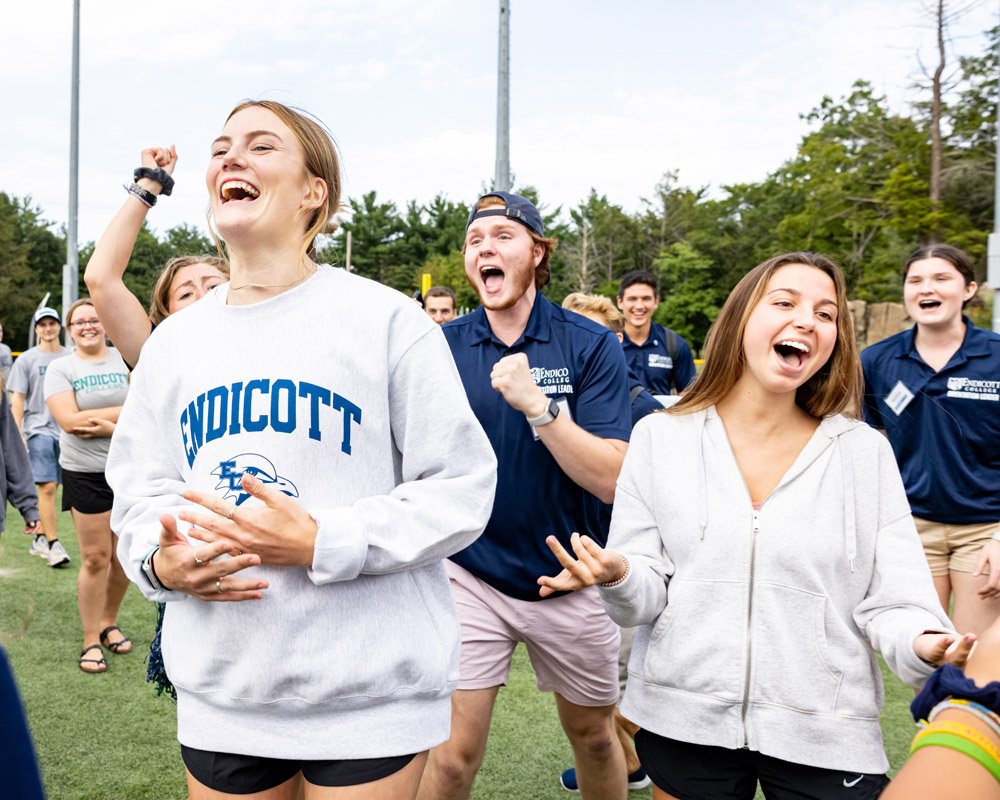 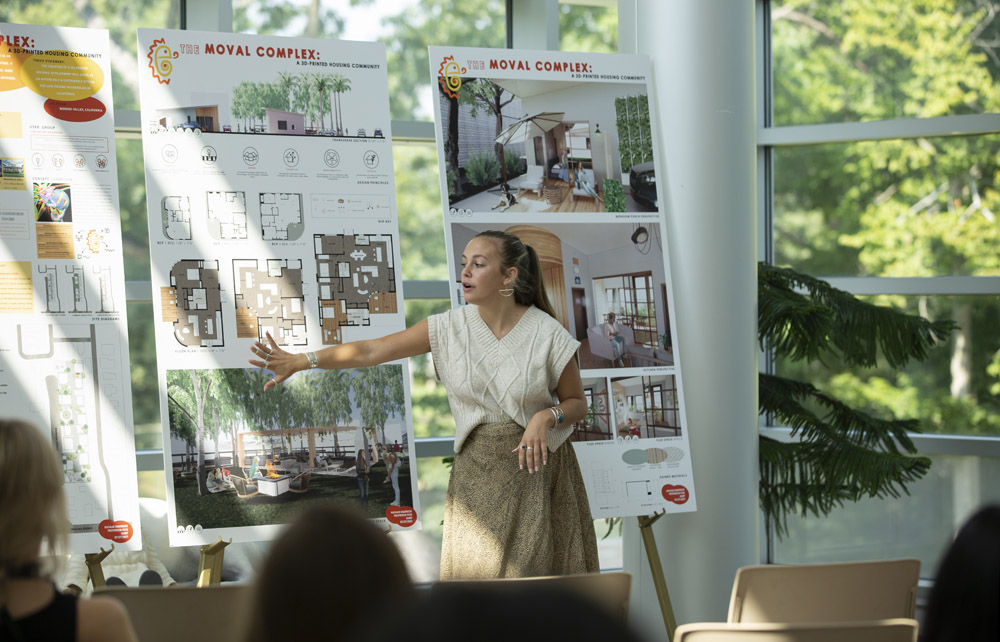 Anna Gray M’21 along with other graduate students in the interior architecture program presented design theses inside the Walter J. Manninen Center for the Arts. 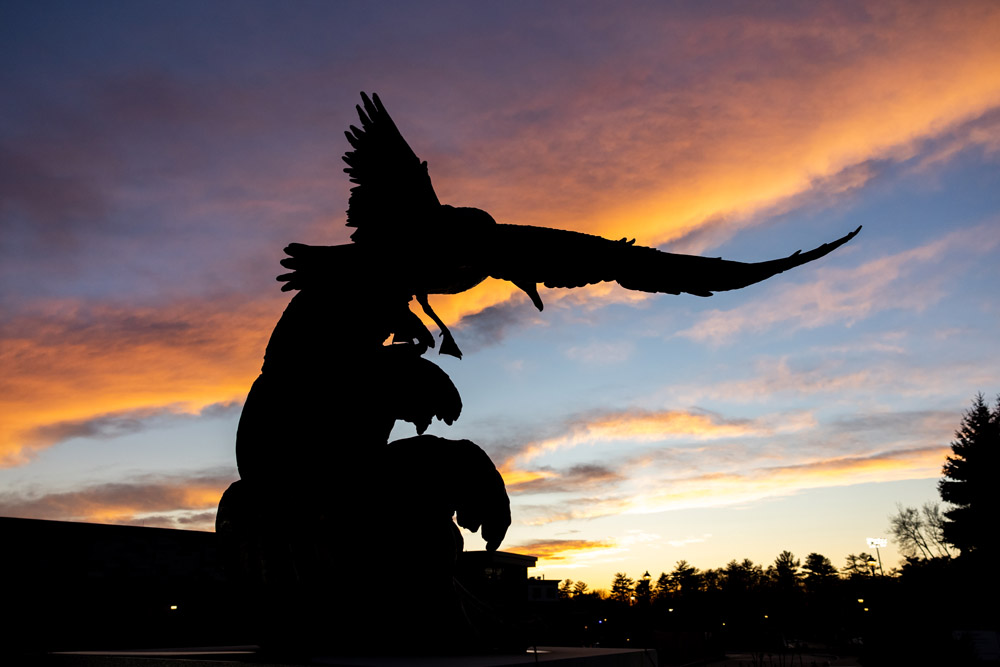 The finale of a summer sunset against the bronze Gull statue outside of the Post Center. 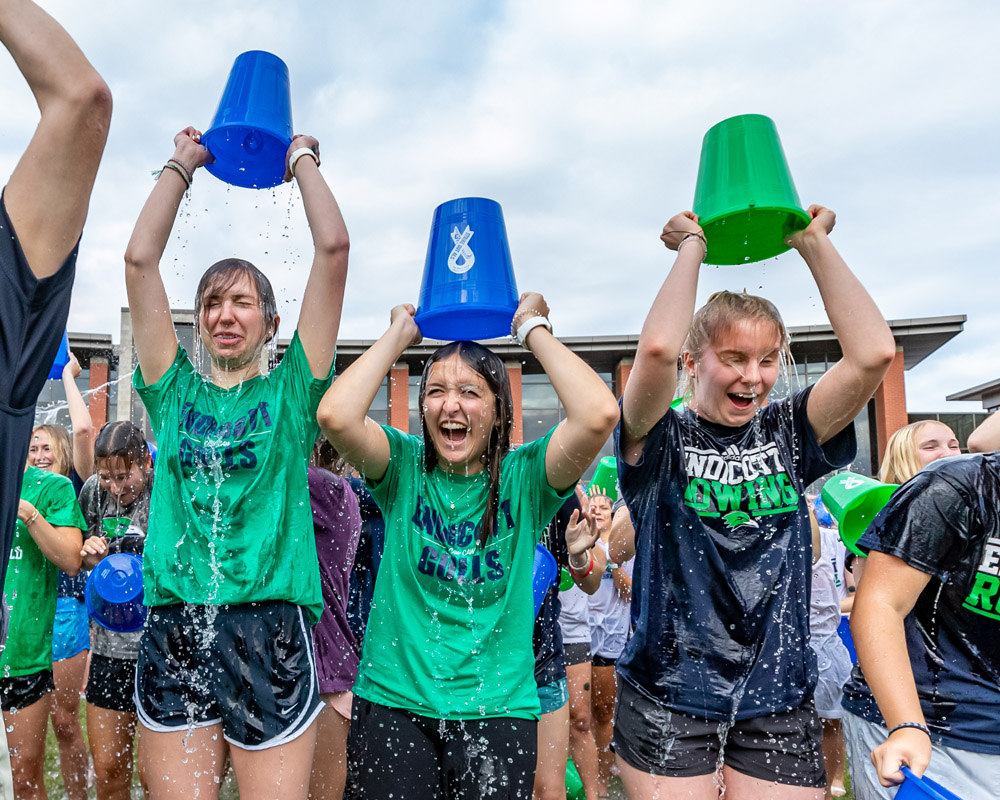 Students participated in the annual Ice Bucket Challenge, made popular by the late Pete Frates, to raise funds and awareness for ALS. 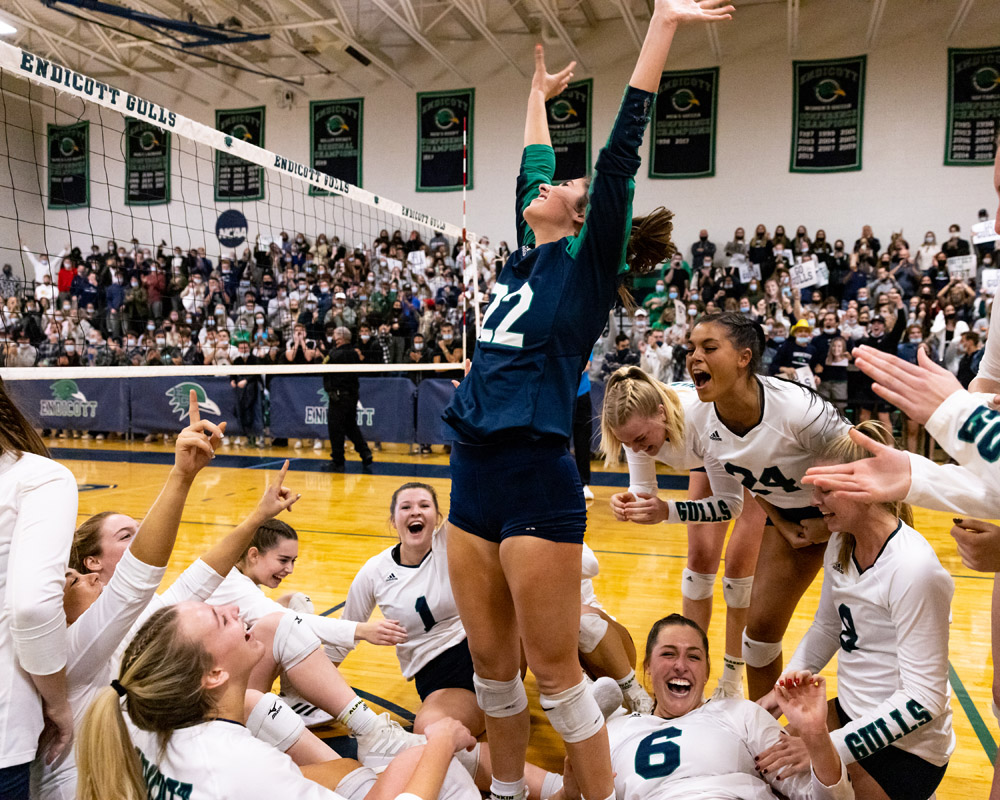 The women's volleyball team celebrates winning its eighth Commonwealth Coast Conference championship in program history with a 3-1 victory over rival Roger Williams on November 6 in front of a raucous home crowd. 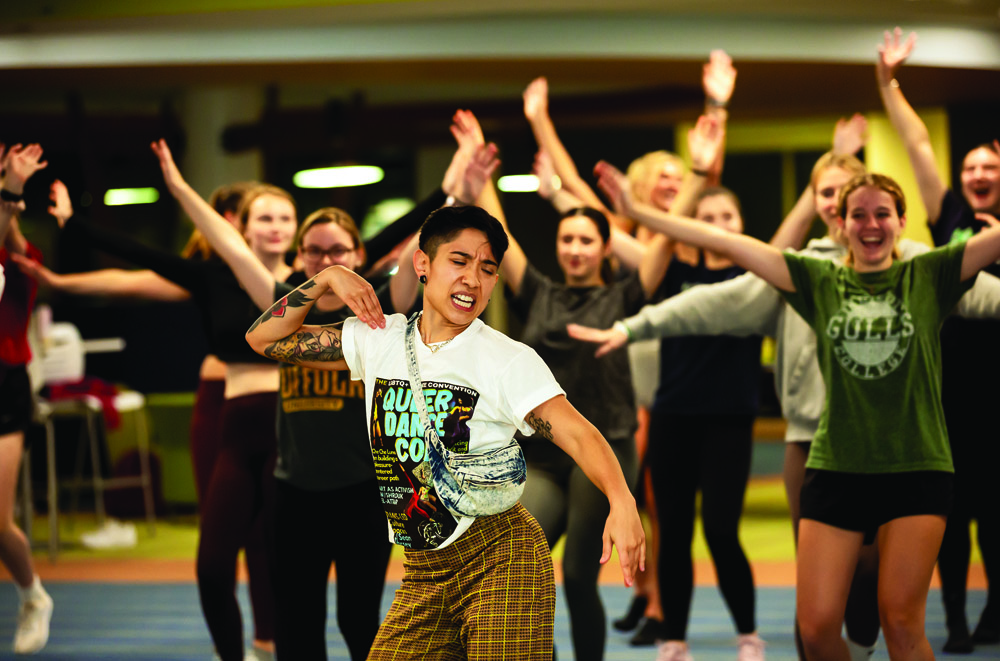 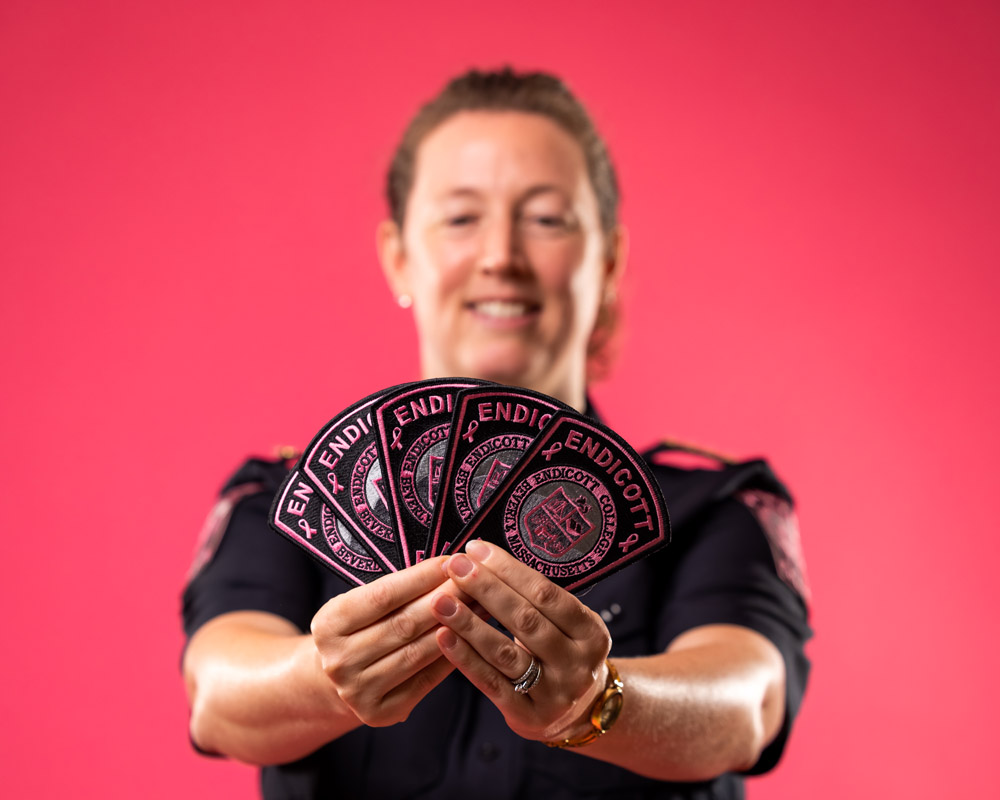 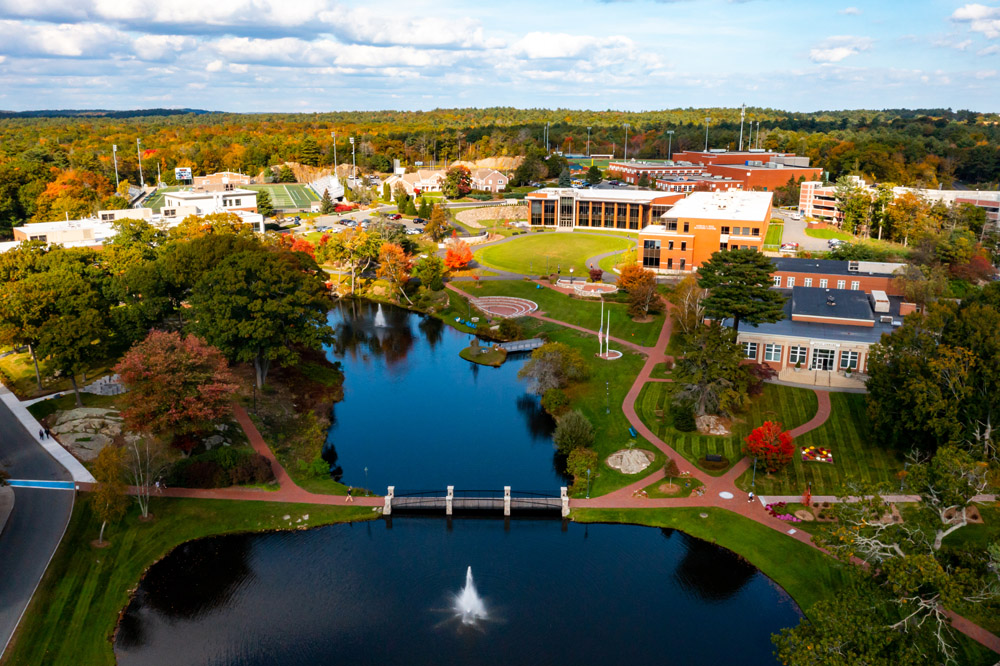 An aerial view featuring an updated bridge across the lake is highlighted by a hint of fall foliage creeping along the edge of campus. 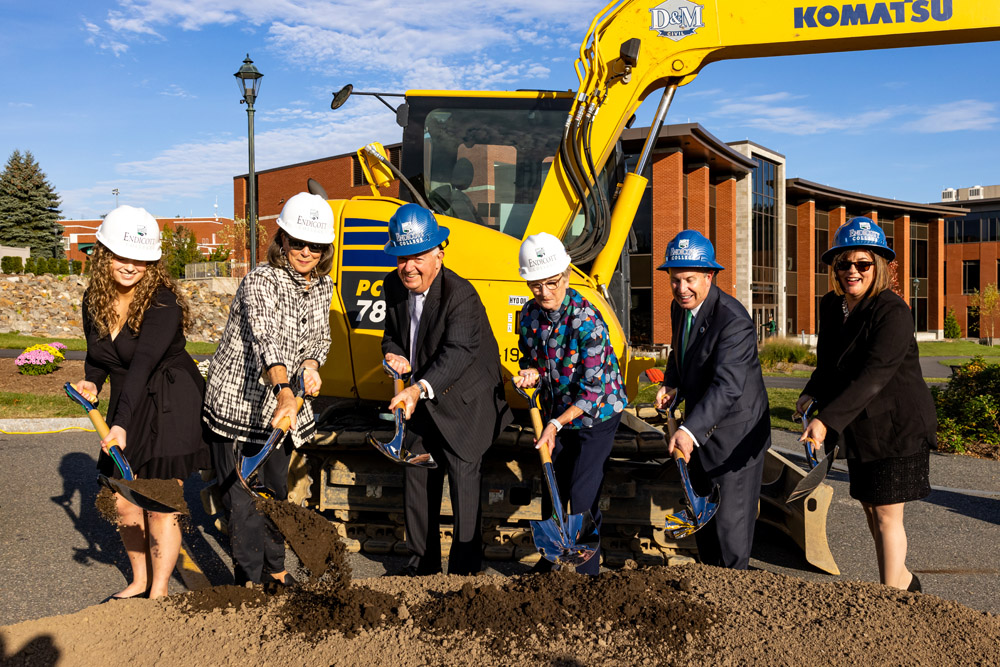 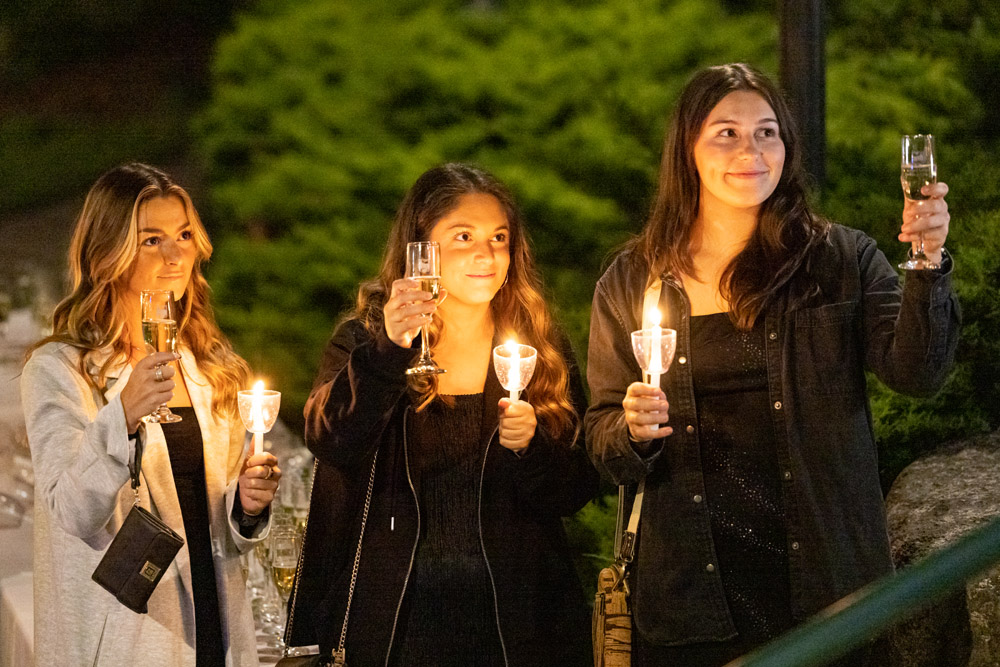 Homecoming Weekend saw the return of many alumni members, including the Class of 2020, who took part in Endicott's oldest senior class tradition, Luminaries. During the event, alumni presented their class gift, held a champagne toast, and lit the traditional luminaries. 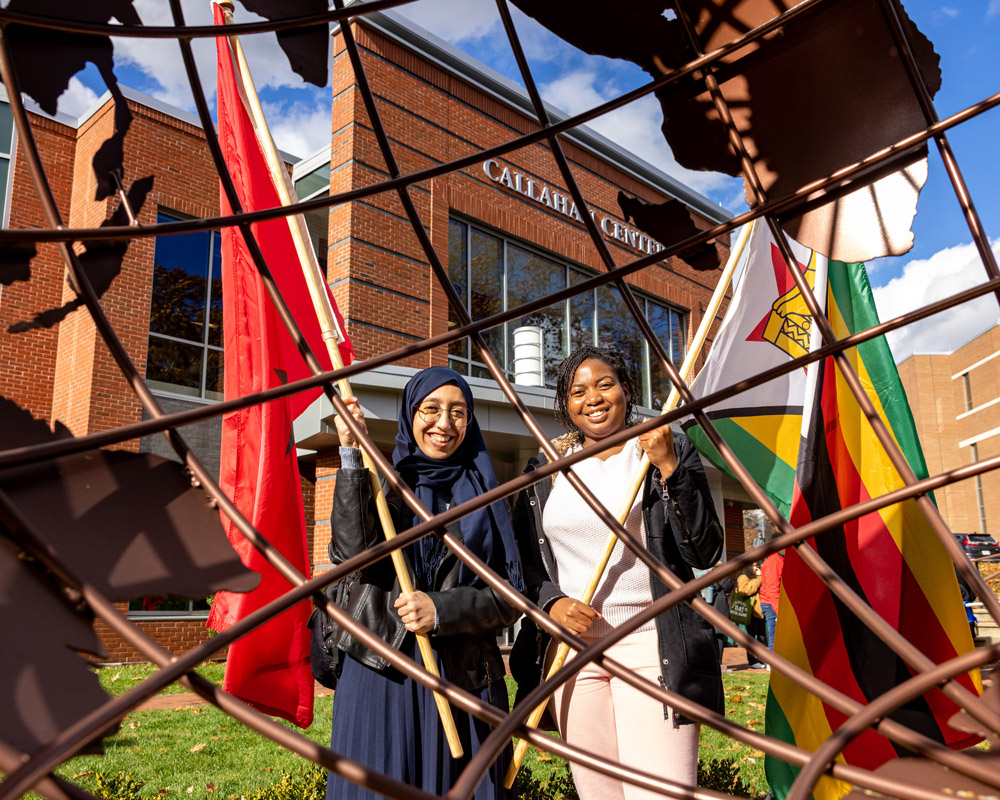 Endicott College proudly hosts exchange students from around the world and each year the students participate in the parade of flags to celebrate campus diversity. 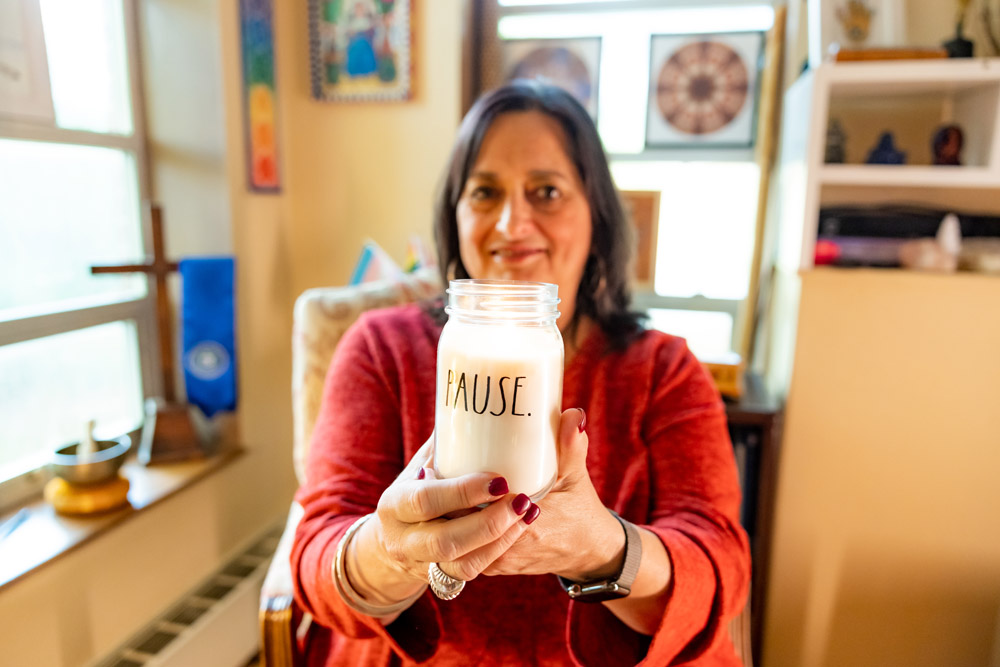 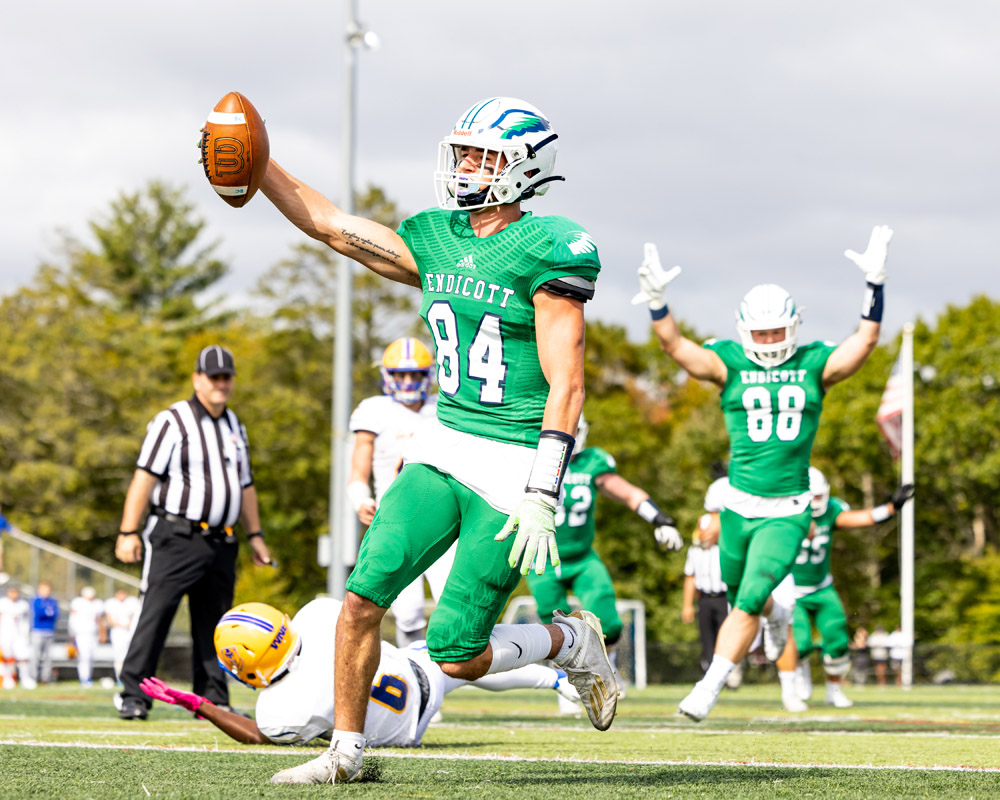 Kobe Gaudette (84) scores a touchdown in a pivotal 45-21 conference victory over Western New England on October 9. The win played a key role in claiming the Commonwealth Coast Football Championship later in the season and hosting an NCAA Tournament first round game on November 20.