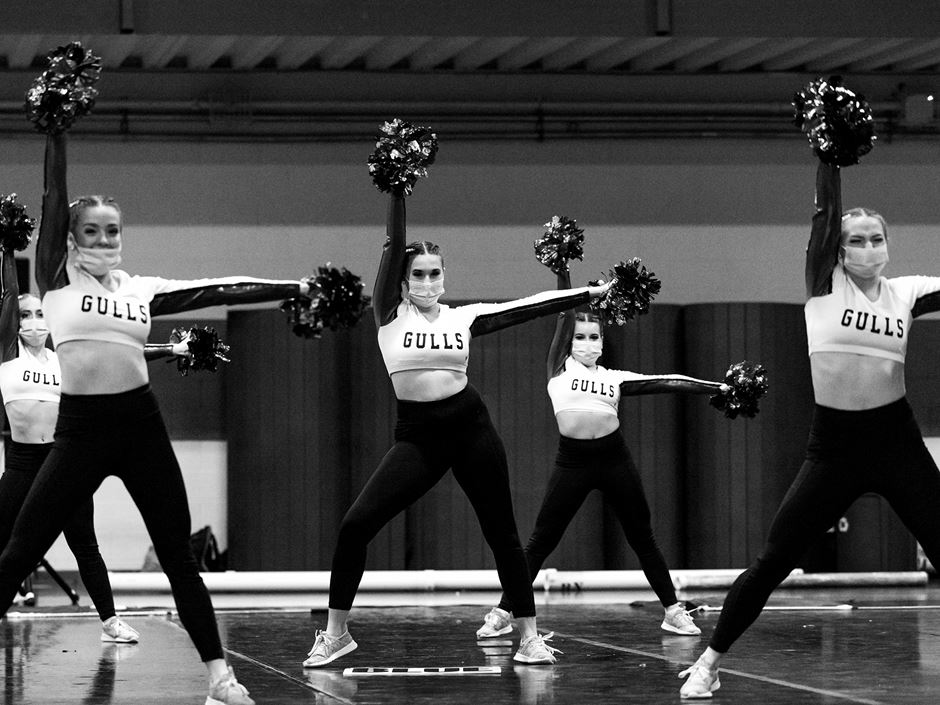 “Right before we take the mat to compete, we always have a team huddle,” said Maddison Murray ’22. “We remind each other that we are here because we love to dance and, most importantly, we love to dance with each other. We remind ourselves of the countless hours we put into this sport and encourage each other to leave it all on the floor.”

The three-time national champion Gulls received bronze medals in both the open game day and open jazz competitions (a program record for highest ranking) and placed fifth in the open pom category. The three-day competition was held at the ESPN Wide World of Sports Complex in Orlando from January 14-16.

“Although we are a young team, each dancer has so much respect for one another and pride for the program. You cannot teach, rehearse, or drill team chemistry and this team truly has it!” said Head Coach Nicole Sao Pedro-Welch M’12. “All three routines were performed to their best ability at the proper time and that is all a coach could ask for. It’s been a pleasure watching the team’s work ethic and focus develop over the past 8 months.”

The team will next compete in the UDA New England Regionals on February 27, after which Pedro-Welch plans to hold a celebratory luncheon to celebrate this year’s success as well as the senior class.

“We’ll also start preparing for next year,” she said, “because it’s never too early to plan for the future.”

“Over the last four years I’ve truly had the most incredible time with the Endicott College Dance Team,” added Murray. “I wouldn’t trade a single moment I’ve had with this team for the world, and I couldn’t be prouder of all we’ve accomplished together. It’s crazy how fast my time on this team has flown by—I’d give anything to do it all over again.”

Photojournalist David Le captured the team in a virtual send-off performance for the Endicott community prior to the championship. These stark black and white photos highlight the team’s precision and contrast with the bright, dreamy portraits of senior team members. 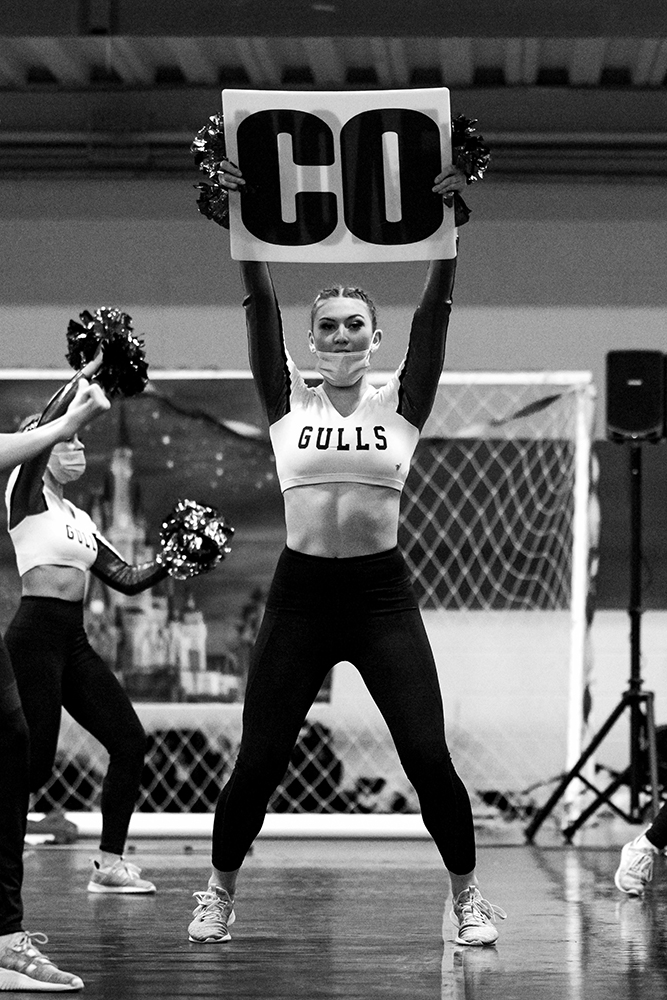 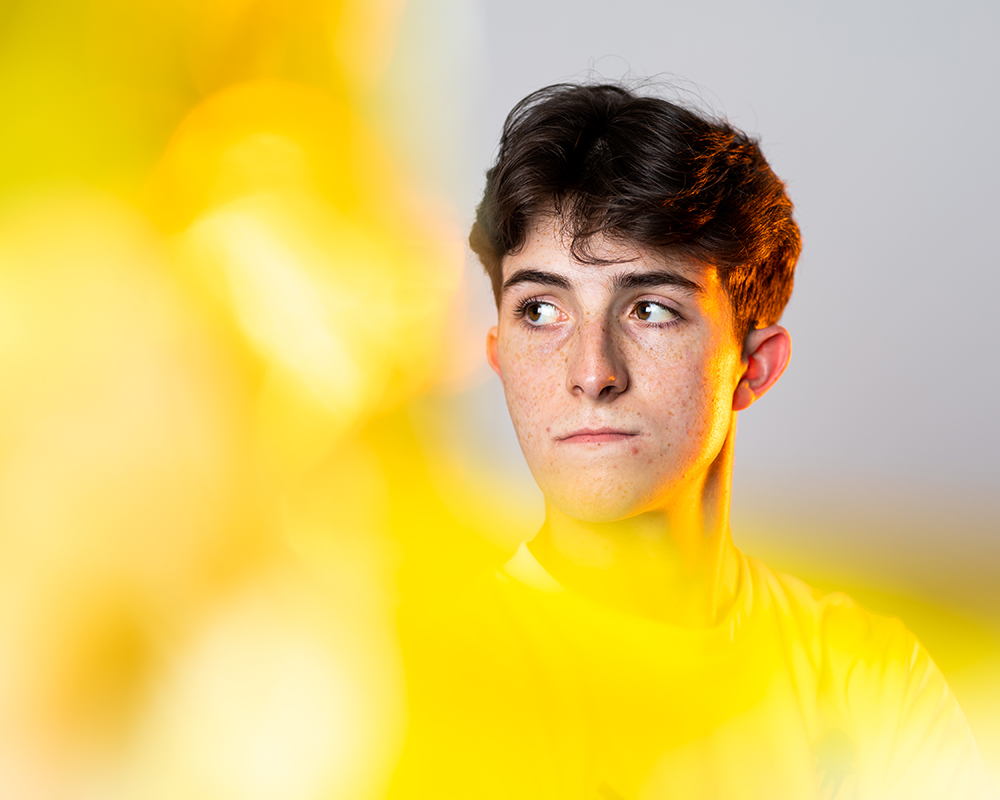 “It is extremely tough to see my time as an Endicott dancer coming to an end,” said Steven O’Connor ’22, from Tewksbury, Mass. “It’s difficult for me to even think of leaving my team behind as I part from the Nest this upcoming May. Dance has been an enormous part of my life for as long as I can remember. Dancing at Endicott was one of the best decisions I could have ever made and I would not trade it for anything. I hope that this is not the end of my dancing career, and I hope the future has a few more performances for me in store.” 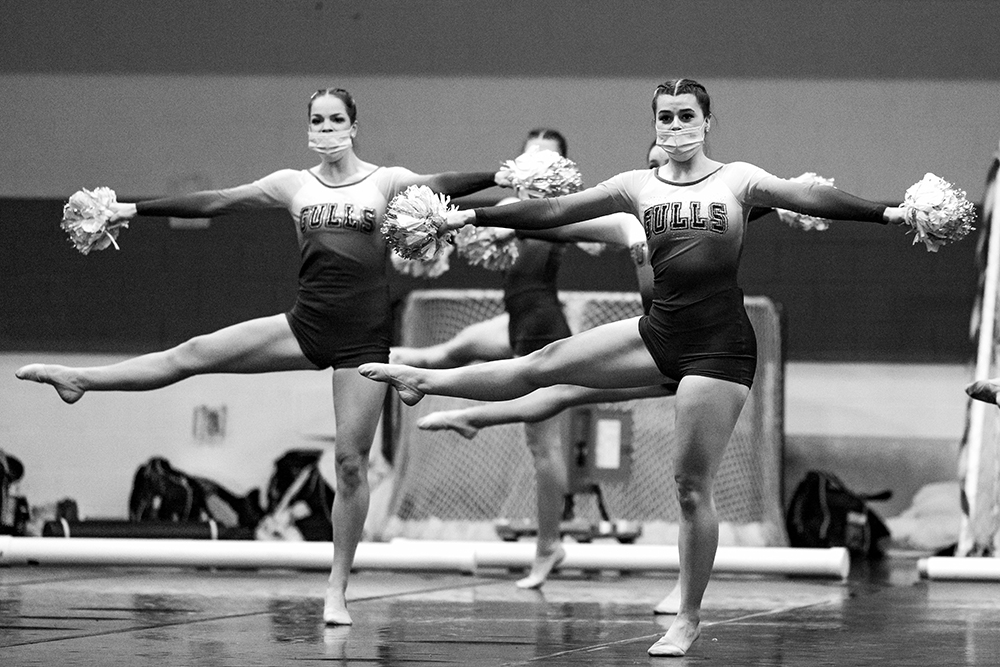 Brianna Conlon '24, a criminal justice major from Westminster, Mass., and Madison Dourdoufis '22, a biology and biotechnology major from Stratham, N.H. 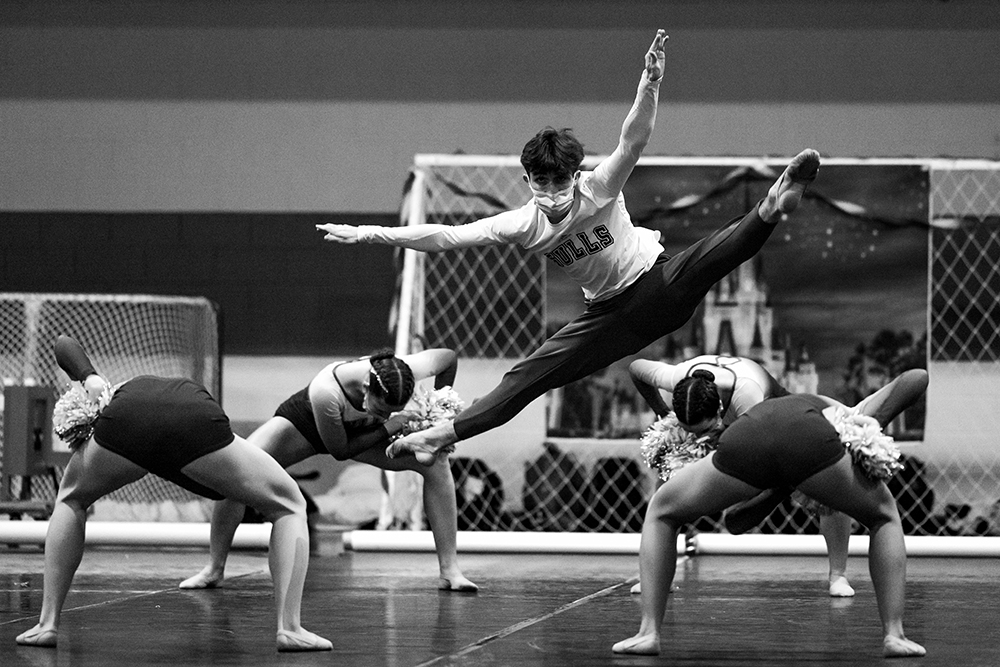 “My teammates hype me up like nobody else,” said O’Connor. “Their words of encouragement never fail to get me pumped up to compete. We are each other’s biggest supporters!” 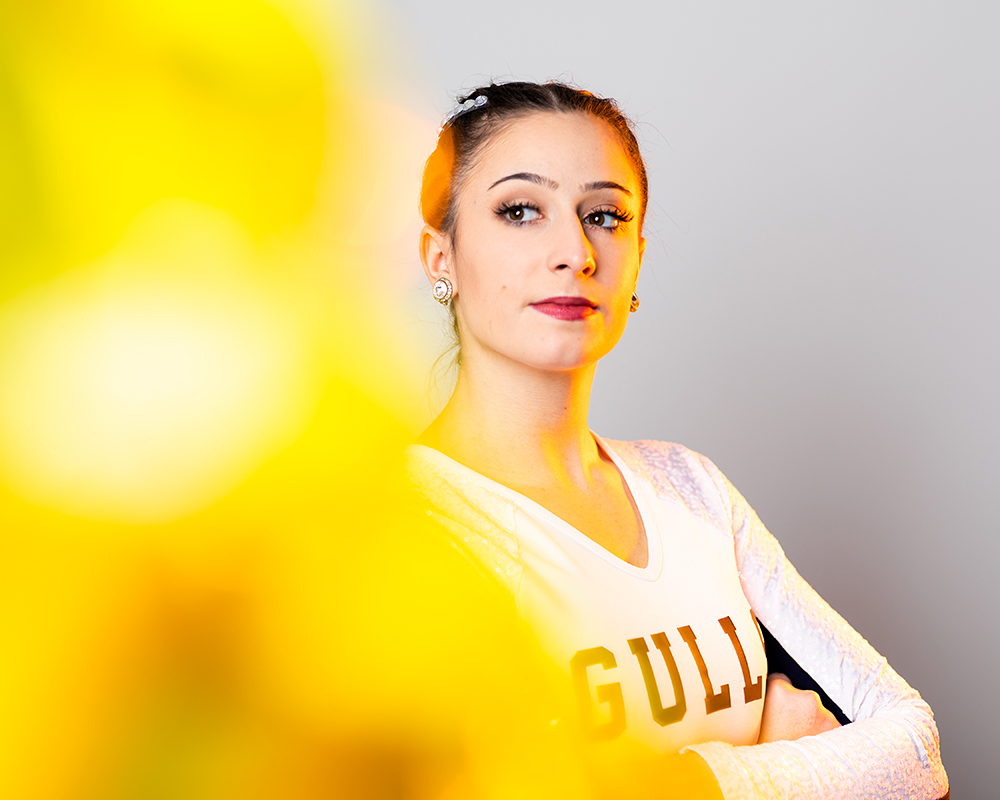 “Dance has always been a huge part of my life, and I know it will continue to be a part of my life in some capacity even after I graduate,” said Maddison Murray ’22, a liberal studies/education major from Douglas, Mass. 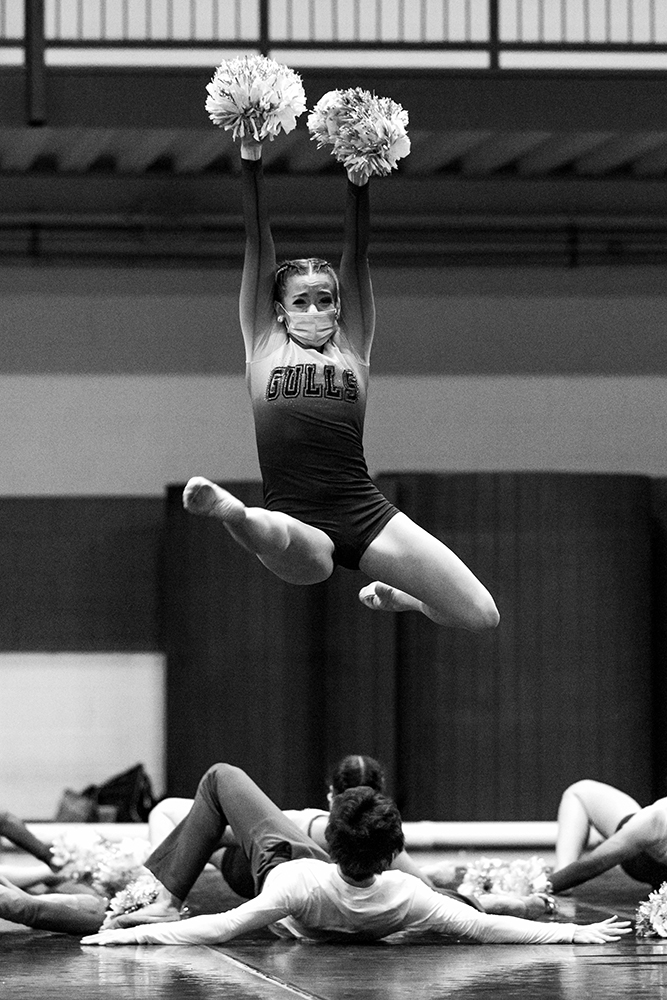 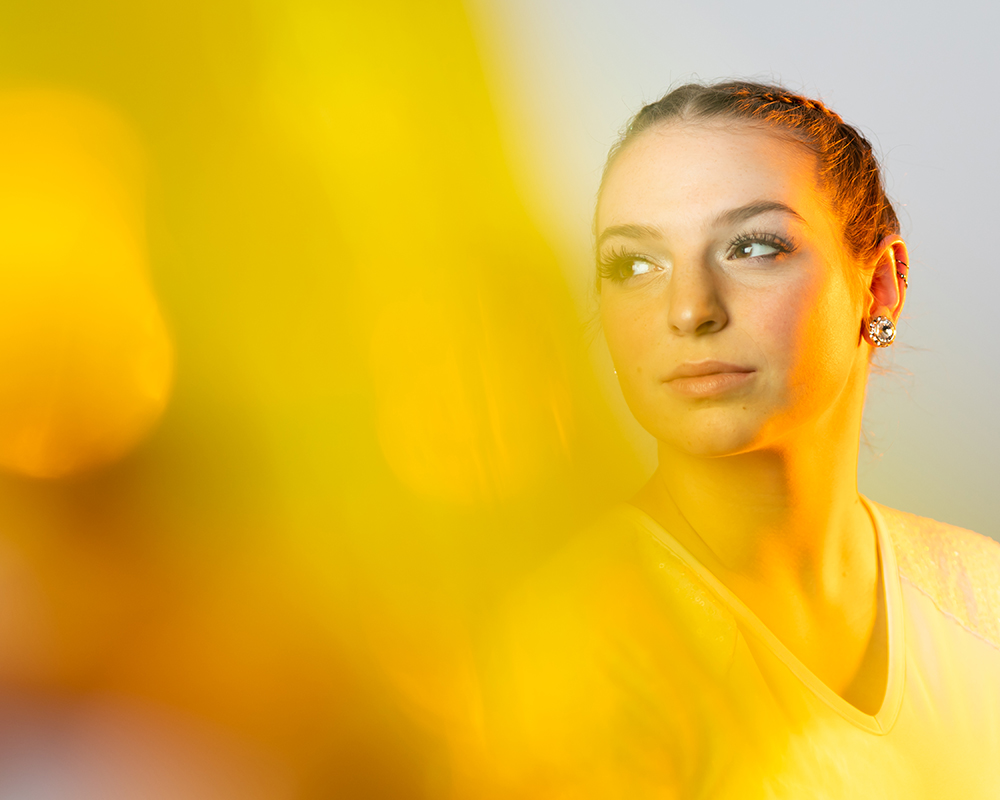 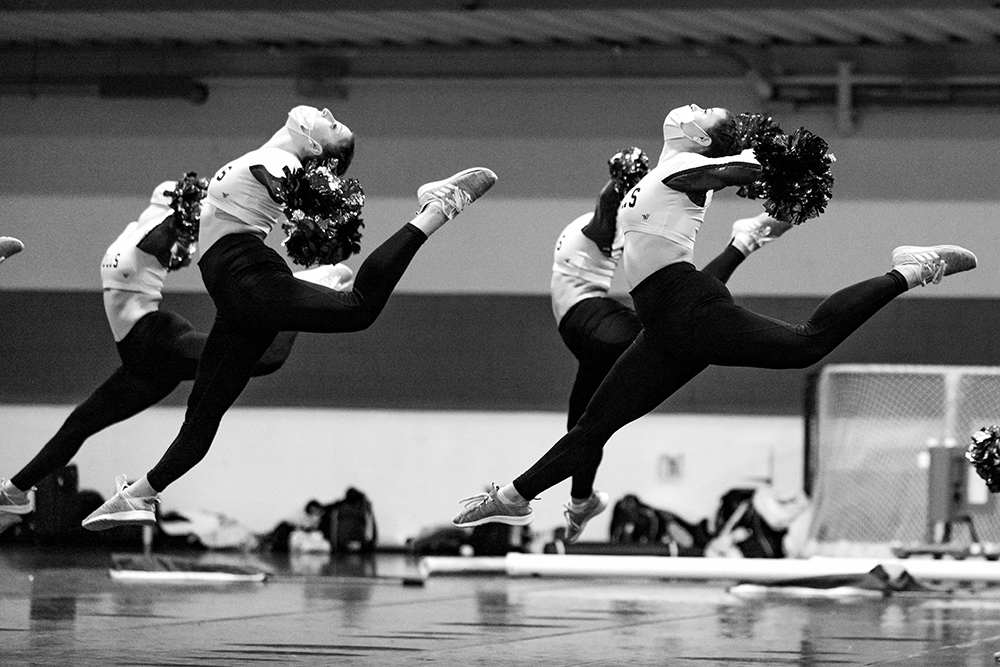 On the lessons the team is taking with them to the UDA New England Regionals: “To continue to dance for each other and control the controllables, which are executing skills, projecting emotion, and staying present,” said Pedro-Welch. “You never know what a judge will like or not like, so all you can do is dance your best, give it all you have, and just be proud of the performance.” Pictured here (in front) are Maddison Murray '22 and Madison Dourdoufis '22. 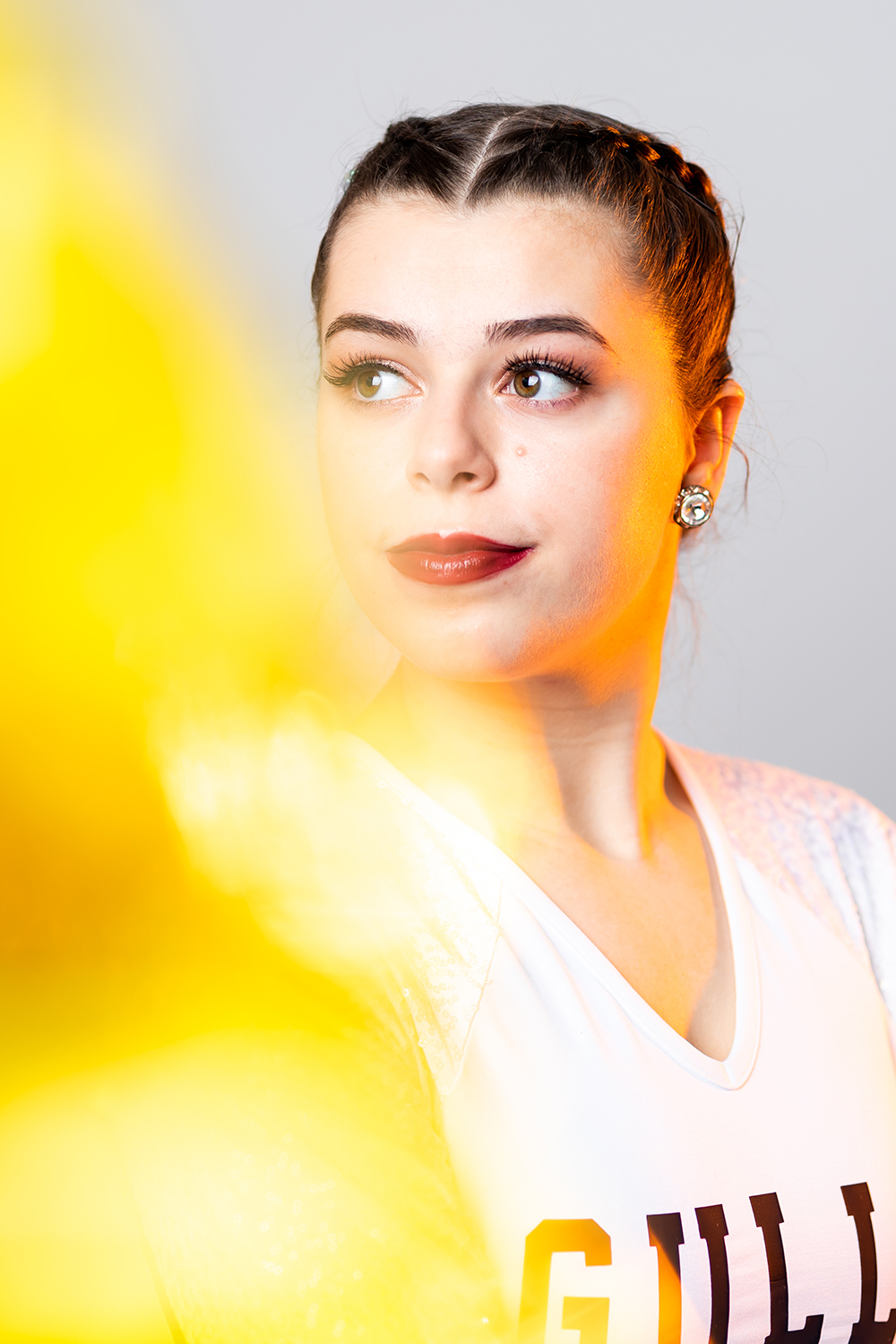 “Dance has had a huge impact on my experience here at Endicott,” said Murray. “If it wasn’t for the dance team I would have never even applied. Through dance at Endicott, and the team especially, I have not only been able to pursue my passions, but have made friendships to last a lifetime. My teammates have truly become my family.”