Founded in 2011 with a single classroom lesson in a Beverly, Mass. public school, Change is Simple’s “super-charged STEM curriculum brings environmental, sustainability, and climate education to more than 8,000 elementary and middle school students in the Boston area each year.” Endicott College has proudly been involved since the start through its internship program.

Both Martinelli and Owens were involved in teaching programs on-site at local schools through fun, interactive education sessions. One included a seemingly never-ending snake made of single use plastic bottles, another was a hands-on lesson about the importance of soil, complete with mason jars containing upper (humus and topsoil) and underlying (subsoil, regolith, and bedrock) horizon layers. Young learners are engaged and inquisitive during these sessions. Who wouldn’t be?

So what happens to such experiential in-person learning adventures when schools unexpectedly shut down due to a global pandemic? Let’s find out. 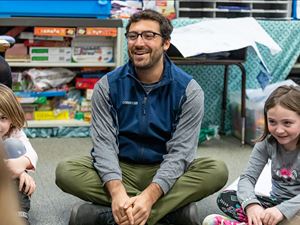 “At first, it was pretty shocking,” says Martinelli. “Thinking about not being about to go into school and interact with the students, I was at a loss.” But, then he thought about how a principle of Change is Simple is to always approach issues in a different way—even with regular in-person programming. This, along with his belief in the organization’s leadership and “awesome staff,” he knew they would all find a way to continue bringing innovative education to children.

Owens’ initial reaction was sadness. “I love getting to engage with students in the classroom and see how excited they get over an activity or topic,” says Owens. “I was sad because I thought we were done, but when we had our first meeting after the news, I immediately knew our work with students was far from over.”

The Change is Simple team began to, well, change. They started recording videos to introduce new topics and writing fresh activities for students to do from home. Like other educational outlets, they used Zoom to connect with learners. “The first time I did a live Zoom lesson after about two months of not talking with students, I remember how much it made me smile, because even through a computer they still were excited about the topics and eager to learn and play games with us,” says Owens. His role was to help other lead educators and interns create new lessons three days a week for all students who accessed the website from around the world. “I became a video editor, website blog designer, and began coming up with new activities on similar topics we already teach about, but in new and exciting ways.” Online blog post lessons were created by a team of educators focusing on environmental science and sustainability. Zoom lessons followed. Each educator used different methods, but they were committed to making the lessons as engaging—and fun—as possible.

While Owens focused on new material, Martinelli worked to transform some existing in-person lessons to a digital platform and helped keep the team on track. “It has been a very weird time trying to manage a team remotely when I used to just be able to pop my head from behind my desk to answer questions or make sure things were going well,” he says. Despite the challenges, he worked to be sure his team had what they needed to be successful. And, his skill set grew to accommodate current demands. “My computer and technology skills have increased the most. Every post we create has an accompanying video; these were created by using iMovie, which I had no previous experience using.”

Whether content was new or existing, each lesson encouraged “screen-free” activities to maintain important hands-on engagement, like making seed paper, collecting outdoor samples, using observation sheets while on a walk, or finding flowers to draw and identify their parts. It was also important to maintain personal connections with students. They tried to limit classrooms to one at a time, even though teaching many classes at once through Zoom is possible, as they wanted to be sure they could see all of the students in one screen. They called them by their names, and made sure everyone had the opportunity to speak.

“We are a very hands-on education organization; we have and use a ton of learning materials and we thrive while making direct connections with the students,” says Martinelli. “The hardest part of all of this was to alter our thinking to try and get our lessons across to students without the things that kind of make us…us.” To that same point, he mentioned that it was rewarding seeing all of the amazing material that the team created after the school year was over. “I truly did not realize how much content we were pumping out while we were in the midst of it.”

For Owens, a big challenge was going from a physically active job to sitting at a computer for his whole day, every day. He really enjoys traveling to different schools and always being on the move.

When asked to recall a positive story related to the move to remote lessons, both Martinelli and Owen eagerly shared. “For one online learning session, Ethan (another lead educator) and I went to the Ipswich River to film a virtual field trip,” says Martinelli. “While we were pumping up our paddleboards a mom spotted us in our Change is Simple t-shirts. She approached us and said that her son uses our material every week. She then told her son that we were the ‘Change is Simple guys,’ and he was so excited to actually meet us!” Local celebrity status achieved.

Owens talked about the effect Change is Simple has on teachers and students during these difficult times. “I've had teachers tell me that their students have been struggling to engage in virtual classes, and when they email me after our lesson, thanking us for keeping their students engaged—that is a cool feeling. Seeing all the students playing the games, many asking and answering questions, that feels like success to me.”

It is clear that teachers and schools still want Change is Simple to be a part of their curriculum. “We have received much feedback that shows us we are still an integral part of a school's learning goals,” says Owens.

Considering the road blocks, the volume of content, the need to quickly learn new skills, and—most importantly—the desire to keep teaching children that they can help the environment, one thing remains clear. For Change is Simple, change is success. 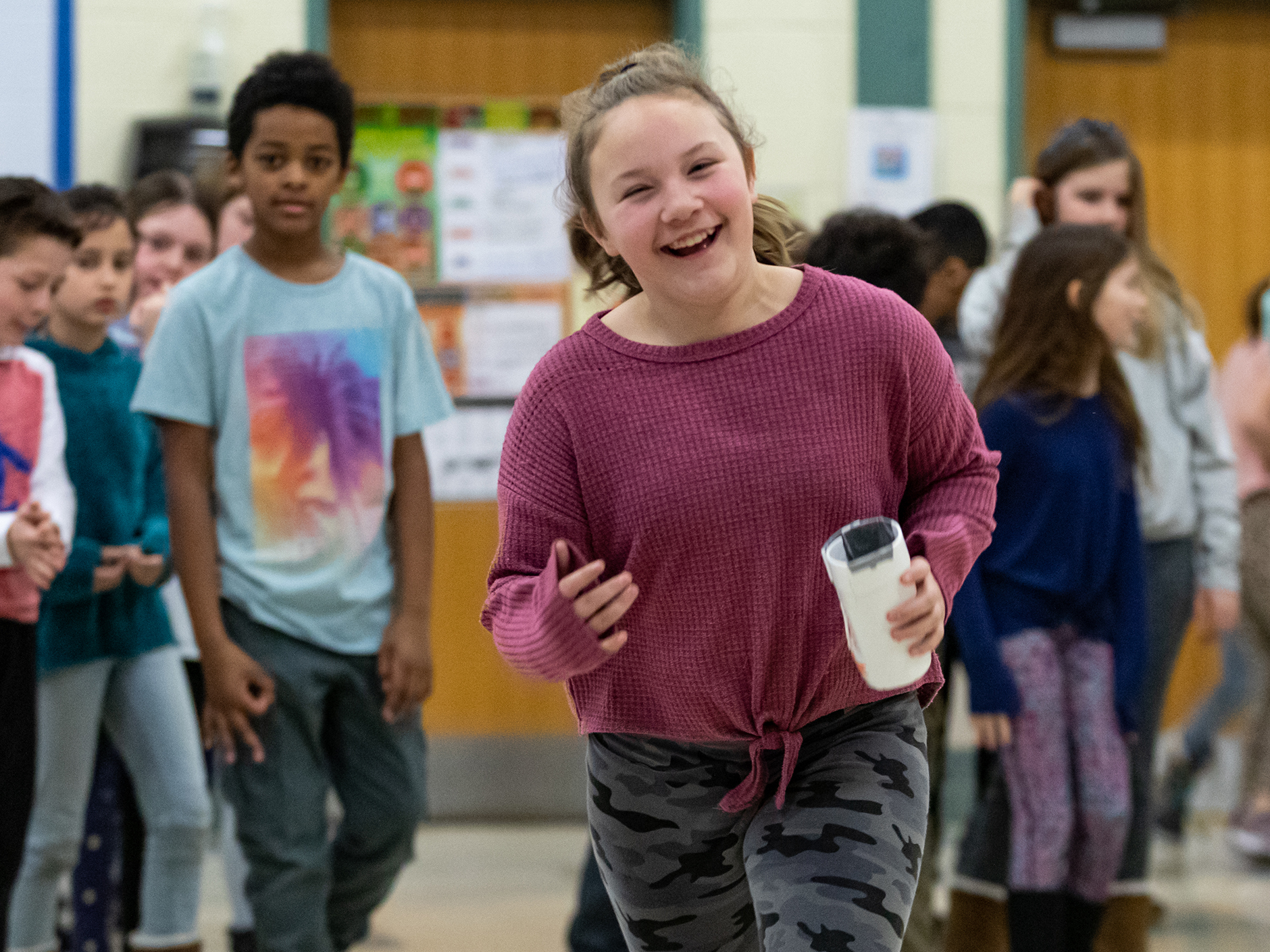 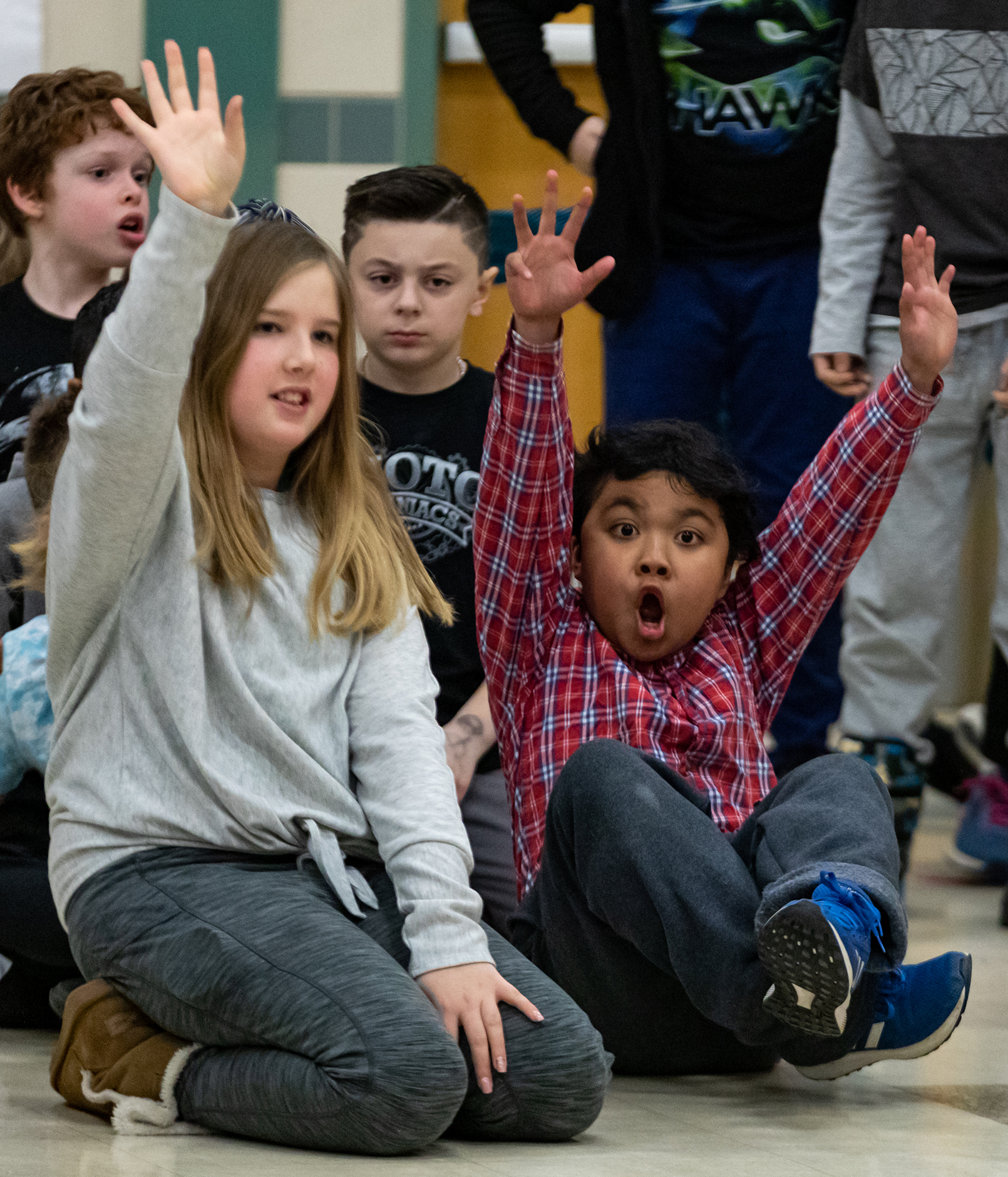 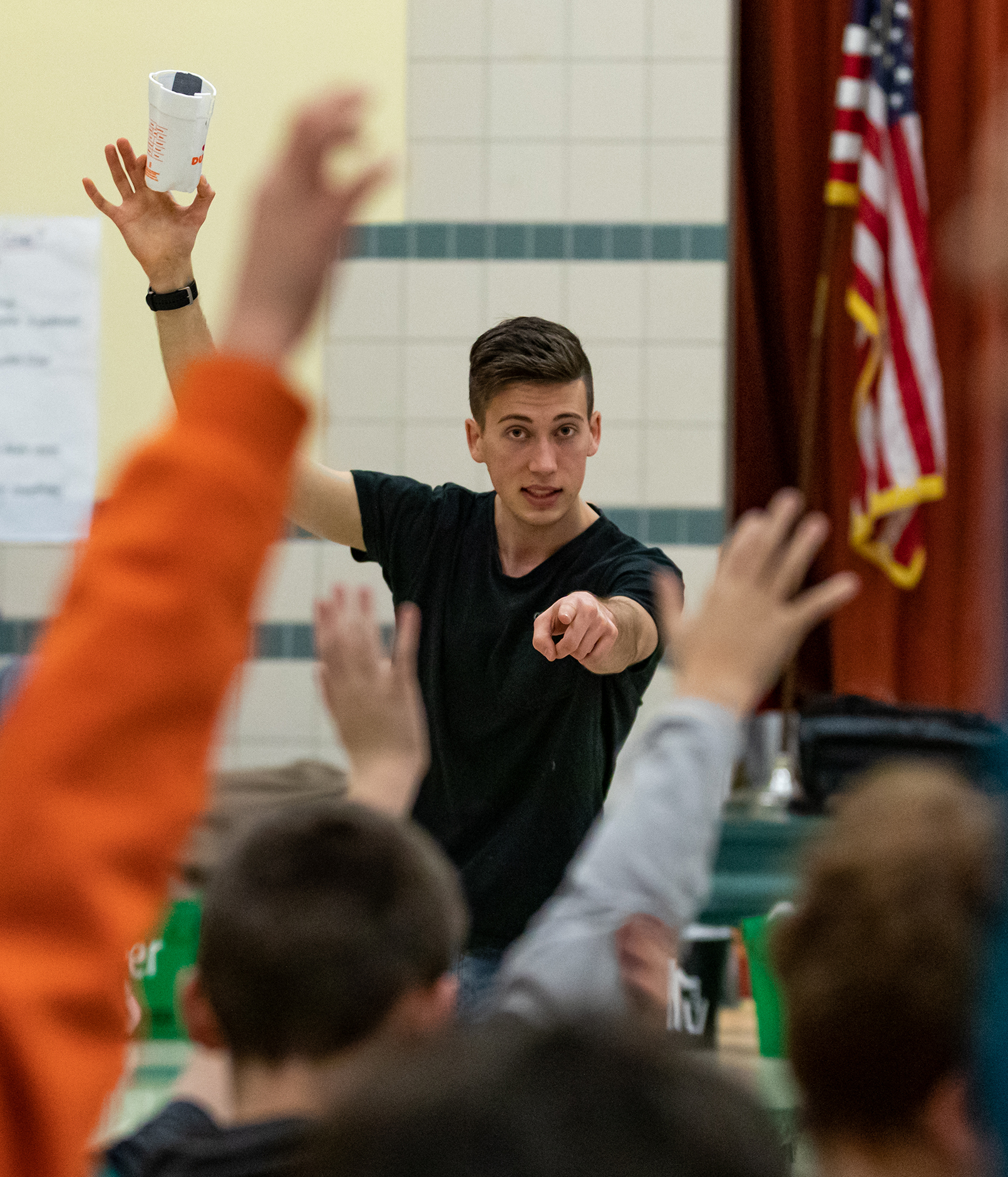 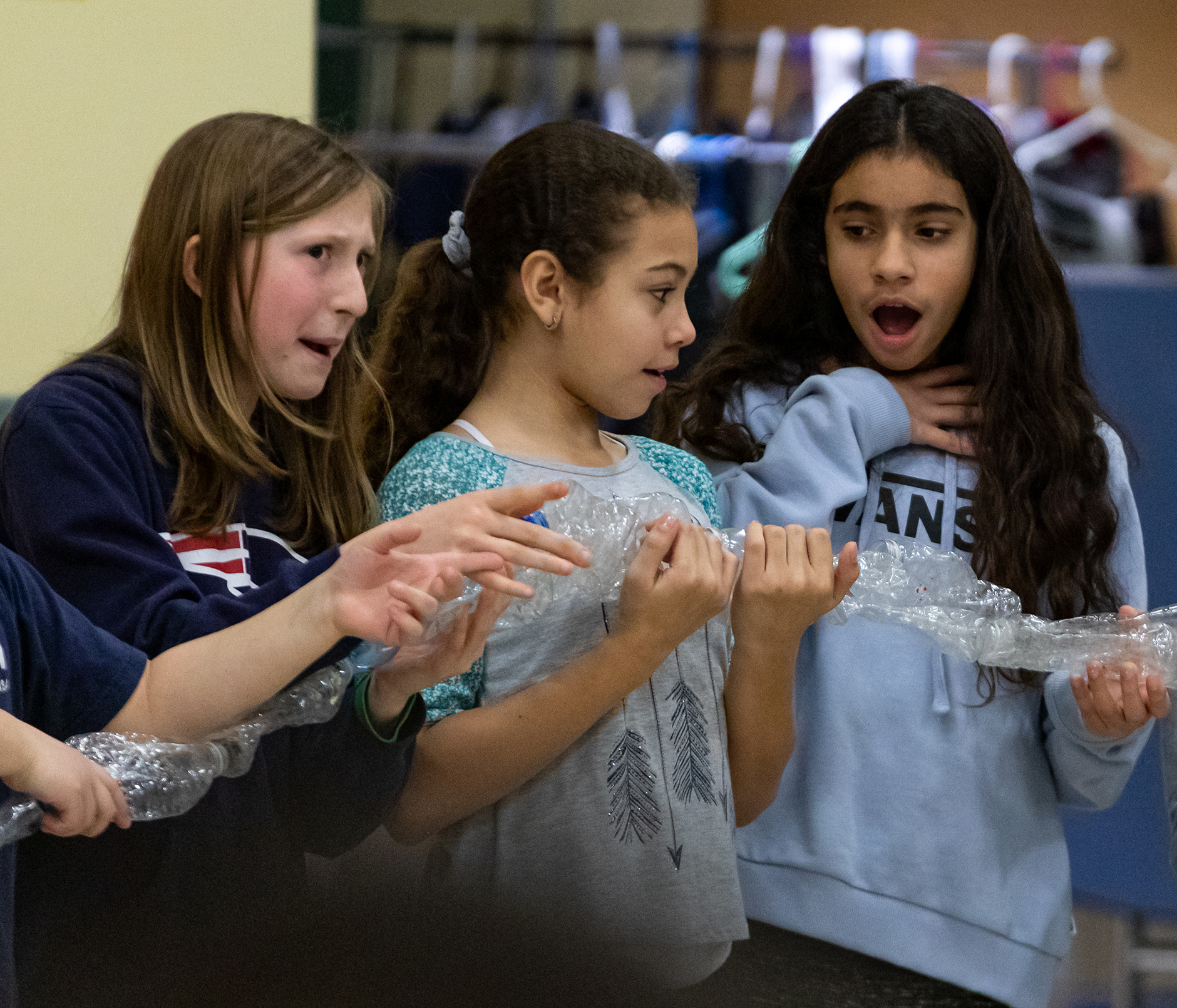 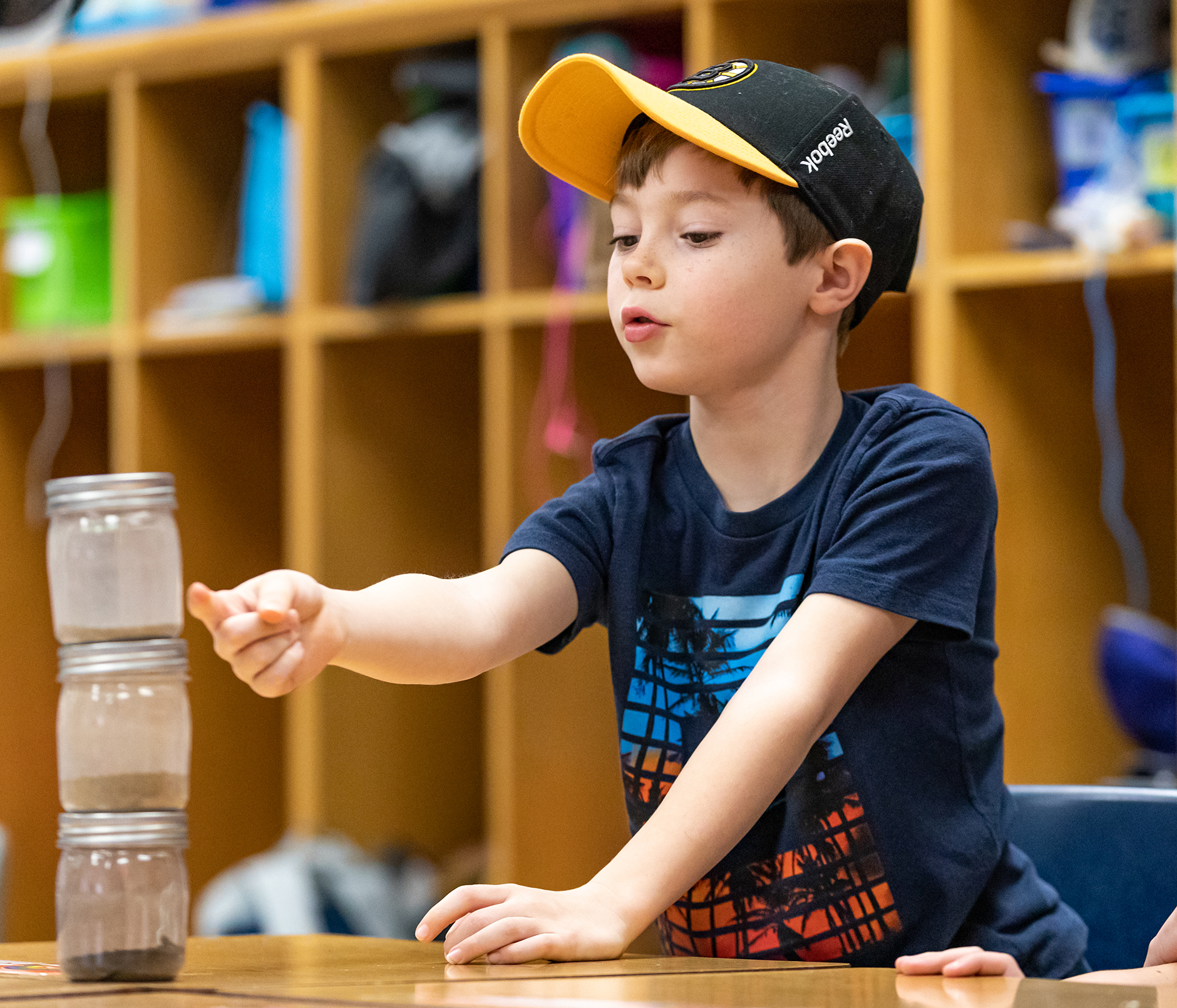 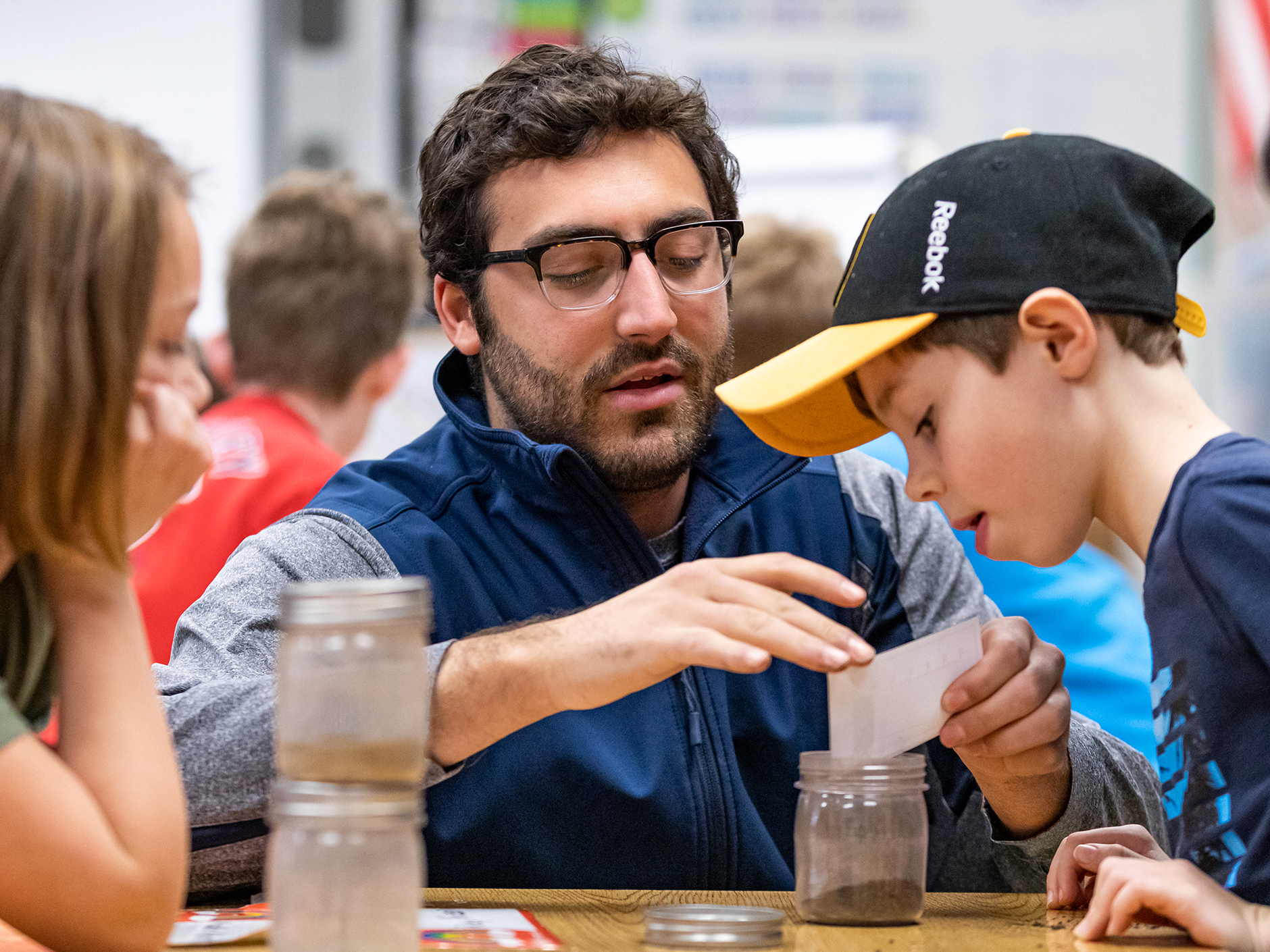